The Africa rising mantra has been repeated so many times that it has become almost sacrilegious to question it.

It’s not like there is no evidence to back up the claim. The continent has seen impressive economic growth over the last decade. There is indisputable new wealth being created. Meanwhile, a confident consumer class is emerging and is ready to spend.

But what is also clear is that significant challenges remain, especially for the continent’s growing youth population. Over the last 25 years, young people’s participation in the labour force has improved by, literally, zero percent, data (pdf) from the International Labour Organizations (ILO) shows. 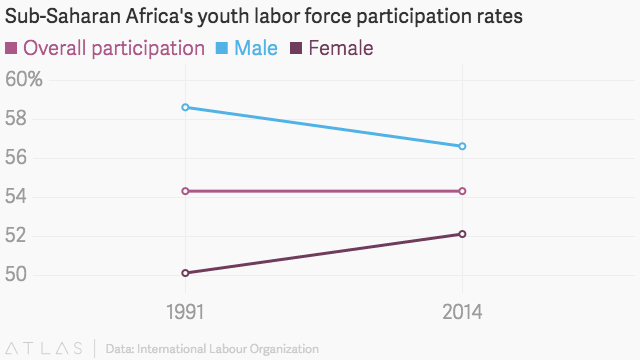 Overall, since 2007 the unemployment rate for young people in sub-Saharan Africa has been at or near 12%, with projections suggesting that by 2019, it will fall by less than a percentage point. 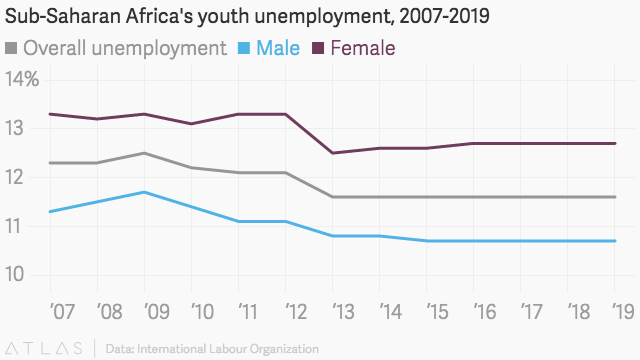 In fact, if you are young and poor in Africa, it looks like things have not improved a whole lot for you. In 1993, the young working poor made up 94.5% of the employed population. This fell to a little over 92% by 2013, the data shows.

Another thing worth noting is, in some African countries, over a third of young people could be unemployed. In Tanzania, for example, 38% of the youth are without jobs. The same thing is happening in Zambia where the figure is also at 38%, ILO’s data points out. Uganda has one of the lowest unemployment rates for its young people at 16%. It seems like despite a demographic advantage that Africa possesses, it is yet to transform it into a dividend.

It is no wonder then, of all the region’s in the world, Africa’s youth are the most willing to migrate elsewhere.