Africans are becoming one of the fastest-growing immigrant populations in the United States. The number of foreign-born Africans moving to the US has nearly doubled every decade since 1970, according to a new study from the Pew Research Center. 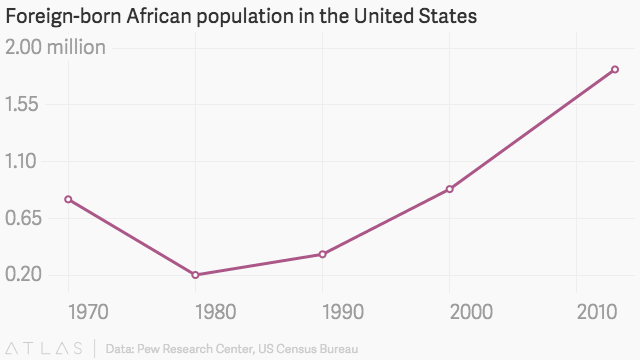 The trend can be credited to new rules passed in the 1980s and 1990s that have made it easier for those fleeing conflict areas to gain asylum as well as potential emigres from underrepresented regions like sub-Saharan Africa. The top sending countries are Nigeria, Ethiopia, Egypt, Ghana and Kenya, which account for almost half of the African population in the US. The US Census bureau has predicted that by 2060, some 16.5% of the country’s black population will be immigrants hailing from Africa as well as the Caribbean, South and Central America, Europe, and Asia. 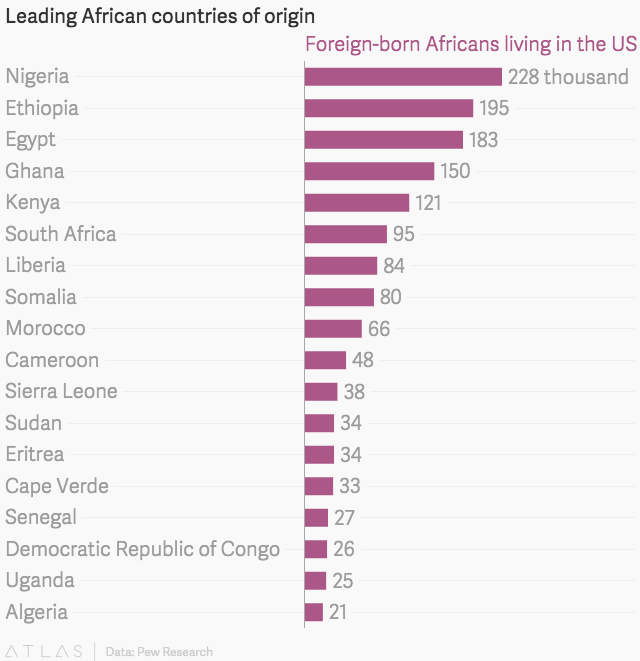 Over half move to the south or the northeast and while their numbers are small, in some places they make up the majority of the foreign-born population. Africans account for as much as 28% of South Dakota’s foreign-born residents, led by Ethiopians and 21% in Minnesota, led by Somalians.

For the sending countries, this could be a problem. Many of them are some of their country’s best educated. According to Census data between 2008 and 2012, 41% of African-born residents had a bachelor’s degree or higher, compared with 28% of all foreign-born US residents. Another analysis of Census data found that 30% of African-born residents in New York City had obtained a college degree, in contrast to 22% of US blacks and 18% of Caribbean blacks.