Angola’s economy is in a rough spot, and its currency just hit a record low against the US dollar following its latest devaluation, Bloomberg reports. 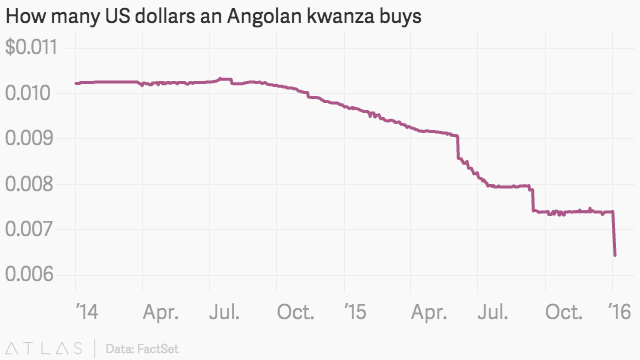 Like a lot of market developments these days, the kwanza’s lowly state has its roots in the sharp decline of oil prices over the last year and a half. Since July 2014, the currency has lost 37% of its strength against the dollar and Brent has fallen 67%. OPEC stats show that 90% of the country’s exports are oil-related, and Venezuela comes to mind as a country as economically dependent on the commodity. 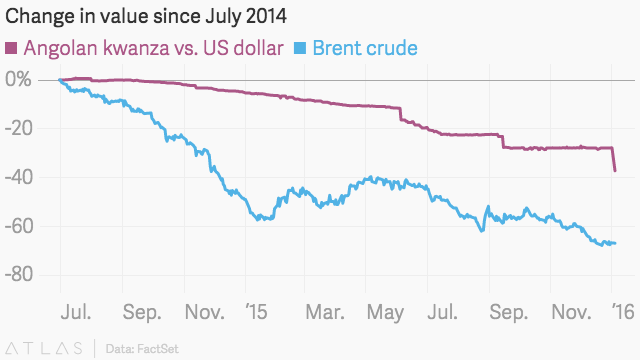 Similar issues are plaguing Nigeria and Algeria, two of the three other African members of OPEC (the third being Libya, which has a pretty relatively stabile currency  despite its governmental dysfunction than the currency issued by one). 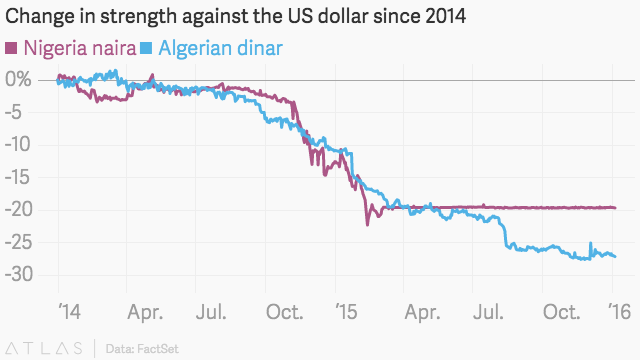 In recent months, Nigeria has launched increasingly strict capital controls that affect everything from imports to bank cards in a bid to control its shrinking pile of foreign reservers. And like Saudi Arabia, Africa’s largest economy is cutting what is likely an unsustainable fuel subsidy amid low oil prices. Likewise, Algeria is facing economic difficulties looking at reducing some subsidies of its own.