South Africa’s currency is heading south—fast. Per Bloomberg, the rand hit a record low on Monday (Jan.11), falling below $0.06. It has lost more than 60% of its strength against the US dollar since its most recent peak in May 2011. 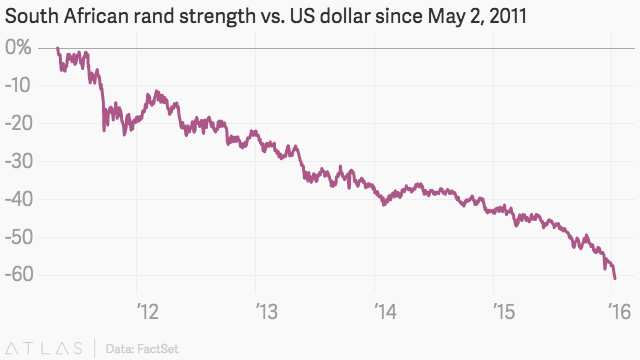 Last month, Moody’s gave South Africa a negative outlook on its credit rating, which sits two notches above junk status. The firm’s chief concerns? The country’s quickly slowing economy and what it was (or wasn’t) doing about it. Year-over-year GDP growth hit 4.1% in the third quarter of 2015, down from 16.7% in 2007. 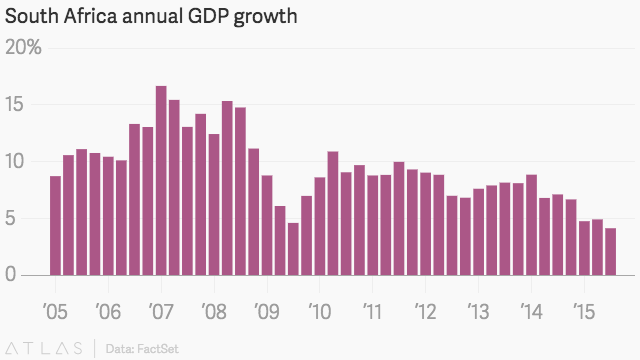 Much of the rand’s fall in the last few months has come from the revolving door leading to the finance minister’s office. Pravin Gordhan is back after his two immediate predecessors cycled through the job in as many weeks. He’s doing a decent job so far.

Still, China’s slowdown has led to multiple global commodity gluts, which has hit South Africa’s mining sector. And as fresh China concerns pop up, those will likely get passed through to the rand.