After months of speculation Barclays has confirmed that it is looking to sell its 62% stake in Barclays Africa Group Limited as part of a company-wide restructuring that will refocus the British bank’s business on its UK and other global operations.

It said on Tuesday (March 1) it will reduce its interest in Barclays Africa Group Limited to a “non-controlling, non-consolidated position over the next two to three years.”

There has been speculation for weeks that the bank has been reviewing its $8.3 billion African business. Yesterday, Barclays Africa’s share price dropped 5.5% as rumors continued to swirl over the company’s impending sale. 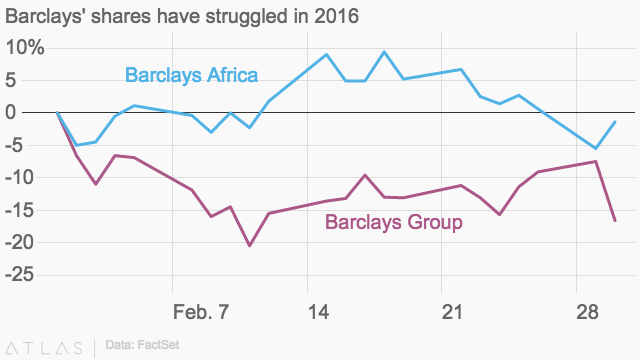 Meanwhile, a report in the Financial Times last year gave insights into the reasons behind why the bank is pulling out of the continent. The African unit’s net profits rose by 10%, providing a return on equity of 16.7%. But the weak South African rand—it lost 25% of its value against the British pound in 2015—where the bank’s African operations are based with its shares listed at the Johannesburg Stock Exchange (JSE) dragged down its overall performance to a 9% return, below its 11% target. 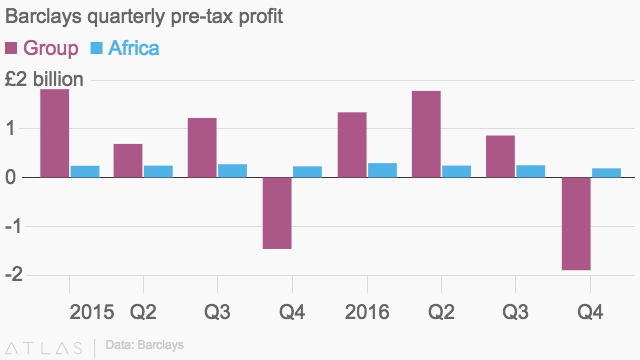 The currency struggles, plus what the company describes as risks of corruption on the continent, has led the new chief executive Jes Staley to conclude that, despite the continent being a growth area for the company, the African business is a “costly distraction”.

“Barclays does not own all of the equity, but it owns 100 per cent of the risk if something goes wrong,” one source familiar with Stanley’s deliberations told the FT.

The UK-based bank has been operational on the continent for over 100 years, listed on the Johannesburg Stock Exchange and it is one of the largest financial institutions in Africa. The company employs over 45,000 people in over 1,200 branches across 12 countries on the continent.