Skip to navigationSkip to content
This story was published on our Need to Know: COP26 newsletter, Your guide to the world's biggest climate summit..
By Liz Webber, Tim McDonnell & Amanda Shendruk
Published November 5, 2021

The first week of COP26 is over and most world leaders have gone home. Here’s what we had our eye on the past two days: 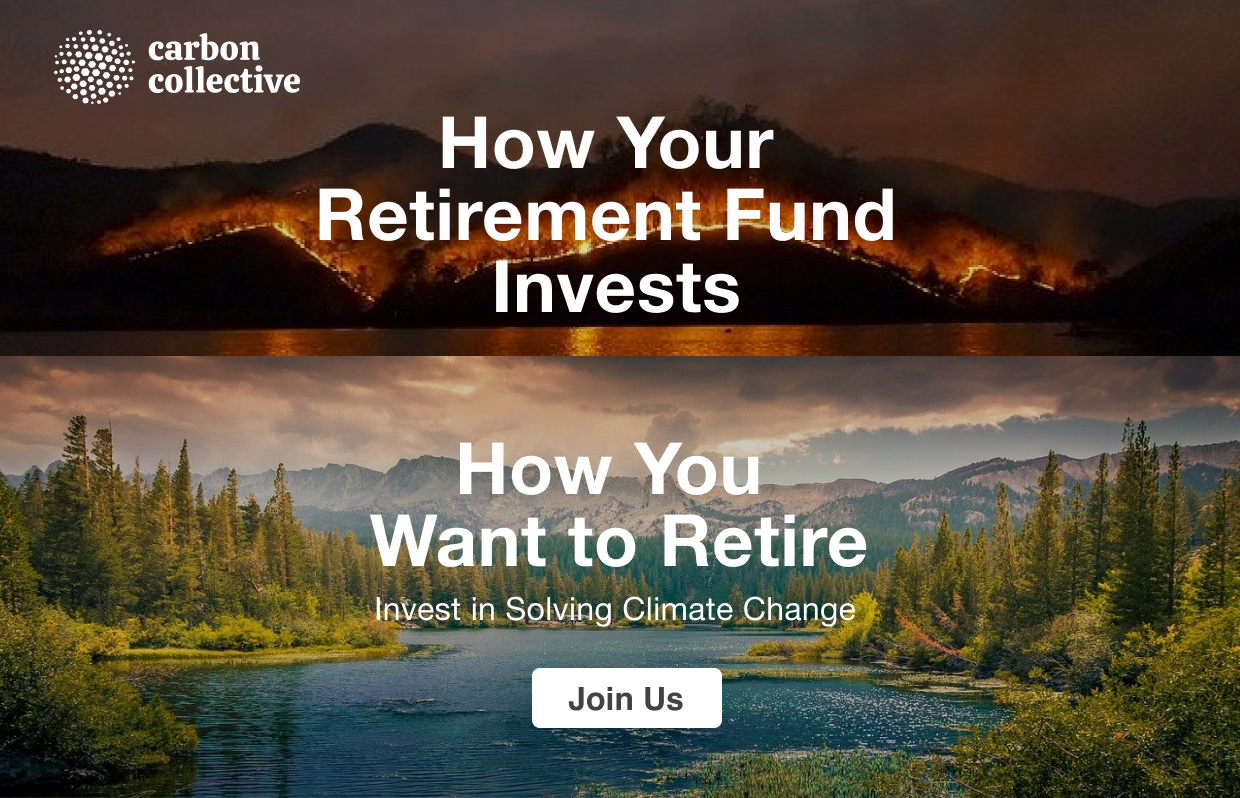 The outcome of COP26 is critical, but governments won't solve the climate crises alone. The eco-minded robo-advisor Carbon Collective goes beyond removing fossil fuels from client portfolios by investing in climate solutions outlined by top scientists and economists at Project Drawdown. The result? In addition to competitive returns and low fees, Carbon Collective's offering has 85% fewer emissions than an SP500 index fund. Learn how investing can be both smart and climate-conscious and create an account today.

1.8ºC: Warming above pre-industrial levels if all net zero pledges and the Global Methane Pledge are fully achieved

$18 billion: Amount of money that could be diverted away from fossil fuels as a result of the new overseas finance pledge

479: Number of officially registered COP26 delegates from Brazil, the most of any country

79%: Share of all countries that have a climate change adaptation plan

4: Countries (out of 195) that signed the Paris Agreement whose national governments have yet to ratify the deal—the remaining holdouts are Iran, Libya, Eritrea, and Yemen

Are carbon markets too broken to fix?

Carbon markets are proving to be one of the most divisive issues in Glasgow. Many activists blast them as a dangerous scam; Greta Thunberg stormed out of a Nov. 3 meeting on carbon markets, shouting “no more greenwashing.” Yet many government officials and NGOs see the right to take credit for an emissions-reducing activity carried out by someone else as a crucial way to finance countries’ carbon-cutting ambitions.

So far, the specific rules for Article 6 of the 2015 Paris Agreement are one of the last bits of negotiation that remain unsettled. A draft text allowing countries to count carbon credits toward their emission targets circulated on Nov. 5 that may fix flaws rendering carbon markets largely ineffective up to now—or codify greenwashing.

One flashpoint is language saying carbon credit buyers should receive fewer credits than they purchase (as a way to promote overall reductions). In the draft, that bonus volume of unusable credits ranges from 2% to 30% of the traded volume, with developing countries arguing for the higher end. A second proposal diverts a portion of every carbon market transaction into a fund for adaptation in developing countries (also known as “share-of-proceeds”). The US and other rich countries want to exclude some trades from this tax.

Billions of dollars are at stake. Herman Hakuzimana, deputy lead negotiator for Rwanda, said in an interview that climate project developers in his country are clamoring for a resolution to Article 6, so they can start selling credits abroad from renewable energy, clean cookstove, forest conservation, and other emissions-reduction projects. But he claimed a good deal on share-of-proceeds is a red line. Negotiators have failed to agree on Article 6 rules in the last four COPs; there’s no guarantee they’ll succeed this time: “We would prefer to go without an agreement than to go with a weak agreement,” Hakuzimana said.

“At this point we could end up with something wildly ambitious or ridiculously unambitious.” —Lina Barrera, vice president for international policy at Conservation International, on the status of COP26 negotiations.

There are really two COPs taking place. Inside the sprawling conference center, delegates in suits make speeches and negotiate a climate deal. Across the River Clyde, activists and anyone else with a passion for climate action but no official badge are trying to make their voices heard.

COP26 has seen unprecedented numbers of protestors and activists arrive from the front lines of the climate crisis. People like Marcelo Rocha, a 24-year-old student from Sao Paulo, Brazil. “People go to the streets because they can’t go to the COP,” he said. “But the leaders don’t see us. They don’t see our work.” That didn’t stop Greta Thunberg’s youth climate movement massing in downtown Glasgow on Friday. And the biggest protest yet of COP26 is scheduled for Saturday, Nov. 6.

Dive deeper with Quartz’s member-exclusive content. Our field guide on climate tech’s second shot explores why Silicon Valley is pouring money into startups trying to reduce emissions. Get 40% off a Quartz membership by using code COP26.

The pandemic emissions decline was barely a blip

When covid-19 slowed down the global economy, many hoped it might also slow carbon dioxide emissions. And it did—emissions dropped by 5.4%. But new analysis suggests we’re rapidly returning to pre-pandemic levels missing out on an opportunity to “build back better.”

✊ Protests: Saturday is the Global Day of Action for Climate Justice and as many as 100,000 protesters, including Greta Thunberg, are expected to march across Glasgow.

🔍 Transparency negotiations: In addition to Article 6, next week negotiators will hash out rules for how countries should report on progress toward their climate goals. Some are pushing for these reports to be required annually, rather than every five years.

💰 Loss and damage: Monday’s events will focus on “loss and damage,” or financial support for climate impacts that are too severe to adapt to. Always one of the most controversial parts of climate diplomacy, global loss and damage funds remain almost empty, but could see new commitments.

Arctic Basecamp, a team of arctic scientists and experts, brought glaciers to Glasgow—in bottles. Working with a group in Greenland, they collected glacial meltwater at the source, and bottled it in Scotland, hoping to get it in the hands of world leaders. It’s meant as a reminder that the Arctic is warming twice as fast as the rest of the planet, with dire implications.

Our best wishes for a net-zero day. Get in touch with us at needtoknow@qz.com and live your best Quartz life by downloading our iOS app and becoming a member. Today’s email was brought to you by Tim McDonnell, Amanda Shendruk, Michael Coren, and Liz Webber.

More from Need to Know: COP26