Skip to navigationSkip to content
This story was published on our Quartz Daily Brief newsletter, The concise, conversational rundown you need to start your day.
By Nicolás Rivero

Tech Reporter based in New York

Another week, another highly publicized ransomware attack—this time against JBS, the world’s largest meat processor. The hack, which shut down meatpacking plants in Australia, Canada, and the US, follows a similarly disruptive breach at the largest American fuel pipeline last month, as well as a rash of attacks against hospitals and other key public infrastructure during the pandemic. In 2020, ransomware attacks rose 715% year over year.

For the most part, individual companies have been left to fend off these attacks on their own. Some have chosen to pay multimillion-dollar ransoms to hackers, which critics say will only fund future attacks. Other firms have stuck to the principled position that companies should refuse to do business with criminals, following the standard wisdom of security experts and law enforcement agencies around the globe.

But the ransomware problem is too big for business to deal with on its own. The crux of the issue is that hacking groups are operating, essentially, as state-sanctioned privateers. In permissive host countries—particularly Russia—hackers have carte blanche to plunder as they wish, so long as they limit the damage to their hosts’ geopolitical adversaries. As long as cybercriminals enjoy the protection of national governments, there’s little hope of rooting them out.

To address the growing ransomware threat, the world needs international cooperation among governments to pressure hacker hosts to crack down on the cybercriminals hiding out within their borders. States should also create requirements or incentives for the businesses that operate critical infrastructure to take proactive steps to beef up their security. When we simply leave it up to private businesses to fend for themselves, we get the hacking crises we increasingly see today, which create economic pain that spreads far beyond the compromised firm’s bottom line. —Nicolás Rivero

Brands are still going for gold in Tokyo. The Olympic games are likely to be a diminished experience, if they happen at all. That’s bad news for sponsoring partners who spend vast sums of money to have their logos in the same frame as Usain Bolt or Simone Biles’s moments of glory. But, as Adam Epstein reports from interviews with key decision-makers, this is still the biggest event on the planet, and brands are not going to just walk away. —Hasit Shah, news editor

Repairing reparations. When Georgetown University and the Jesuits of the US announced an ambitious $100 million program of reparations to atone for their role in the slave trade, the move was celebrated by many as a tangible step of atonement. But as Annalisa Merelli discovered, the descendants of Georgetown’s enslaved people have a much different perspective, and the questions they ask about who controls the process of reparations are important ones for the US as it confronts a very ugly part of its history. —Oliver Staley, business and culture editor

Turn ’em down. Although Uber drivers successfully unionized in the UK, efforts in the US have been less fruitful. Instead, Michelle Cheng reports, a growing number of US rideshare drivers are hatching a new plan of resistance against their corporate overlord: They’re turning down cheap rides. While this might not be a sustainable tactic en masse, it’s gaining some steam as a way underpaid gig workers can game the algorithms that determine their wages. —Scott Nover, emerging tech reporter

Africa could lead the world in digital currencies. Central banks in Ghana, Morocco, Egypt, Kenya, and South Africa are exploring the idea of using digital forms of official currencies to ease cross-border transactions, encourage foreign investment, and simplify remittances. Carlos Mureithi spoke with University of Cape Town researcher Co-Pierre Georg about the continent’s opportunity to pioneer the technology, and the challenges of accessibility and privacy. —Nicolás Rivero, tech reporter

Workers of the world unite. A key question emerging from the reckoning with globalization is whether trade deals can counteract the inequality they’ve sown in the past. A coalition of workers on both sides of the US-Mexico border could soon get an answer, courtesy of the USMCA. Their worker abuse complaint under the revamped trade deal between Mexico, the US, and Canada could result in unprecedented penalties for manufacturers, as Tim Fernholz writes. —Ana Campoy, deputy finance and economics editor 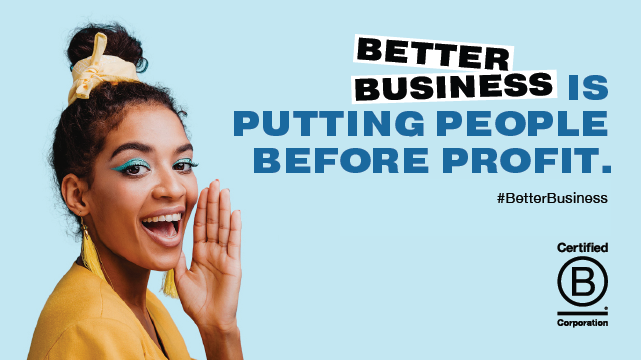 There's a better way to do business. Certified B Corporations™ are mission-driven companies that balance purpose and profit.
B Corps™ meet the highest verified standards of social and environmental performance, transparency, and accountability. So you can buy better, work better, and do better every day.
Join us: bcorporation.net | @bcorpuscan

One membership thing that made us ✊

That may seem like good news, but historically, corporate diversity and inclusion professionals have been put in a position to fail without a clear vision or full support from corporate leaders. As a result, it’s harder (if not impossible) to implement equitable practices and dismantle systems that promote inequality.

Today, the stakes are too high for Black people everywhere for chief diversity and inclusion officers to underperform. Unless companies correct these impediments, the Fortune 500 could experience a dramatic decline in executives with these titles in 2022. Moreover, the individuals themselves could be scapegoated when a company doesn’t meet its commitments to equity.

Forest T. Harper, the CEO of INROADS, has some suggestions for how companies can empower their chief diversity officers to make them more effective.

✦ A year after George Floyd’s murder, leaders are reckoning with how the business community has pushed for equality, and the work they have left to do. In a series of op-eds, Quartz’s latest field guide asks: “Can business stand up for equality?” You can support our mission to make business better by signing up for a membership—try it free for a week.

RIP to the internet’s least useful spy. Since the mid-1990s, online advertisers have relied on tracking technology called third-party cookies. But soon, these cookies are going to die. Google Chrome—the most popular browser, which accounts for two-thirds of all internet traffic—has announced it will block them by default as a privacy measure by 2022. Now, advertisers, publishers, and Google are racing to develop new tracking methods. The alternatives they come up with will define the next era of data snooping. Clear your cache and click over to the Quartz Weekly Obsession.

Get the Weekly Obsession email sent to your inbox, for free!

CEOs are the problem. Shareholder capitalism has a lot of issues, but what if we’re on the verge of replacing it with something worse? Many of the CEOs calling for consideration of other stakeholders just want more discretion to pursue their own agenda, argues economist Daron Acemoglu in Project Syndicate. It’s hard to disagree with his thesis: “When inordinately empowered CEOs receive a vague mandate to pursue stakeholder interests as they see fit, abuses are sure to follow.” —Walter Frick, executive editor, membership

Keeping Calm. Using a smartphone to help people stay away from smartphones, capitalizing on ancient practices based on letting go of the material world… there’s a lot of irony surrounding the very idea of the now wildly successful Calm app. The Atlantic’s Annie Lowrey talked to its founders—two men with plenty of experience in internet entrepreneurship—and wonders whether, if Calm and services like it are actually helping people, any of their inherent contradictions even matter. —Susan Howson, email editor

Baby brokers. Selling children is, of course, illegal. But if money—and a lot of it—can be made by facilitating the adoption of a child? Tik Root’s investigation for Time of the private companies that handle the vast majority of adoptions in the US shows how the industry exploits prospective and birth parents alike, without real oversight. —Annalisa Merelli, reporter

SPAC daddy. Chamath Palihapitiya is the face of the boom in private firms going public through mergers with blank-check companies. Armed with a permanent chip on his shoulder and the reality-bending powers of a good meme, Palihapitiya briefly sold the markets on a populist vision of techno-optimism. As it recedes, Charles Duhigg writes in the New Yorker, small investors may be left holding the bag, but Palihapitiya is on to the next big story about the economy. —Tim Fernholz, senior reporter

50 years of men’s suits. Whether guys realize it or not, the suit silhouettes they’ve worn over the decades represent ways of thinking about the male form. Armani’s drape freed it, Tom Ford sexed it up with sharp shoulders and nipped waists, and Hedi Slimane gave it an angsty edge with his skinny look. For GQ, Max Berlinger tours 50 years of what men’s suits have said about men’s bodies, including the present moment’s dismissal of gender stereotypes and where the suit is headed in a comfort-obsessed, post-pandemic world. —Marc Bain, senior reporter

Our best wishes for a relaxing but thought-filled weekend. Please send any news, comments, cookie alternatives, and new suit silhouettes to hi@qz.com. Get the most out of Quartz by downloading our app and becoming a member. Today’s Weekend Brief was brought to you by Liz Webber.