Was this newsletter forwarded to you? Sign up here. Forward to your anxious friend.

Jeff Bezos offered NASA $2 billion to be reconsidered for a key contract. His rival Elon Musk originally won the right to build a moon landing vehicle, but Bezos filed an objection.

Naomi Osaka crashed out of the Olympics. The Japanese tennis star, who lit the cauldron at the opening ceremony, lost to the Czech Republic’s Marketa Vondrousova in straight sets.

Tesla reported its first $1 billion-plus quarter. The electric car-maker beat investor expectations with a record net income in the second quarter of 2021.

The US is keeping its Covid-19 travel restrictions. Despite pleas from the travel industry and allies, the White House will continue to block non-US citizens arriving from destinations including the UK, EU, China, India, and Brazil.

US-China talks started with “stiff competition,” and ended in “stalemate.” Top diplomats from the two countries held another acrimonious meeting as China continued to fall short of its trade obligations.

The final victim of the Surfside building collapse was identified. Estelle Hedaya, 54, is the 98th person confirmed to have died in the Florida disaster last month. 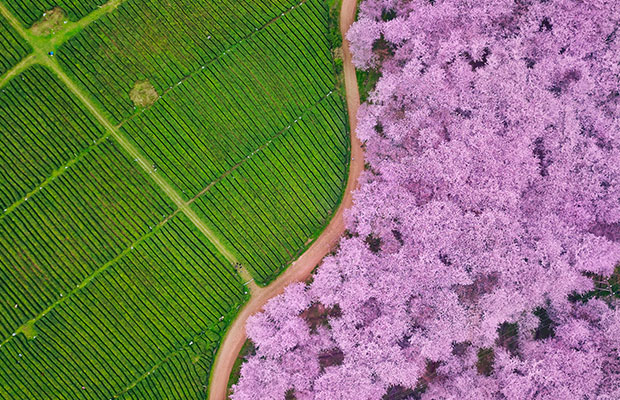 What if the future of work is pink and green? 43% of the fastest-growing U.S. jobs in the 2020s will be pink-collar health and well-being occupations, with cleantech and green-collar jobs not far behind. Read our report.

The ruling will define the limits of political action, already curtailed under the new law. It will also set expectations for dozens of others who go on trial this year.

The defendant: The charges against Ying-kit are vaguely defined, but punishable by life imprisonment. He collided with police while riding a motorcycle in 2020, and was also charged with dangerous driving. He had pleaded not guilty.

A key question: Judges determined that the slogan “Liberate Hong Kong, revolution of our times” is inherently secessionist. The words were on a flag Tong flew on his motorbike. Witnesses and lawyers spent days debating the phrase.

Unexpected argument: Demonstrating the transnational nature of protest movements, the trial debated the legacy of Malcolm X. Prosecutors argued that the famed Black leader of the US civil rights movement was a separatist.

The biggest rare earths producer outside China, Australia’s Lynas, saw its share price hit an eight-year high after reporting record revenue. The result points to rising demand for minerals used in high-tech applications, like neodymium-praseodymium (say that five times fast). It also highlights the geopolitical stress being put on the traditional supply chain for obtaining these substances as western nations seek to reduce their reliance on Chinese producers.

Quartz announcement
We want to know how you invest. From cryptocurrency to robo-advisors, this is not your parents’ financial landscape. Tell Quartz which tools, resources, and services inform and assist in your investment decisions. Take our two-minute survey.

Everyone agrees: The world needs to stop burning coal to fight climate change. But everyone—or at least everyone at last week’s meeting of G20 environmental ministers—can’t agree on a deadline to phase out the controversial fuel. That sets up a clash at the next UN Climate Change conference in November, pitting India, Russia, and China against wealthier economies that want to transition away from coal more quickly. Quartz members can read about what that will mean for the future of the planet.

✦ Set a deadline to eliminate dangerous media from your life. Try Quartz membership free for a week.

(👇 We found the first one so fascinating, we dropped its paywall.)

🇨🇳 China is extending its regulatory storm from tech to education

🌧 Will the monsoon wash away some of India’s economic woes?

🔌 For two years, Elon Musk has cited one reason for the delay in Tesla’s India launch

🛹 Japan’s Olympic golds show its rise as a skateboarding superpower

Want to know more about each nation’s Olympic superpower? Keep tabs with our free newsletter, Need to Know: Tokyo Olympics.

The road will recharge your car. A German company developing magnetized concrete is working with the US government to test its ability to power heavy trucks.

NASA spotted water on one of Jupiter’s moons. Ganymede is the latest solar system destination where evidence of water has been found, this time by the Hubble space telescope.

This beetle walks on water. Upside-down.

Starbucks is America’s bathroom. The accidental privatization of public toilets points to a more disturbing trend.

Our best wishes for a productive day. Please send any news, comments, US-China tension reducers, and magnetized road surfaces to hi@qz.com. Get the most out of Quartz by downloading our iOS app and becoming a member. Today’s Daily Brief was brought to you by Hasit Shah, Tim Fernholz, Mary Hui, Jane Li, Tim McDonnell, and Liz Webber.