Skip to navigationSkip to content
This story was published on our Quartz Daily Brief newsletter, The concise, conversational rundown you need to start your day.
By Susan Howson
Published November 12, 2021

Was this newsletter forwarded to you? Sign up here. Forward to that friend who keeps getting outbid on a house.

The latest COP26 draft deal is not so hardline about fossil fuels. On the last day of the summit, proposals from earlier in the week have already been watered down.

Toshiba is also breaking up into three smaller companies. Following General Electric’s lead, the Japanese giant announced it will separately focus on infrastructure, semiconductors, and devices.

Xi Jinping could have a job for life. The Chinese Communist Party adopted a “historical resolution” that appears to grant the president at least one more term, and possibly more.

Myanmar authorities jailed an American journalist for 11 years. Danny Fenster, managing editor of Frontier Myanmar, was found guilty of incitement, among othre charges, according to the publication.

Britney could be free today. A judge in Los Angeles decides whether to end the singer’s controversial conservatorship, with no opposition expected. 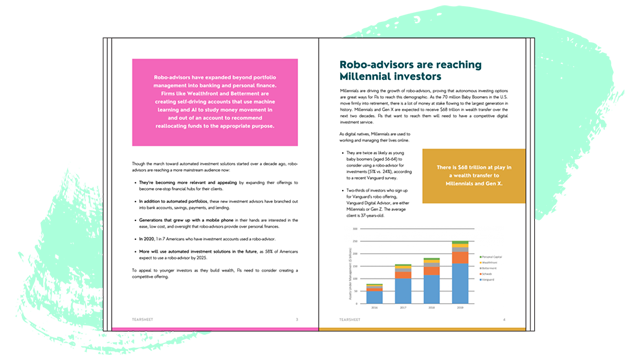 Robo-advisor assets under management are on track to reach $1.2 trillion by 2024. Meanwhile, 84% of Americans say they still prefer working with a human financial advisor. The future isn’t about choosing one path over the other–it’s about leveraging the best of both to create a world-class wealth management experience for future generations. Check out our tips for implementing robo-investing, winning over younger investors as they build wealth, getting access to new market segments, and more.
Download the Whitepaper

COP26, the UN climate conference, is wrapping up. But given the number of issues that remain unresolved (and if past COPs are any guide), talks could very well stretch into the weekend. And thus far, none of the UN’s three goals for the conference has come close to being realized.

👀 Governments will have to be held accountable for their pledges around fossil fuels and emissions—among other things. Eeven if they make good on their promises, the world will still warm by 1.8ºC, according to Climate Action Tracker.

🤝 The US and China—the world’s two biggest emitters—have announced they’ll work together to do better.

💸 Climate financing will be raised… and possibly spent? No one knows how $80 billion of it was used in 2019.

Will industrial shipping bags save the supply chain?

In the blithe, carefree pre-supply-crisis days, makers of dry foodstuffs (think coffee and rice) would fill boxy shipping containers with small sacks. Now, they’re opting to cut out the middle-container in favor of Super Sacks—the generic, less sexy term is “Flexible Industrial Bulk Container.” These massive bags aren’t new, but their ability to save space as well as time has increased their popularity among manufacturers by 50%.

The one drawback: A human could throw a 40-pound bag of dried beans over a shoulder, but 2,000-pound FIBCs require a forklift. If those, in turn, become scarce, we’ll be on the hunt for the next hero.

Crypto vs. the critics

Even bitcoin isn’t immune to supply chain snarls. “Miners,” the computers running day and night to mine cryptocurrency, are victims to the same stopped-up channels of global trade as just about everything else.

But crypto’s still in a bull market, and its skeptics are slowly but surely coming around to the value and power of blockchain.

Here’s what Jad Esber, co-founder of the Web3 company Koodos, had to say about how crypto struck him at first:

My initial reaction was this is the worst of capitalism masquerading under some variant of the common prosperity concept and NFTs are a multi-level marketing scheme for tech elites.

We spoke with Jad and 11 other former naysayers to understand their “unlock moment” and where they see crypto going in the future. ✦ It’s available to all Quartz readers for a limited time. Want to unlock our whole guide to crypto’s new mainstream status? Try a membership free for a week.

💁‍♀️ Why the Nykaa IPO fared better than the Paytm IPO

🎞 Can Hollywood win back the global box-office crown from China?

Robo-advisor assets under management are on track to reach $1.2 trillion by 2024. Meanwhile, 84% of Americans say they still prefer working with a human financial advisor. The future isn’t about choosing one path over the other–it’s about leveraging the best of both to create a world-class wealth management experience for future generations. Check out our tips for implementing robo-investing, winning over younger investors as they build wealth, getting access to new market segments, and more.
Download the Whitepaper

Cats keep tabs on their owners’ whereabouts. Research found felines know where their humans are, even when they can’t see them.

A Maine fisherman found a “cotton candy” lobster. He named the one-in-100-million blue and purple crustacean Haddie, after his granddaughter.

Deer in the US could carry SARS-CoV-2 “indefinitely.” The animals could periodically transmit the virus that causes covid-19 to humans, making it virtually impossible to eliminate.

Christopher Walken painted over a Banksy. He was filming the BBC comedy-drama The Outlaws, but the destruction was very real.

Oat milk isn’t winning the alt-milk wars… yet. In the latest episode of our Quartz Obsession podcast, Quartz’s Sarah Todd explains why it’s second only to almond milk.

Our best wishes for a productive day. Send any news, comments, watchful cats, and your alt-milk preferences to hi@qz.com. Get the most out of Quartz by downloading our iOS app and becoming a member. Today’s Daily Brief was brought to you by Hasit Shah, Susan Howson, and Liz Webber.