Skip to navigationSkip to content
This story was published on our Quartz Daily Brief newsletter, The concise, conversational rundown you need to start your day.
By Susan Howson
Published November 23, 2021

Was this newsletter forwarded to you? Sign up here. Forward to a friend who gets weed delivered.

OPEC+ will respond if the US leads an oil supply effort. The US, China, India, Japan, and South Korea are coordinating plans to release strategic reserves, and reduce prices for consumers, to the big producers’ dismay.

Jerome Powell is set for a second term as Fed chair. US president Joe Biden nominated Powell again—and the next couple of years could be even more difficult than the last two.

Elizabeth Holmes testified for a second day. The Theranos founder, accused of fraud, talked about how her defunct company’s technology developed. She denies the charges.

Uber is planning to make weed deliveries in Canada. The company has partnered with cannabis supplier Tokyo Smoke, although third-party delivery is not yet legal.

Elon Musk and Jamie Dimon are reportedly feuding. According to the Wall Street Journal, the Tesla and JPMorgan CEOs don’t get along at all, and the bank’s lawsuit against the car maker last week means their private battle is out in the open.

The Waukesha suspect was out on $1,000 bail. Darrell Brooks allegedly killed five people and injured dozens more with his SUV at a Christmas parade in the city. 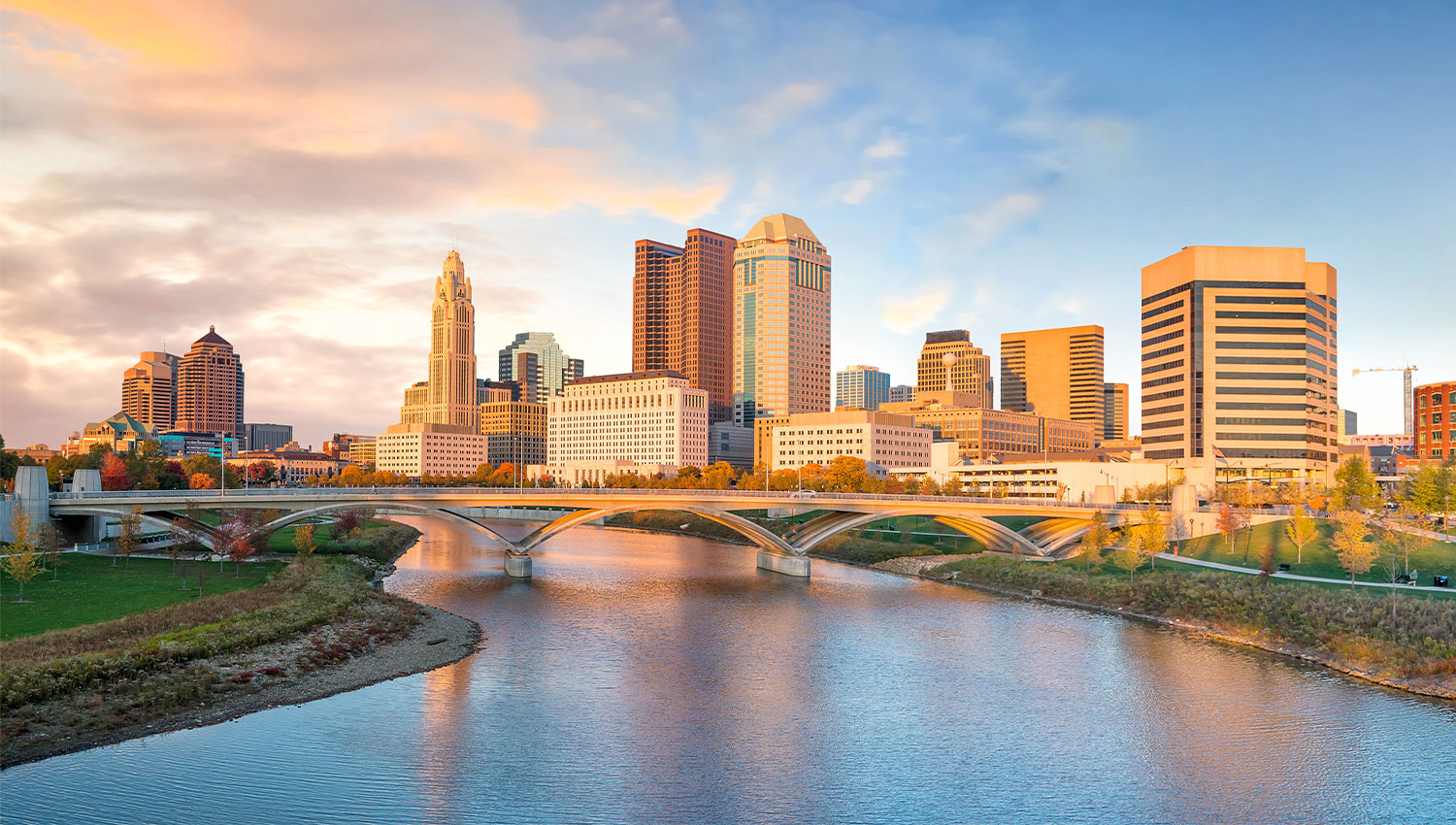 Bring your business to Ohio and join the 7th largest economy in the nation. By Q2 of 2021, Venture Capitalists made $1.2B in investments in the Buckeye State, and over 126,000 new businesses were created in the first seven months of 2021 alone. Ohio is better for business.

For a year, Amazon has stalled a $3.4 billion deal between Reliance Retail and Future Group, India’s largest and second largest retailers, respectively. Today is the final supreme court hearing on the matter.

October 2020: Amazon, which has a 49% stake in promoter entity Future Coupons (translating to a 10% stake in Future Retail), blocks the deal by obtaining an emergency order from the Singapore International Arbitration Centre (SIAC). Reliance and Future try to ignore the stay.

November 2020: The Competition Commission of India approves the deal.

January 2021: The Security and Exchanges Board of India gives its OK.

November 2021: The court asks Future Retail to stop pursuing the matter in all other forums. If the deal falls through, Future may be out of options.

We know you’ve got options for where you get your news. Tell us about yourself, why you read Quartz, and what you’re obsessed with by taking our audience survey and we’ll make it worth your while. Complete the survey and you’ll be entered for a chance to win a $250 Amazon gift card.

The excitement over options trading

Retail investors are moving from stocks to options, which offer a cheap way for traders to bet on a stock going up or down in price without having to actually purchase the shares.

The boom in options could be making financial markets more volatile, but it’s possible to overstate their influence. While trading in options linked to GameStop skyrocketed in early 2021, a report by the US Securities and Exchange Commission found no evidence it had unintended consequences on the share price from market makers racing to hedge the options activity. Quartz came to a similar conclusion when reporting on Robinhood options.

When you’re excited about your (job) options

So you’ve decided, like so many other people, that it’s time to quit your job. But that doesn’t mean you want to burn a bridge.

You’ll almost certainly be asked to submit a resignation letter after you announce your intention to leave. Paul McDonald, senior executive director at Robert Half, says its best to keep it simple:

Read more on how to handle conversations with your current employer before and after writing that email in How to send a resignation letter, our latest in a weekly series of member-exclusive emails for navigating everyday challenges in work and life. 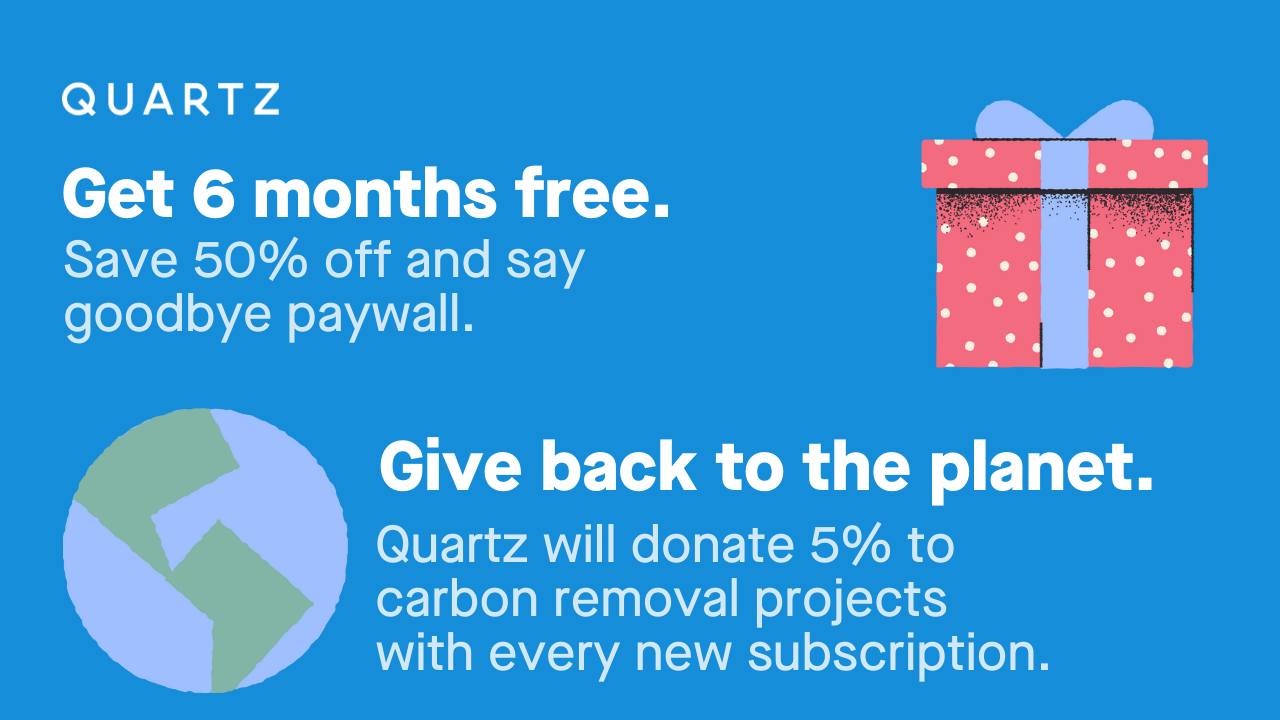 It’s better to give back this holiday season. And we’re starting with how we can do that for our planet. Become a Quartz member at 50% off, and we’ll make a 5% donation to emerging carbon removal technology projects for every new subscription, powered by Stripe Climate. Sign me up!

🎁 Shortages, not shipping costs, are driving up the price of holiday gifts

🤝 How to create meaningful allyship at your organization

Bring your business to Ohio and join the 7th largest economy in the nation. By Q2 of 2021, Venture Capitalists made $1.2B in investments in the Buckeye State, and over 126,000 new businesses were created in the first seven months of 2021 alone. Ohio is better for business.

A fake hitman-for-hire site traps murderers. The site’s astonished creator has been sitting back and watching the requests come in since 2005.

Octopuses, crabs, and lobsters are getting more rights. The UK is expanding their protections after a report showed they experience pain and distress like other animals.

El Salvador is building a “bitcoin city.” If that sentence weren’t weird enough, please know that the tax-free metropolis will be powered by a volcano.

NASA is sending a spacecraft to blow up an asteroid. It’s a test to see if humans can actually prevent an apocalyptic collision in the future, instead of just writing movies about it.

Kudzu didn’t have a natural predator in the US until the 21st century. Unfortunately, the “kudzu bug” is now also considered an invasive species, since it discovered soybean crops are also tasty. The kudzu episode of the Quartz Obsession podcast digs into how humans tend to let a single mistake turn into acres and acres of them.

Our best wishes for a productive day. Send any news, comments, helpful bugs, and happy cephalopods to hi@qz.com. Get the most out of Quartz by downloading our iOS app and becoming a member. Today’s Daily Brief was brought to you by Hasit Shah, Ananya Bhattacharya, John Detrixhe, Susan Howson, and Liz Webber.