Skip to navigationSkip to content
This story was published on our Quartz Daily Brief newsletter, The concise, conversational rundown you need to start your day.
By Liz Webber & Morgan Haefner
Published January 12, 2022

Was this newsletter forwarded to you? Sign up here. Forward to a friend who collects vinyl.

Québec will impose an additional tax on unvaccinated residents. Although relatively small in number—around 13% of the eligible population in the Canadian province—they make up nearly half the cases in hospital.

The World Bank and World Economic Forum warned about growing inequality. The two organizations issued separate reports about the stagnating global economy and the pessimistic outlook for 2022.

Boris Johnson is under pressure over alleged partying in lockdown. The UK prime minister faces Parliament today after repeatedly refusing to answer questions about whether he flouted strict national rules with his staff in 2020.

Novak Djokovic could still get deported from Australia. The tennis player admitted a false declaration on an immigration form, and not isolating after a positive covid test last year. 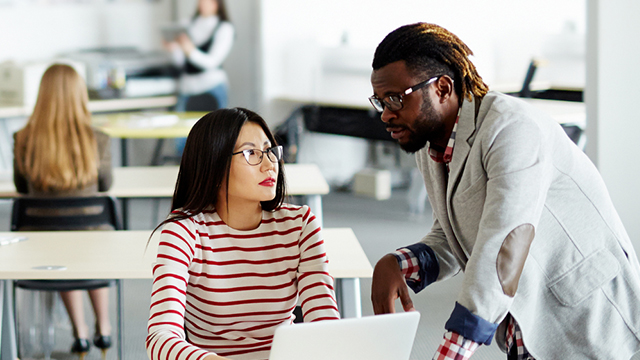 Is your office hybrid-ready? Over the past 20 months, managing a distributed workplace has been challenging. Robin surveyed more than 400 HR, IT, and Facilities decision-makers to learn what policies and technologies successful businesses use to manage their hybrid workplace.

The US reports consumer prices today as the Federal Reserve switches gears on the economy. After concentrating on jobs for most of the pandemic, the bank’s focus is now clearly on inflation, as chair Jerome Powell told Congress during his confirmation hearing on Tuesday. “To get the kind of very strong labor market we want…it’s going to take a long expansion,” he said. “And to get a long expansion we’re going to need price stability.”

Inflation, which is expected to have topped an annual 7% in December, is already eroding wage increases. But it’ll take a lot more than Fed policy changes to improve the long-term picture for the lowest-paid workers.

The era of saving is over

Rising inflation comes as Americans’ savings are dwindling. As of November, workers were already putting away less money than before the pandemic. The latest issue of the Weekend Brief email looked at why this is happening and implications for the economy. Use a seven-day free trial of Quartz membership to read it and all other member-exclusive content.

5G limited around US airports

US airline regulators have been sparring with cell carriers over the looming rollout of a new version of 5G, which operates on so-called “C-band” frequencies. C-band connections promise noticeably faster service for smartphone users, but the aviation industry worries that the new networks will interfere with crucial airplane instruments.

When AT&T and Verizon debut their C-band 5G connections on Jan. 19, they won’t offer service within about a mile of 50 major US airports. If you live or work within an airport buffer zone in these exclusion zones, you may not be covered for at least another six months.

📈  When will the omicron wave peak?

🍼  An economist has put a price tag on getting China’s birth rate up: $300 billion

🍿  IMAX is weathering the pandemic better than most of Hollywood

Is your office hybrid-ready? Over the past 20 months, managing a distributed workplace has been challenging. Robin surveyed more than 400 HR, IT, and Facilities decision-makers to learn what policies and technologies successful businesses use to manage their hybrid workplace.

Dozens of ostriches ran through the streets of a Chinese city. The giant flightless birds had escaped from a farm.

Norwegian soldiers will be issued used undergarments. The military is asking conscripts to return their underwear, bras, and socks when their service ends due to supply problems.

A badger dug up a trove of Roman coins in Spain. The hungry animal ignored the shiny treasure because it was not food.

The first heart transplant from a genetically modified pig was a success. Researchers are hopeful such procedures could someday solve the world’s organ shortage problem.

Two police officers played Pokemon Go instead of responding to a robbery. They were fired, but at least they caught a Snorlax and a Togetic.

Our best wishes for a productive day. Send any news, comments, brand new underwear, and rare Pokemon to hi@qz.com. Get the most out of Quartz by downloading our iOS app and becoming a member. Today’s Daily Brief was brought to you by Hasit Shah, Ana Campoy, David Yanofsky, Nicolás Rivero, Morgan Haefner, and Liz Webber.