Was this newsletter forwarded to you? Sign up here. Forward to the friend who’s a sneakerhead.

US federal law enforcement will go after Russian oligarchs. The Justice Department said a newly-formed task force called KleptoCapture will seek to prosecute billionaires “whose criminal acts enable the Russian government to continue this unjust war.”

US interest rates will increase. Fed chair Jerome Powell said that for now, the need to tamp down inflation outweighed concerns about how the Ukraine crisis could rattle the global economy.

Russia’s assault on Kyiv has slowed. A 40-mile Russian military convoy has been stalled by broken-down vehicles, but continues to inch toward the capital, which remained under bombardment overnight. Meanwhile, Russia took control of the strategic port city of Kherson.

The price of oil hit its highest point in a decade. The US oil benchmark passed $116 per barrel for the first time since 2008, as the US imposed new sanctions on Russian oil refineries. As the global market shuts out Russian fossil fuels, Saudi Arabia could see a windfall.

Japanese automakers suspended manufacturing in Russia. Toyota and others said that sanctions on Russian banks and supply-chain chaos have made it impossible to work there. The companies will also stop exporting vehicles to Russia.

The Paralympics kicked out Russian and Belarusian athletes. Officials said other countries had refused to compete against Russians, while numerous other professional sports leagues have already banned or penalized Russia. 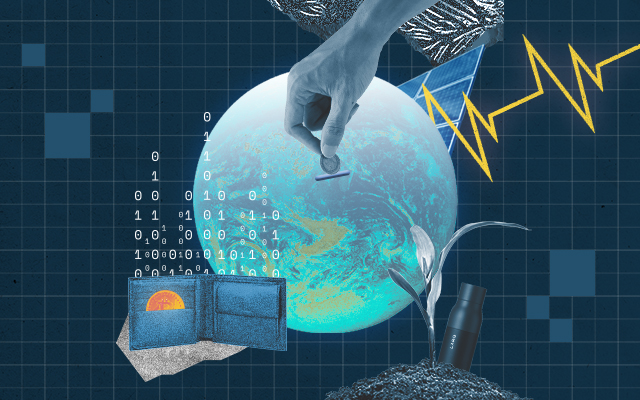 You don’t have to choose between making a difference and a good return. Discover nine startups solving thorny global problems with technological advances like AI, crypto, NFTs, and nuclear fusion, and the firm that’s making it easier to invest for impact.
Read More

Today, the European Union is expected to agree to allow Ukrainians to enter its member states for three years without formally applying for asylum. Already nearly 900,000 Ukrainians have fled the war, and the UN predicts up to 4 million will leave the country.

This would be the first time the bloc has triggered its Temporary Protection Directive, which was enacted in 2001 after the wars in Yugoslavia and Kosovo. The program is strictly voluntary: Each country would be able to decide for itself how many refugees to accept, and each arriving family would have a say in which country they went to.

Hungary and Poland—two of the countries most opposed to taking in refugees during the 2015 migrant crisis—have thrown open their doors to Ukrainians, and leaders have made the case for helping their fellow Europeans while closing their borders to refugees from places like Afghanistan.

What is SWIFT, and how does it work?

Sanctions against Russia include a proposal to limit the country’s access to SWIFT, a platform for facilitating money transfers that is integrated into banking systems worldwide. SWIFT, which stands for the Society for Worldwide Interbank Financial Telecommunication, is a messaging system that allows banks to securely and quickly communicate about cross-border payments.

1️⃣ She tells her bank the amount to transfer, Marc’s account number, and the SWIFT code of Marc’s bank.

Limiting Russia’s access to SWIFT is one part of disconnecting it from the international financial system, but banks have other options.

Need a break from the news?

Why not try a new hobby? While it can be difficult to dive in and commit—particularly when there are so many awful distractions—hobbies can improve your mental health, help you be more creative, and even be an outlet for activism. ✦ Our latest How To email has some tips to get you started. You’ll need to be a Quartz member to read it. Try a seven-day free trial.

🛥 A Ukrainian sailor attempted to sink a Russian oligarch’s yacht

😬 What if your boss were a Putin supporter?

🎤 Nearly 20,000 Russian artists are demanding a withdrawal from Ukraine

You don’t have to choose between making a difference and a good return. Discover nine startups solving thorny global problems with technological advances like AI, crypto, NFTs, and nuclear fusion, and the firm that’s making it easier to invest for impact.
Read More

Sean Penn is walking out of Ukraine. Having been in the country to shoot a documentary about the war, the actor is now fleeing on foot with the rest of the refugees.

Mark Zuckerberg is not a robot. The Facebook founder circled traffic lights to prove it.

The Lupin set was a victim of a heist. The French Netflix show got a taste of its main character’s medicine when 20 thieves broke onto set to steal equipment worth €300,000 ($333,700).

Frozen fish sticks may be more sustainable than a fish you’d get at a restaurant. Learn more about the 1950s convenience food that became a pandemic hero in the newest episode of the Quartz Obsession podcast.

Our best wishes for a productive day. Send any news, comments, CAPTCHA fails, and tartar sauce to hi@qz.com. Get the most out of Quartz by downloading our iOS app and becoming a member. Today’s Daily Brief was brought to you by Tim McDonnell, Hasit Shah, Nicolás Rivero, Amanda Shendruk, Susan Howson, and Liz Webber.