Skip to navigationSkip to content
This story was published on our Quartz Daily Brief newsletter, The concise, conversational rundown you need to start your day.
By Liz Webber, Susan Howson & Ananya Bhattacharya
Published March 9, 2022

Was this newsletter forwarded to you? Sign up here. Forward to the friend who insists on mezcalitas at the bar.

The US and UK will ban Russian oil. While the EU won’t join in the sanctions, it does have a plan to wean itself off the stuff. US producers say it will be difficult to increase their oil output, but most Americans say they don’t mind paying more for gas.

Chinese companies could find themselves on the US’ trade blacklist. Those violating sanctions to provide Russia chips and advanced tech risk being cut off from American equipment and software.

The IMF is poised to give Ukraine $1.4 billion. While the monetary authority helps fight the economic crisis, western nations are in a race to deliver arms and equipment to fend off the Russian invasion.

Russia shelled an evacuation route from Mariupol. Thousands of others, including Indian students, were able to leave Sumy. US intelligence officials told Congress Russian president Vladimir Putin is likely to escalate his country’s attacks, as the EU prepares for more refugees.

An EU court upheld a multibillion-euro fine for the UK. The European Commission alleges its erstwhile member failed to collect enough customs duties on under-valued imports. 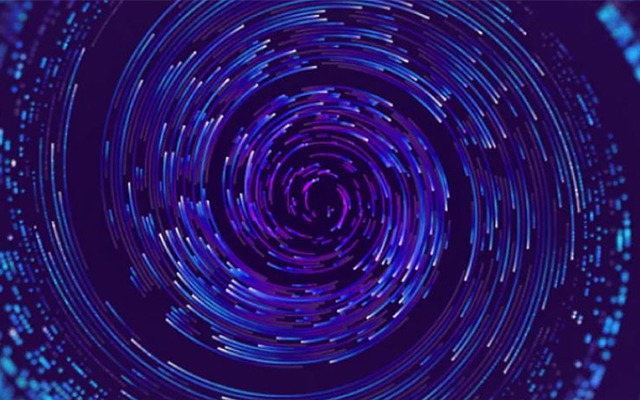 Competition is at the heart of transformation, which requires continuous innovation. Digital transformation helps organizations innovate faster and better. Organizations can leverage industry clouds to enable strategic transformation and stay on the cutting edge. These cloud-enabled business solutions are designed to help you standardize foundational components common to your competitors, so you can focus more on the capabilities that differentiate your business. Digital transformation requires a balance of business, technology, and organizational strategies. Learn more about accelerating that strategic collaboration.
Act now, adopt and grow

These are unprecedented days for the oil industry. The US banned imports of Russian oil yesterday in response to the invasion of Ukraine, and Europe is also scrambling for energy alternatives. Prices are through the roof. Non-Russian oil and gas companies are poised for windfall profits as they make up the difference, and European policymakers are pushing for a much faster transition to renewables.

Meanwhile, oil and gas companies continue to battle numerous lawsuits alleging that they knew about the harms of carbon emissions but still lobbied against climate policy. The latest to meet a judge is ExxonMobil, which will make oral arguments in Massachusetts Supreme Court today in a lawsuit brought by the state’s attorney general. The suit alleges that Exxon engaged in a misinformation campaign about climate change; the company says its statements are protected as free speech. An outcome may not be known for months; Exxon beat a similar case in New York in 2019, but is still fighting others.

Sustainability is no longer optional

It’s not just energy companies that are being held to higher standards—companies that fail at their sustainability goals (or don’t set them at all) run a risk of failing at their business.

A new index released yesterday by the World Economic Forum focused on diversity and inclusion as one aspect of sustainability. Its findings suggest that investing in innovations that improve how a company treats people and mitigate what damage it does to the environment is simply good business.

Our Next 10 Years series has been examining the near future of business, which will almost certainly involve autonomous robots using artificial intelligence as key tools for changing the world for the better. In fact, robots that automate recycling, run indoor farms, and help nurses on the front lines of healthcare are already out there, doing their thing. Read more about how industries marked by rapid change are preparing for tomorrow.

Sometimes you just have to dance

What is it about a crisis that just makes us want to dance?

🎧 Learn why disco deserves a second look with the latest episode of the Quartz Obsession podcast. 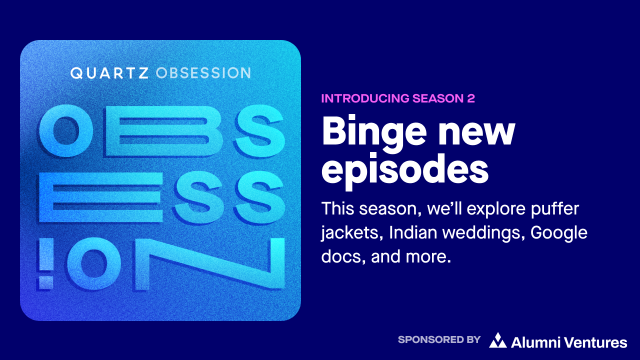 Ready to obsess with us? Remember a time when collaborating on a document meant sending a file back and forth? Ever wonder why Hollywood makes sequels almost compulsively? Why disco is still stayin’ alive? Come down more rabbit holes in season two of the Quartz Obsession podcast.

🏠  Most women in India save for family and children, not for their own financial security

Competition is at the heart of transformation, which requires continuous innovation. Digital transformation helps organizations innovate faster and better. Organizations can leverage industry clouds to enable strategic transformation and stay on the cutting edge. These cloud-enabled business solutions are designed to help you standardize foundational components common to your competitors, so you can focus more on the capabilities that differentiate your business. Digital transformation requires a balance of business, technology, and organizational strategies. Learn more about accelerating that strategic collaboration.
Act now, adopt and grow

A Twitter bot called out businesses that post platitudes for International Women’s Day. It replied with the companies’ gender pay gap.

Someone brought a live bat to a showing of The Batman. No word on what the flying mammal thought of the film.

A newly identified species of ancient squid was named after US president Joe Biden. But some say it may not be a new species after all.

A park in Austin, Texas took down its fake security cameras. The illusion of being watched wasn’t enough to lower crime.

King Tut’s meteorite dagger wasn’t made in Egypt. It may have come from Anatolia.

Our best wishes for a productive day. Send any news, comments, Twitter clapbacks, and space daggers to hi@qz.com. Get the most out of Quartz by downloading our iOS app and becoming a member. Today’s Daily Brief was brought to you by Tim McDonnell, Cassie Werber, Liz Webber, Susan Howson, and Ananya Bhattacharya.