Was this newsletter forwarded to you? Sign up here. Forward to the friend who doesn’t like nicknames.

Ukraine ignored Russia’s ultimatum to surrender Mariupol. Around 300,000 people are trapped in the besieged Ukrainian port city, with supplies running out.

Joe Biden won’t visit Ukraine during this week’s Europe trip. The US president is attending a series of meetings in Brussels, including a NATO summit, and then heading to Poland.

A China Eastern Airlines plane crashed in a mountainous region. More than 120 people were on board the Boeing 737-800 when it went down in Guangxi province.

Saudi Aramco is increasing investment in energy production. The state-owned oil company also announced a doubling of profits in 2021.

US Supreme Court nominee Ketanji Brown Jackson faces Senate hearings. Jackson begins three days’ testimony, one of the last hurdles before her likely confirmation as the first Black woman on the court.

Nike reports earnings. Analysts expect profits to fall, dragged down by covid surges in China and political uncertainty in Europe.

Today, the US Securities and Exchange Commission is expected to announce whether companies must disclose their greenhouse gas emissions and the climate risks their businesses face.

The regulations are expected to cover two “scopes” of emissions, and possibly a third. The first scope is about emissions from company-owned assets, while the second scope covers emissions from energy purchases. Scope three would cover emissions along a company’s value chain, including suppliers and customers.

The decision would mark a historic step toward holding companies responsible for their climate impacts in the US. There may also be industry-specific requirements that will affect how companies respond.

Hollywood’s latest cog in the machine

With the purchase of Metro-Goldwyn-Mayer Studios (MGM), Amazon has instantly been transformed from a still-emerging player to a bona fide major cog in the Hollywood engine. But what will Amazon do with its worlds—including those of James Bond and Rocky—of bankable content?

Although Amazon hasn’t had much trouble attracting major stars for its original film and streaming TV division, its new MGM pedigree will likely enhance its profile among Hollywood producers looking to marry profit with prestige when searching for homes for their projects.

Here are some digits defining the deal:

7: Actors who have played James Bond 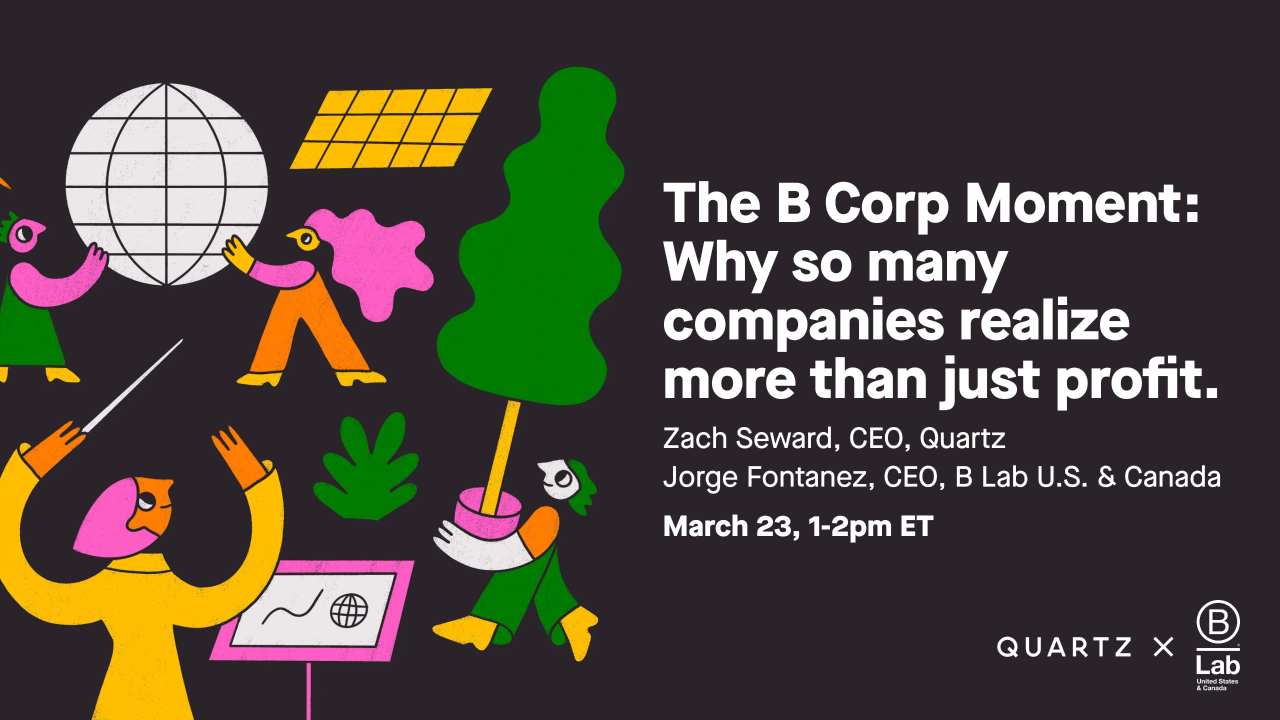 Balancing purpose with profit. Quartz is teaming up with B Lab U.S. & Canada to host a special conversation with B Corp leaders as we discuss business as a force for good and the challenges they face. Join us for this free, virtual event on March 23, 1-2 pm ET.

…while the European Space Agency suspended a Mars mission with Russia. The ESA is looking for ways to get its robotic rover into space without Roscosmos.

No more reservations at a cabin straddling the continental divide in Canada. Thanks to erosion, the historic getaway is about to collapse off its 9,600-foot spot.

A 16th century Danish astronomer used to carry around putty to reattach his brass nose (it fell off a lot). Thankfully, modern prosthetics have come a long way. Learn about their evolution in the latest episode of the Quartz Obsession podcast.

Correction: Last week, we said Mark Vande Hei broke the record of the longest spaceflight at 341 days. He did—for the US! But the longest continuous flight overall still belongs to Russian cosmonaut Valeri Polyakov, set in 1995 with 437 days on Mir.

Our best wishes for a productive day. Send any news, comments, Donald Duck remixes, and a getaway to a sturdy cabin to hi@qz.com. Get the most out of Quartz by downloading our iOS app and becoming a member. Today’s Daily Brief was brought to you by Hasit Shah, Adario Strange, Walter Frick, Clarisa Diaz, and Morgan Haefner.