Skip to navigationSkip to content
This story was published on our Quartz Daily Brief newsletter, The concise, conversational rundown you need to start your day.
By Morgan Haefner & Nicolas Rivero
Published April 8, 2022

Was this newsletter forwarded to you? Sign up here. Forward to the friend who loves Lego.

The US Senate confirmed Ketanji Brown Jackson as Supreme Court justice. She becomes the first Black woman to serve on the court, and our reporter experienced first-hand her thoroughness and level of preparation as a judge.

Walmart is offering six-figure salaries to lure truck drivers. The US retailer will pay up to $110,000 a year to existing employees who want to transfer to deliveries.

The Kinder salmonella scare goes global. Owner Ferrero has now withdrawn products from the US, after an earlier recall in the UK.

JD.com founder Richard Liu stepped down. Xu Lei, the current president of the Chinese e-commerce giant, will take over as CEO.

Global methane emissions rose a record amount in 2021. The second largest increase on record came in 2020, according to the US National Oceanic and Atmospheric Administration. 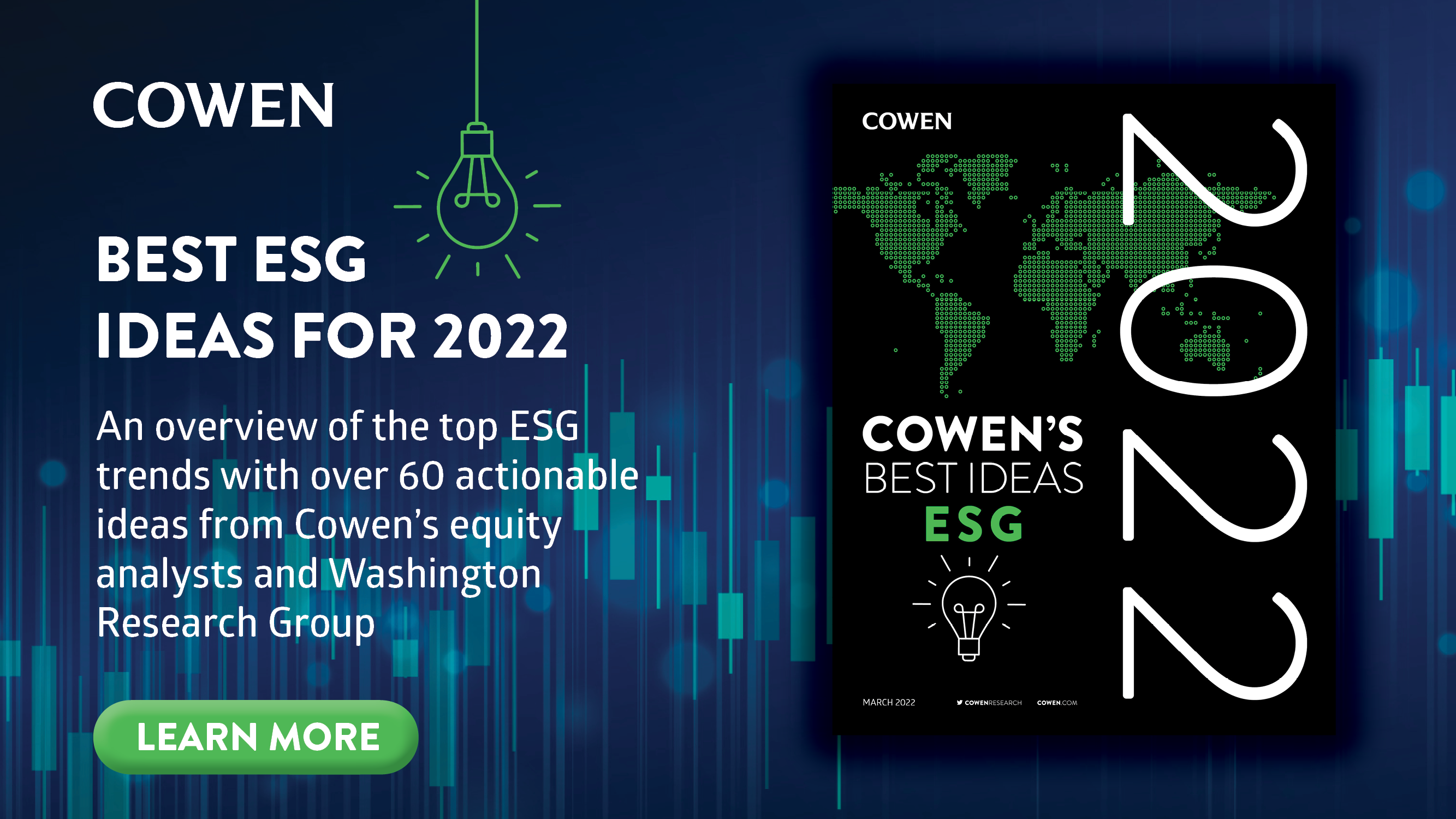 ESG and sustainability have indisputably moved to the forefront of institutional stock selection. Cowen’s Best ESG Ideas for 2022 provides a roadmap laying out the key themes and policy areas we believe will be most material to ESG and sustainability investing over the next 12 months. This year’s publication also includes expanded data, including detailed metrics on the most material ESG factors to focus on. Download a summary of the report here.

French voters will turn out for the first round of the presidential election this Sunday. Emmanuel Macron is vying for a second term, but history is not on his side—an incumbent hasn’t won in France for 20 years. Polls show the centrist with a narrowing lead over far-right candidate Marine Le Pen, who is running for a third time. Macron is also contending with “l’affaire McKinsey.”

He easily beat Le Pen in 2017, winning 66% of the vote. But recent polling gives Macron (link in French) a slim four percentage point lead in the second round, which is slated for April 24.

Financial markets reacted negatively on April 5 to the possibility of a Le Pen victory, with France’s stock index performing worse than its European counterparts.

Russia is staring down default

This week, Russia tried to use rubles to pay some $650 million in debt to foreign creditors. While its finance minister considers the payment adequate, the securities in question don’t allow payments in rubles.

Russia has 30 days to make any corrections. But it’s nearly guaranteed it will default for the first time since 1918. So far, being cut off from much of the global financial system hasn’t stopped Russia from escalating the war in Ukraine. It’s unclear whether a default—or new sanctions—would change the Kremlin’s calculus.

The future of prosthetics

Athletes with prosthetics from a little-known company in Iceland took home 28 medals at the 2020 Paralympic Games in Tokyo. That company, Össur, is now working on limbs that can be controlled by the human brain. ✦ The origin of Össur and its inventions was the topic of our latest member-exclusive email. Support journalism that seeks to make business better by subscribing today. 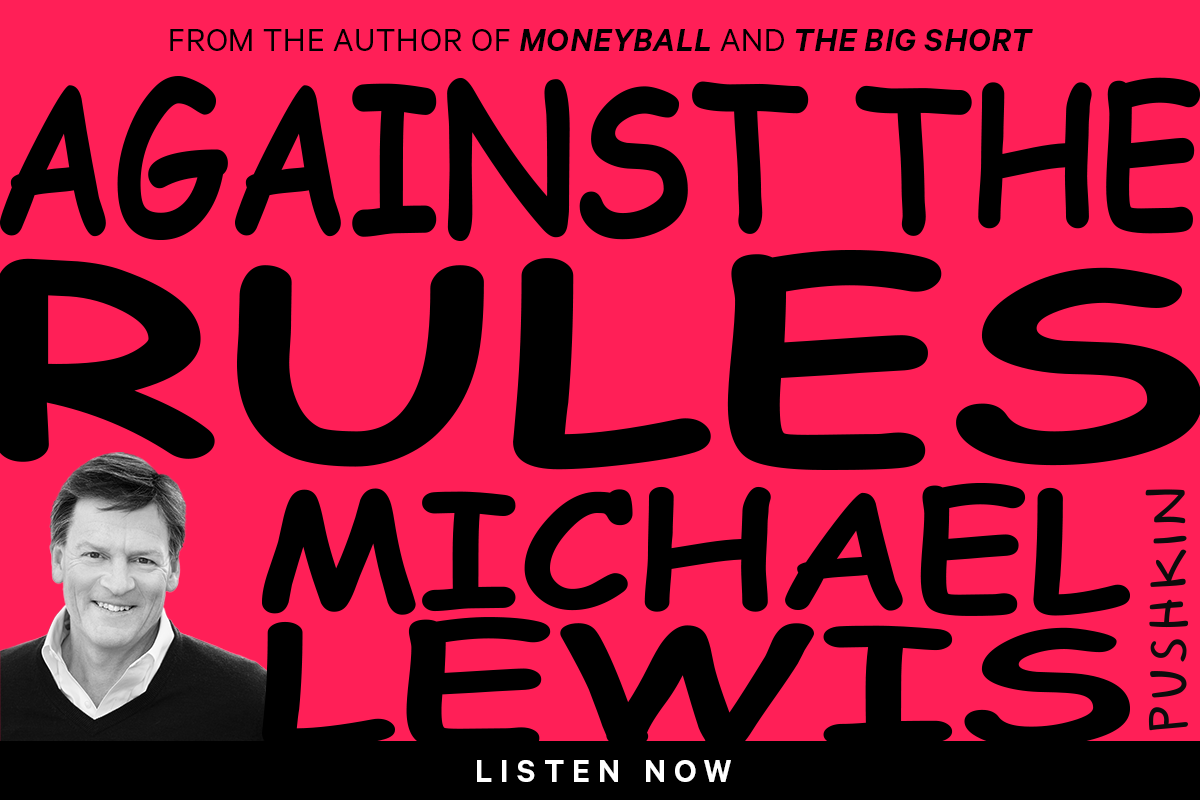 On the Against the Rules podcast, Michael Lewis takes a searing look at what’s happened to fairness—in finance, news, sports, and law. This season, Michael tackles America’s expert problem. He asks: Why is a country so good at creating experts so bad at taking their advice? He’ll leave you thinking differently about the experts in our society.
Listen now

✈️ Which foreign destinations are Indians vacationing in this summer?

⛏ Should Canada have sold a lithium miner to China?

📺 The one thing keeping streaming TV from completely taking over

ESG and sustainability have indisputably moved to the forefront of institutional stock selection. Cowen’s Best ESG Ideas for 2022 provides a roadmap laying out the key themes and policy areas we believe will be most material to ESG and sustainability investing over the next 12 months. This year’s publication also includes expanded data, including detailed metrics on the most material ESG factors to focus on. Download a summary of the report here.

Yakei, a rare alpha female monkey, remains on top of her troop. But a love triangle is complicating things for the queen of 677 Japanese macaques.

Erectile dysfunction pills may carry a higher risk of eye problems than previously thought. The findings could lead to more warning labels.

The fossil of a thescelosaurus that likely died on the day of the asteroid strike was found. Sir David Attenborough was seriously impressed by the “ultimate dinosaur drumstick.”

Mushrooms appear to talk to each other. Scientists have cataloged a “vocabulary” of 50 electrical signals fungi exchange via underground tendrils.

Activision Blizzard will make 1,100 game testers full-time employees. The studio behind Call of Duty and World of Warcraft will boost pay and benefits for quality assurance workers.

Our best wishes for a productive day. Send any news, comments, macaque gossip, and dinosaur drumsticks to hi@qz.com. Get the most out of Quartz by downloading our iOS app and becoming a member. Today’s Daily Brief was brought to you by Hasit Shah, Courtney Vinopal, Nicolás Rivero, and Morgan Haefner.