Elon Musk has found the money to buy Twitter. Musk announced that he has lined up $46.5 billion, half in his own cash and half from banks. For collateral, he will put up a third of his stake in Tesla.

Joe Biden released $1.3 billion more in assistance to Ukraine. “Putin is banking on us losing interest,” the US president said, with money going toward weapons and economic aid.

CNN+ is no more. The $300 million bet on streaming services lasted less than a month.

Florida lawmakers passed a bill that would end Disney’s tax preferred status. Fallout over the US state’s “Don’t Say Gay” bill could cost the company tens of millions every year.

The Fed wants to hike rates by half a percent in May. Jerome Powell, the Fed chair, is pondering “moving a little more quickly” against inflation. The Fed hasn’t issued a half-point hike since 2000. 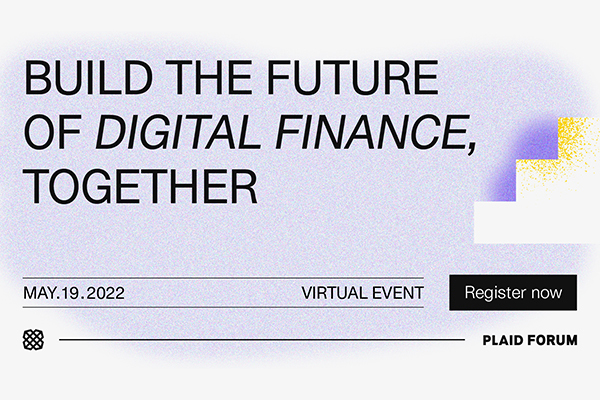 Register for Plaid Forum. Get ready to live stream Plaid Forum 2022 on May 19. Join the world’s leading companies and build the future of digital finance. Registration is now open!

French voters head to the polls for the second round of the presidential election Sunday, with incumbent Emmanuel Macron polling 11 percentage points ahead of challenger Marine Le Pen.

In their final debate April 20, Macron and Le Pen discussed the economy. Purchasing power has been a key sticking point for voters, with French inflation rising by 4.5% last month, the highest since December 1985.

Macron criticized his opponent’s proposal to cut the value-added tax on essential goods to zero, while Le Pen repeated her promise to “return money to the French” with such policies. Among the reforms the president has put in place to address buying power include a cap on electricity and gas prices, and more tax cuts.

What would replace the dollar?

The US dollar has dominated global trade since before World War II. The euro and the yuan have grown to be potential successors, but each has their drawbacks: the former sits uncomfortably on top of a confederation of independent states, while the latter doesn’t allow its currency to trade freely or be independently managed.

There’s little question that the extraordinary dominance of the dollar is likely to fade. But as Quartz senior reporter Tim Fernholz wrote in the latest Forecast email for members (use code MAKEBIZBETTER to take 50% off), investors have expectations from a reserve currency: stability, security, value, and liquidity. Until another currency can offer all four, it’s hard to see the dollar being supplanted.

NASA’s giant Moon rocket Artemis may be heading back to the hanger, but the business of putting people and products on the celestial body isn’t laying off the jet fuel.

To be clear: major international missions like Artemis will be the cornerstone of future lunar activity. But more companies are working with NASA on low-risk ways to prove out key technologies and business models. One company, Lonestar, is even working to provide data services on and from the moon. The plan may seem outlandish, but the global interest in lunar science and exploration has given it an opportunity to succeed.

2026: Year US astronauts may step on the Moon again

70: Commercial lunar missions planned in the next decade

50: Petabyte data center Lonestar wants to build on the Moon

🤨 What part of the US is safest from climate change?

🔥 India may have imported coal from Russia at a discount

🏝 The world’s coastal cities are sinking, but not for the reason you think

🛵 Why are electric bikes catching fire in India?

✦ Love sustainability? Quartz donates to Stripe Climate, which invests in carbon removal technologies, for every new member that signs up. So far we’ve given more than $10,000. This Earth Day, become a member and use code MAKEBIZBETTER to take 50% off—and help us reach our goal of $20,000!

Register for Plaid Forum. Get ready to live stream Plaid Forum 2022 on May 19. Join the world’s leading companies and build the future of digital finance. Registration is now open!

The Queen of England gets two birthdays every year. For her 96th turn around the sun, she also got her own Barbie and posed with some lusciously-maned ponies.

A robo rat could one day save your life. The mechanical rodent can crawl through rubble to deliver emergency supplies.

Japan welcomed Jacinda Ardern with giant swaying kiwis. The New Zealand prime minister was treated to a rather soulful performance.

One of Mars’ two moons gracefully eclipsed the sun. NASA recorded the most relaxing 49 seconds of your day.

Insect breeding releases 300 times less nitrous oxide than livestock. It’s why climate conscious eaters look to bugs for sustainable protein. Check out this week’s episode of the Quartz Obsession podcast to get some recipe ideas.

Our best wishes for a productive day. Send any news, comments, two birthday cakes, and somber fruit to hi@qz.com. Get the most out of Quartz by downloading our iOS app and becoming a member. Today’s Daily Brief was brought to you by Courtney Vinopal, Tim Fernholz, Tiffany Ap, Morgan Haefner, and Samanth Subramanian.