Skip to navigationSkip to content
This story was published on our Quartz Daily Brief newsletter, The concise, conversational rundown you need to start your day.
By Morgan Haefner, Julia Malleck & Sarah Todd
Published May 17, 2022

Davos returns later this month. You don’t have to be in the Alps to get every update. Just sign up for our Need to Know: Davos popup email.

Elon Musk’s Twitter deal had another hiccup. Musk tweeted that the $44 billion deal “cannot move forward” unless the social media company proves bots account for less than 5% of its accounts.

Ukraine is evacuating its soldiers from Mariupol. More than 260 soldiers have been evacuated from the Asovstal steel plant in an ongoing operation. Many of them wounded, they have been resisting a Russian attack that has lasted 82 days and left the city in ruins.

Formula makers are ramping up US supplies. In response to a major baby formula shortage in the US, Reckitt Benckiser said it would increase production by 30%, while Nestlé plans to fly in extra formula from the Netherlands and Switzerland.

China is facing a summer of extreme flooding. The country’s National Climate Center forecasts that floods could be as bad as last year, when hundreds died during a rainy season made worse by climate change.

Sri Lanka could be on its last day of petrol. President Ranil Wickremesinghe, who took over a country in crisis last week, said the next months will be the most difficult of his peoples’ lives. 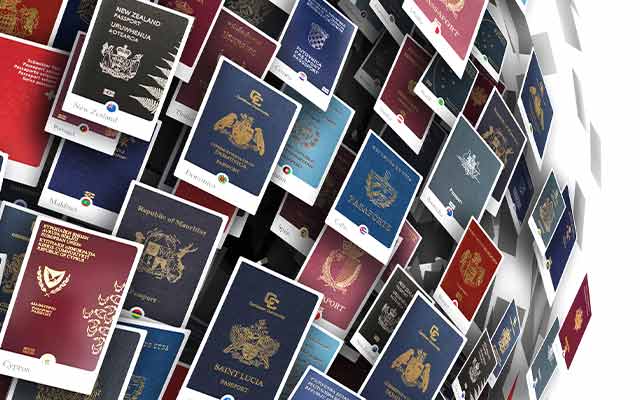 Looking for a life-changing investment? Residence and citizenship by investment give you the power to choose where to live, work, study, retire, and invest. In this Age of Uncertainty, leading global investment migration specialists Henley & Partners can help you and your family unlock new opportunities and secure your future.

Five more years. That’s the amount of time Jamie Dimon always seems to have left as CEO of US bank titan JPMorgan Chase. Today, JPMorgan shareholders will vote on whether they think Dimon deserves the $52.6 million retention award he got last July.

As CEO pay continues to reach new heights, so does investor opposition to big compensation hikes. Dimon will likely keep the money regardless, but the vote will show how investors feel about the award. Two key advisory firms have already recommended that shareholders vote no on the package, citing a lack of performance requirements for vesting. The last time the advisers opposed a vote, support for JPMorgan payouts shriveled.

The “most bitcoin-friendly mayor on the planet”

Francis Suarez, the mayor of Miami, Florida, has thrown his full endorsement behind a CityCoin-branded cryptocurrency for his municipality: MiamiCoin.

But over the last nine months, MiamiCoin has lost nearly all of its value. Its rapid descent has burned investors on the way down, muting the dreams of Miami’s city leaders, and possibly raising red flags for regulators now investigating cryptocurrency transactions.

Quartz reporters Scott Nover and Camille Squires found that while MiamiCoin has made money for the city—about $5.25 million—it hasn’t proved very useful for much else.

In a first for underwear, the US Food and Drug Administration cleared latex panties to protect against sexual diseases during oral sex. The single-use, vanilla-flavored undergarments are just the latest in a boom in underwear innovation.

The lingerie space as a whole is enjoying a surge in investment. Venture capital-backed underwear brands raised $457 million in the last year alone—the highest in five years.

🚗 The countries with the world’s deadliest roads

🃏 In crisis-hit Sri Lanka, India holds all the cards

🇨🇳 Is the era of free movement for Chinese citizens coming to an end?

😀 The three elements of a fulfilling job

Love stories like these?  ✦ Support Quartz journalism by becoming a member today.

Looking for a life-changing investment? Residence and citizenship by investment give you the power to choose where to live, work, study, retire, and invest. In this Age of Uncertainty, leading global investment migration specialists Henley & Partners can help you and your family unlock new opportunities and secure your future.

Wrinkle the duck is nothing to quack at. The feathery participant in the Long Island Marathon ran one kilometer in just over 18 minutes.

As the pandemic ballooned, Marvel zoomed. The studio virtually produced a TV show and box-office hit during covid, with some directors and editors never meeting in person.

Batteries can run on light and water. Researchers created an algae-powered battery that is both renewable and reliable.

Chocolate-free chocolate hit the markets. A UK-based company made the alternative, ethically-conscious sweet from fermented barley and carob.

The replacement rate for most countries is 2.1 children per couple. 🎧 But why is it 2.1? And who came up with the indicator in the first place? Double your knowledge of this demographic concept (and then some) in the latest episode of the Quartz Obsession podcast.