Skip to navigationSkip to content
This story was published on our Quartz Daily Brief newsletter, The concise, conversational rundown you need to start your day.
By Susan Howson & merged-5876237249240050361-7i3ku
Published May 24, 2022

Joe Biden said the US’s “strategic ambiguity” policy has not changed… The president remarked on Monday that he would be willing to use force to defend Taiwan against China, upending four decades of US foreign policy precedent. Now he’s backtracking.

…and unveiled an Indo-Pacific economic pact. The agreement, which aims to counter China’s influence, would include a dozen countries across the region. Meanwhile, at the Quad meeting in Tokyo, the US, Japan, Australia, and India made new security and infrastructure commitments.

China announced policies to support a covid-hit economy. Measures will include broadened tax credit rebates and postponement on loan repayments as the country seeks to recover from its most recent widespread lockdowns.

Didi bailed on the stock market. After a disastrous debut in 2021, the Chinese ride-hailing giant is bowing out of the New York Stock Exchange. The company has faced continuous pressure from Chinese regulators since its IPO less than a year ago.

Toyota will cut its global production. The car company announced that it will make 100,000 fewer cars in June due to a semiconductor shortage.

A raft of fashion companies are reporting earnings this week, including Gap, Macy’s, Ralph Lauren, and American Eagle. Last week, big box retailers like Walmart and Target flashed warning signs about the health of the American consumer.

Athleisure is likely to see a normalization to pre-pandemic spending, and generally now that travel is accessible, Americans have indicated they would rather spend on trips than items. But more expensive apparel brands will actually be bolstered by a resurgence in music festivals, graduations, and weddings (all of which tend to involve costly new outfits).

One thing apparel retailers have going for them is that their goods are relatively compact, meaning freight prices are lower. The cost of shipping a $150 pair of pants is much lower than a barbecue grill that retails for the same price.

The ruble is having a moment

Sanctions be damned! The Russian ruble has emerged as the best-performing currency in 2022, despite wide-ranging sanctions imposed because of its invasion of Ukraine. From the start of the year, the ruble is up nearly 30% against the US dollar, as of May 23.

How did the Russian currency make a dramatic recovery from its record low of 143 rubles to the dollar on March 7? The rally, experts say, is largely artificial, the result of capital controls imposed by Moscow. While the ruble may look promising on paper, in reality, many money changers have stopped dealing in the currency because of the extreme volatility in its exchange rate due to low trade volumes. In other words, it’ll be a short-lived time at the top.

How not to make mistakes

“Let not any rest content with merely one safe investment.” —What Shall I Do With My Money? Or, Thoughts About Safe Investments, T.S. Harvey, 1849

A tiny library in an old, stone building in Edinburgh, Scotland houses 4,000 books in one man’s attempt to chronicle the history of business and finance. Russell Napier calls his collection the Library of Mistakes, and believes that people would make a lot fewer of those mistakes if they studied the mishaps of those who came before them.

At Quartz, we’re on our own mission to shed light on the global economy today so business leaders can avoid the mistakes of tomorrow—and we need your help. Support our journalism by becoming a member.

🙈  What is the treatment for monkeypox?

💸  Why flights are so expensive right now

⚜️  How a French bank set the gold standard for climate action 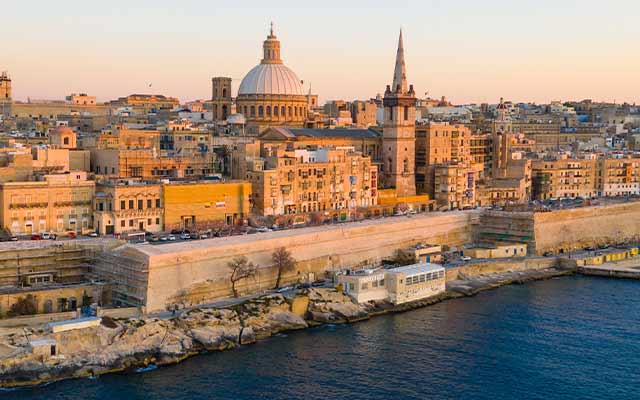 Invest in international real estate and secure alternative residence rights or citizenship at the same time? Henley & Partners can help you and your family expand your personal access rights as a citizen or resident of another country through real estate–linked investment migration programs. One investment. Multiple returns for generations to come.
Learn more

There is a crypto dating show. Proof of Love is like many other reality-esque dating shows, only everyone is way too deep into crypto.

573 people have become billionaires since the start of the pandemic. That brings the total count to 2,668, according to a new Oxfam report. Want to see how the other half lives (or at least what they talk about at the World Economic Forum)? Sign up for our Need to Know: Davos limited newsletter.

More billionaires, but also more scimitar-horned oryxes. The UAE bred 20 oryxes and 25 addaxes and reintroduced them to a wildlife reserve in Chad, an effort to repopulate the antelope relatives in their native Africa.

People with dyslexia are less likely to be right-handed. We’re still not entirely sure why handedness correlates with dyslexia—as a matter of fact there’s a lot we don’t know, which ultimately costs the world money. 🎧  Listen to the newest episode of the Quartz Obsession podcast to learn about the economic impact of dyslexia.