Parents have criticized a delayed police response to the Uvalde, Texas shooting. In a news conference, the community sought answers from police leaders on why it took one hour to stop the shooter. Official accounts of the event have changed.

Texas governor Greg Abbott backed out of the NRA conference. Instead, he will visit Uvalde amid heavy criticism of his pro-gun stance. He still plans to address the NRA by video.

Legislators made plans to discuss gun control. US lawmakers will seek areas of bipartisan compromise, which might include more thorough background checks and red flag laws.

US financial regulators proposed new ESG disclosure requirements. Their goal is to address issues of “greenwashing” by asset managers.

Former Twitter CEO Jack Dorsey stepped down from its board. His exit had been planned since he left his position as CEO. Meanwhile, Twitter will pay a $150 million fine for selling user data, and Elon Musk is pitching in more of his wealth for a Twitter buyout.

Colombia may get its first leftist leader. A vocal critic of the country’s inequality and elites, 62-year-old Gustavo Petro may be propelled to office by the largest youth electorate in Colombia’s history. 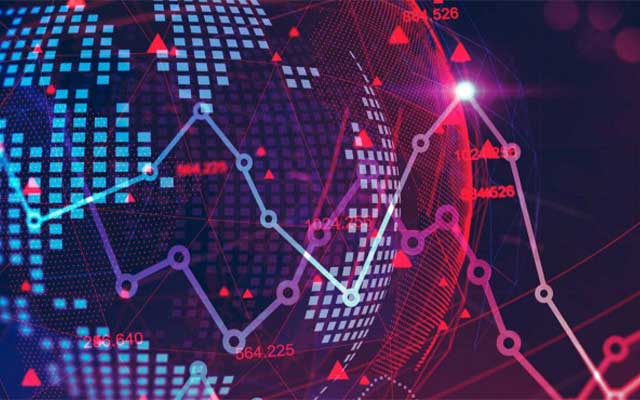 Concerned about future health risks? Secure global access to first-class healthcare for your family through investment migration. Henley & Partners can help you improve your health security by acquiring residence and citizenship rights in multiple jurisdictions. Health is the new Wealth. Invest in your family’s future well-being today.
Learn more

The 2022 World Economic Forum in Davos is over, but the challenges keeping world leaders up at night persist. While trying to keep the jargon to a minimum, we asked some Davos attendees to give us their current panic setting—1 being low and 5 being high—about various pressing topics.

📈  Inflation scored highest on everyone’s list. KPMG US CEO Paul Knopp said he’s particularly concerned by “the number of changes and the number of risks in the market that are intersecting right now.”

📉  The crypto bust came in second with 3s and 4s across the board, though Slack CEO Stewart Butterfield only rated it a 2. “I’m kind of enjoying it.”

🦠 Catching covid at Davos was only the mildest of concerns: almost all 1s.

Catch up on the Davos highlights by flipping through past issues of Need to Know: Davos.

Just how easy is it to get a gun in America?

The fact that shopping for a firearm does not feel noticeably different than ordering a Lego set from Amazon is a telling commentary on the prevalence of guns in US culture. Quartz ordered the exact same gun as was purchased by the gunman who shot and killed 19 students and two teachers at a school in Uvalde, Texas. The DDM4V7, bought a few days after the gunman turned 18, can be ordered in five clicks.

While proof of age and a clean criminal record are required to pick up the gun, these documents weren’t requested when we made the order. Aside from that, it was a routine purchase.

What is strategic ambiguity?

The US has long been flip-floppy when it comes to its policy toward Taiwan. But people are wondering if that will change after president Joe Biden appeared to ditch strategic ambiguity this week when he said the US would intervene if China invaded Taiwan. Of course, the White House clarified those comments, making the president’s words, well, pretty ambiguous.

✦ This week’s Weekend Brief—exclusively for Quartz members—will explain what strategic ambiguity is and how it relates to Taiwan. Sign up to get the brief this weekend and take 40% off.

🤑 Which US states have the highest gas prices?

😔 Gun and ammo stocks soar after the Uvalde mass shooting

🌍 Where 5G has been rolled out in Africa

🙃 Why is India’s economy looking so bleak?

Concerned about future health risks? Secure global access to first-class healthcare for your family through investment migration. Henley & Partners can help you improve your health security by acquiring residence and citizenship rights in multiple jurisdictions. Health is the new Wealth. Invest in your family’s future well-being today.
Learn more

Paxlovid rebound is a thing. The covid antiviral has led to a curious number of “rebound” cases where patients test positive for the virus days after testing negative.

Not Sharknado, but Sharkcano. The underwater volcano of that name is inspired by two native species of sharks that have mutated to live near its acidic conditions.

Argentinian scientists discovered a 30-foot “dragon of death.” The recently discovered pterosaur may have ruled the skies 86 million years ago.

Oud comes from rotting trees. How did something grotesque turn into a cornerstone in perfumery? 🎧 Learn on this week’s episode of the Quartz Obsession podcast.

Our best wishes for a productive day. Send any news, comments, Sharknami, and a dragon of life to hi@qz.com. Reader support makes Quartz available to all—become a member. Today’s Daily Brief was brought to you by Scott Nover, Julia Malleck, Susan Howson, and Morgan Haefner.