A proposed EU oil ban failed, again. The bloc couldn’t agree on terms of the embargo, but will work on the package ahead of a summit of EU leaders in Brussels today.

US vice president Kamala Harris called for an assault weapons ban. She made the remarks after speaking at the funeral of the oldest person killed in the May 14 grocery store shooting in Buffalo, New York.

Trade talks between China and Switzerland have stalled. Swiss newspapers reported that Beijing’s human rights record is holding up negotiations.

Coal India was asked to import coal on behalf of power plants for the first time in years. The change would come as the country prepares for another possible energy crisis in July and August.

The UK’s new High Potential Individual visa is expected to go live today. The program aims to give British businesses access to an influx of skilled young workers.

Pakistan can’t access the global bond market. The government said it needs an agreement with the IMF to help it finance some $37 billion for its fiscal year starting in June. 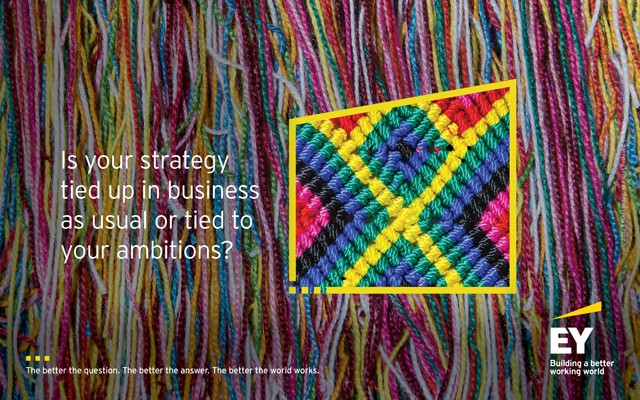 Reframe your future with EY. Find out how EY together with its strategy consultancy EY Parthenon can help reframe transactions, transformation and technology so ideas and implementations are interwoven to realize your ambitions.

Americans took to the road over the Memorial Day weekend, despite record-high gas prices. When the American Automobile Association releases data about how Americans traveled over the holiday, it’ll be a gauge of both people’s waning pandemic fears and their willingness to spend despite high inflation.

Gas prices are way up both because of the war in Ukraine and because of pandemic-related production disruptions. Would electric cars make travel by car a more economic option? Not necessarily. High gas prices are unlikely to push people to switch to electric cars en masse. Besides, prices for e-vehicles are up too, reducing the likelihood that people ditch gas.

It’s not a good time for the food industry

Cracks in the global supply chain, exacerbated by the war in Ukraine, inflation, and climate change, have led prices for foods like wheat to skyrocket. In the US, wheat prices are up 48% year to date. That’s bad news for US restaurants where bread shows up on 62% of menus.

And it’s not just wheat. Here’s a reading list of other food shocks and shortages:

🍽 No one wants to work in restaurants anymore

✦ Love stories like these? Support our journalism by becoming a member today.

The Palme d’or (Golden Palm) is the highest prize awarded at the Cannes Film Festival. This year’s edition concluded Saturday with the top prize going to Swedish director Ruben Östlund for his satirical comedy Triangle of Sadness. In the movie, a cruise ship for the super-rich sinks, leaving a handful of survivors—social media influencers, a couple who got rich making hand grenades and an app developer among them—trapped on an island. It’s the second Palme d’or for the Swedish director.

The award has been given out since 1955 with the highest number going to the US (13), host country France (7) and Italy (5). Only two women have ever won the award.

Comedies are somewhat unusual among Cannes winners—those awards usually go to dramas—but when comedies do win, one thing is clear: they’re either dark or satirical (or both).

😔 Everything we know about Daniel Defense, which made the gun used in Uvalde

🤔 Why is Google laying a subsea internet cable in Africa?

Reframe your future with EY. Find out how EY together with its strategy consultancy EY Parthenon can help reframe transactions, transformation and technology so ideas and implementations are interwoven to realize your ambitions.

Traffic jams are just a math problem. The average driver spends three days a year stuck in traffic, but an Israeli AI firm says it doesn’t have to be that way.

Don’t follow the water. When it comes to searching for alien life, astrobiologists say we’re limiting ourselves by looking only for life that mirrors our own.

Out of sight, out of mind? When people do trade in their gas-guzzlers for cleaner alternatives, the old, dirty cars tend to end up in Eastern Europe, Africa, and South America.

The struggle to feed newborns has been around for millennia. Archeologists have found young babies buried with horn-shaped feeding bottles dating back 6,000 years.

Someone buys a bottle of Chanel No. 5 every 30 seconds. At least that’s what the French government claims. Learn how the perfume became “the monster” of the business in this week’s episode of the Quartz Obsession podcast.

Our best wishes for a productive day. Send any news, comments, tips for avoiding traffic, and the name of your first car to hi@qz.com. Reader support makes Quartz available to all—become a member. Today’s Daily Brief was brought to you by Ciku Kimeria, Francesca Donner, and Morgan Haefner.