It’s been 100 days since Russia invaded Ukraine. The war has killed thousands, displaced millions, and is under investigation for over 15,000 alleged war crimes.

US president Joe Biden said “enough” gun violence. In a Thursday address to the nation, he called for a ban on assault rifles, universal background checks, and “red flag” laws. Three minutes after Biden’s speech, another three people were killed in a shooting in Ames, Iowa. Police have stated that the gunman targeted his surgeon in Wednesday’s attack in Tulsa.

OPEC+ will pump more oil. The Saudi-led cartel of oil producing nations and their allies agreed to increase daily production by nearly 650,000 barrels in July and August. The move precedes a planned visit from Biden who has thawed US-Saudi relations to seek lower oil prices.

The White House will finally pay its interns. Starting in September, federal interns will be paid $21.43 per hour. A release said the change will “remove barriers to equal opportunity for low-income students and first-generation professionals.”

Covid vaccines will be approved for US kids under 5. White House officials expect American health regulators to OK doses for tots by June 21.

Elon Musk said he wants to cut 10% of Tesla jobs… The billionaire stated that he has a “super bad feeling” about the economy. The crypto exchange Coinbase also reported a hiring pause and plans to rescind job offers after losing more than 70% of its value this year.

…while Walmart will add 4,000 new jobs. The retail corporation plans to build four fulfillment centers over the next two years to expand its delivery capacity. 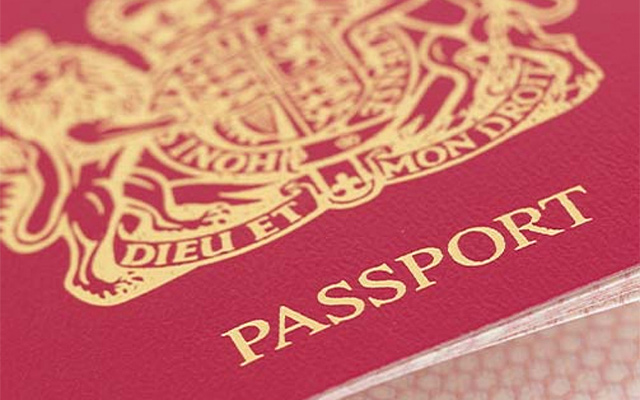 The country in which you are born dramatically impacts the extent of your opportunities and the challenges you will face in life. Through residence and citizenship by investment, Henley & Partners can give you the freedom to choose where in the world you want to travel, live, study, invest, and retire.
Learn more

Today marks the 100th day since Russia invaded Ukraine. Here’s the conflict, by the numbers.

12 million: Ukranians who have become refugees inside their own country. A further 5 million have fled entirely.

30,000: An imprecise estimate of Russian soldiers killed in the war; more than 5,000 Ukrainian soldiers are estimated to have been killed.

1/5: Amount of Ukraine currently held by Russia. President Volodymyr Zelenskyy wants to restore Ukraine’s pre-war borders, but it’s not clear whether his allies will wait that long.

749: Tanks estimated to have been lost by Russia in the conflict, as modern tech like drones collided with a poorly-prepared Russian army.

+28%: Change in the value of the Russian ruble against the dollar; while unprecedented sanctions initially crushed the currency’s value, they also allowed Moscow to prop it up.

$600 billion: An early estimate for the cost of post-war reconstruction in Ukraine.

Some good news for EV makers

One of the biggest stumbling blocks for the widespread adoption of electric vehicles is the shortage of metals used to make EV batteries. But EV makers got a kernel of hope from a May 29 Goldman Sachs research note predicting that battery metal prices will crash over the next two years as a surplus reins in skyrocketing costs.

The respite probably won’t last. Global consumption of battery metals will only keep rising, the analysts predict, and by the end of the decade demand will catch up with supply and push prices up again.

The future of fitness

Peloton is spinning out. Marathon sign-up forms and gyms are filling up. Is the at-home workout movement that boomed during the pandemic on its last legs?

Industry insiders say that while a shift is happening, it’s exaggerated, and consumer preferences will eventually land closer to a midpoint that’s more about flexibility than location.

✦ This week’s Forecast email looks at the convergence of the at-home and in-person exercise industries. Only members can access the Forecast, but you can take 40% off membership today when you sign up (don’t worry, we’re a lot less judgy than the gym).

🌍 Starlink is coming to Africa, but who will use it?

✈️ How powerful is your country’s passport?

The country in which you are born dramatically impacts the extent of your opportunities and the challenges you will face in life. Through residence and citizenship by investment, Henley & Partners can give you the freedom to choose where in the world you want to travel, live, study, invest, and retire.
Learn more

Coffee is linked to longer life. Researchers found that coffee drinkers were 30% less likely to die than those who didn’t during a large-scale study, but the mechanism is unclear (and doesn’t apply to milk-heavy espresso beverages).

Calling all Elizabeths! In celebration of the Queen’s Platinum Jubilee, one UK cinema chain is  offering free tickets this weekend to anyone named “Elizabeth” (variations on the name included).

Tweety bird is joining the blockchain. Warner Bros. is turning the cartoon character into an NFT as part of a project called “Looney Tunes: What’s Up Block?”

Japan welcomed Ukrainian sumo wrestlers. The athletes are finding it increasingly unsafe to train in their country ahead of the World Games in July.

Why is 2% a standard inflation rate target? There’s a reason why countries around the globe, including Canada, Sweden, Japan, and the UK, all use this number. 🎧 Learn the story in the latest episode of the Quartz Obsession podcast.

Our best wishes for a productive day. Send any news, comments, your favorite variation of Elizabeth, and digital Bugs Bunny art to hi@qz.com. Reader support makes Quartz available to all—become a member. Today’s Daily Brief was brought to you by Tim Fernholz, Julia Malleck, and Morgan Haefner.