US senators revealed a bipartisan “pro-crypto” regulation bill. The law would recognize many digital assets as commodities and shift their oversight from the Securities and Exchange Commission (SEC).

US Treasury secretary Janet Yellen warned inflation will remain high. On Tuesday, she stated that inflation levels are “unacceptable” and a “top economic problem.”

The World Bank cut its outlook for the global economy. The agency said the Russia-Ukraine war and high inflation will slow growth to 2.9% this year, down from 5.7% in 2021.

An oil company is selling renewable energy to Texans. Shell, the London-headquartered energy firm, is outpacing American rivals in the wind and solar power sector.

Target bought too much inventory. The US retail giant is cutting prices and canceling orders from suppliers as Americans’ spending habits changed faster than expected.

Climate crisis costs are up over 800%. Not only is the need for extreme weather-related humanitarian funding higher, but donor nations are having trouble keeping up, according to a new report.

Credit Suisse is considering another round of job cuts. After warning it will likely report a loss in the second quarter, the bank is considering company-wide layoffs. 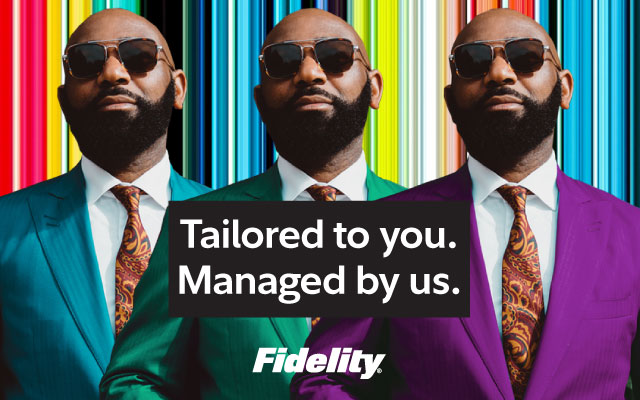 Introducing a new way to have a professionally managed, personalized stock portfolio tailored to what matters most to you. Learn more about Fidelity Managed FidFoliosSM

Tencent is officially shuttering its streaming service Penguin Esports this week, citing changes to its business strategy. The change comes months after Chinese regulators blocked a $6 billion merger between two other streaming platforms where Tencent holds a sizable stake: Huya and Douyu.

China’s hostile attitude toward the gaming industry is nothing new. In recent years, it has suspended game title approval and banned children’s playing time for video games. No new game titles were approved for sale in May this year, while 60 were approved for June but none for Tencent and NetEase, the industry’s largest players.

This trend is likely to continue. Beijing’s targeted crackdown, which led to the closure of 14,000 game studios between July 2021 and April 2022, is pushing companies to pivot their business overseas. Just last month, NetEase announced the opening of its first US-based studio in Texas as it seeks new opportunities for growth.

Howard Schultz’s third stint as Starbucks CEO is set to end in March as the company zeros in on a new leader it hopes to name by this fall. According to the Wall Street Journal, the coffee chain isn’t interested in another Schultz. In fact, it’s only considering external candidates, and Schultz has asked some executives, who’ve been at the organization for more than 15 years, to step down.

What will make the best CEO candidate for a global coffee giant that’s looking to stir things up? Here are a few qualifications that might move someone to the top of the list:

The big business of podcasts

Question: Which fact is true of Quartz Obsession podcast listeners?

3. They listen on Apple Podcast and Spotify the most

4. Nearly all finish each episode

As with most things on the internet, data collection has become a big part of the podcasting business. But there’s still limitations for podcasters who want to really understand and grow their audience. Get meta with us and learn all about the business of podcasting in the latest episode of the Quartz Obsession podcast.

🧠 Big tech is winning the battle for Kenya’s talent

Introducing a new way to have a professionally managed, personalized stock portfolio tailored to what matters most to you. Learn more about Fidelity Managed FidFoliosSM

KFCs in Australia are putting cabbage in their burgers. Faced with a lettuce shortage, the fried chicken chain told customers that it will use a crispy blend of the two greens.

Before they were McNuggets, chickens were status symbols. Researchers say the domestication of chickens may have occurred some 3,500 years ago in what is now Thailand.

Bumblebees are fish, according to a California court. The unanimous ruling straightened out a legal debate between conservationists and farmers over a half-century-old endangered species law.

Licking fish roe from one’s fist is all the rage. The caviar “bump” is a no-frills way to eat a pricey delicacy.