A gas tax holiday could take effect by July 4. US president Joe Biden is considering measures to ease pain at the pump as a record number of travelers plans to hit the road for the holiday weekend.

Former Tesla employees are suing over the layoffs. The lawsuit claims the company violated federal law as it failed to provide advance notice of the 10% job cuts.

JetBlue raised its offer to buy Spirit Airlines. The airline also strengthened its commitment to sell off other assets to appease regulators as the bidding war with Frontier continues.

Terraform Labs employees can’t leave South Korea. Prosecutors are investigating the crypto company over the $40 billion crash of its stablecoin.

The former boss of a Honduras power company was sentenced to jail over the murder of an environmental activist. Roberto David Castillo was found to have hired the hitman who killed Berta Cáceres.

Canada cracked down on single-use plastics. By December 2022, companies will be barred from importing or making six types of plastic products, including straws and plastic bags. 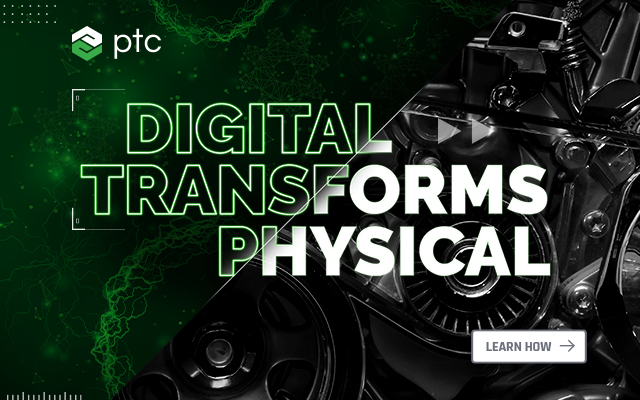 At PTC, we build technology with purpose; to transform the physical world. Our technology powers the millions of ways that happens every day. No matter the challenges that lie ahead, our portfolio of technology is ready to advance how everything around us is engineered, manufactured, or serviced.
Learn How

A law giving the US enhanced powers to block the imports of goods tied to forced labor in China takes effect today. The Uyghur Forced Labor Prevention Act targets goods originating from the northern autonomous region of Xinjiang, a major manufacturing hub.

US legislators and governing bodies have stated the region is host to mass internment camps subjecting thousands of detainees from Muslim minorities to forced labor as well as other abuses. The Chinese government rebuffs the accusations and has cautioned against implementing the bill as it would disrupt business relations between the two countries.

These are some of the sectors most exposed to the risk of forced labor.

🔆 Polysilicon, including the kind used in solar panels

📱 Touch screens and other electronics components

Ultra-fast delivery service, a business model that drew billions in investment during the pandemic, is now facing troubled waters in a post-pandemic world. Having burned through VC cash, and with customers once again free to roam, many delivery startups are cutting back their services or closing shop.

Others, like the US company Gopuff and Germany’s Gorillas, which operate in hundreds of cities, are using discounts to attract and retain customers as they seek to chart a course to profitability. But the high percentage of discounts is not a great sign for the industry, which has relied on scale and cheap services for cash flow.

With unstable markets and investors shifting to other prospects, delivery services will likely have to change their strategy if they want to stay afloat.

The fuel poisoning a new generation

3 million: The number of children in the US near airports that use leaded aviation gasoline.

Quartz has published a Pulitzer Center-supported, six-month investigation into how aviation fuel is poisoning a generation of Americans, and how—after decades of delays and resistance from oil companies, aircraft manufacturers, and even federal agencies—a solution may exist inside an airplane hangar in Ada, Oklahoma.

​​✦ Quartz members gained insight into what it would take to end the use of leaded aviation gasoline in the US in our latest Forecast email. Sign up for membership today and get 40% off.

🛩 Are you at risk of lead exposure from a nearby airport?

At PTC, we build technology with purpose; to transform the physical world. Our technology powers the millions of ways that happens every day. No matter the challenges that lie ahead, our portfolio of technology is ready to advance how everything around us is engineered, manufactured, or serviced.
Learn How

Odd spirals of blue light were seen in the sky over New Zealand. Believe it or not, it probably has something to do with Elon Musk.

Love letters are getting a revival. One city in Japan is encouraging singles to scrap the dating apps and find their match by putting pen to paper.

VR at work may not actually… work. A study found that being in the metaverse all day can lower productivity, increase stress, and give people migraines.

Velvet worm slime could be the next bioplastic. The webby substance, which is as strong as nylon, could one day have commercial viability.

A black hole may have gone rogue. Black holes are usually found paired with a companion star, but scientists believe they have found one wandering all on its own.