The US Federal Reserve acknowledged rising interest rates could trigger a recession. Last week’s decision is already having an impact on the housing market, with JPMorgan cutting jobs in its mortgage unit.

E-cig maker Juul’s market share went up in smoke. The US Food and Drug Administration is set to ban the vape company following an investigation and thousands of lawsuits.

Revlon has become a meme stock. After filing for bankruptcy last week, the cosmetics company’s stock has shot up more than 50% as speculative retail investors cash in.

The Westminster Dog Show crowned a new top dog. Trumpet the bloodhound became the first of his breed to earn Best in Show. 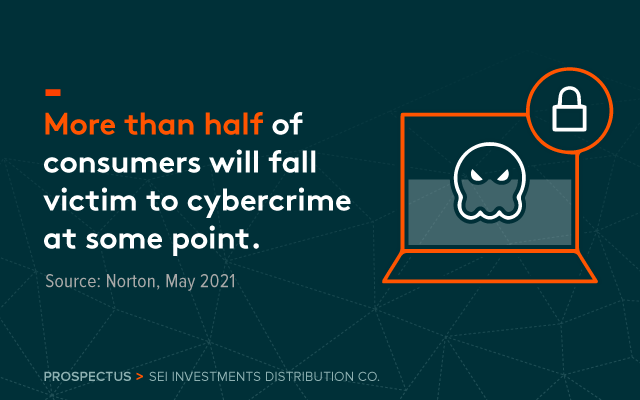 The rise of cyber threats is not just a news story, it’s a reality. But as the world continues to digitalize, more of our data and devices are potentially at risk. The Global X Cybersecurity ETF (BUG) provides exposure to companies preventing intrusions and attacks — all in single trade.
Explore BUG

Summer has officially started in the northern hemisphere, but the jury’s still out on its official song. The charts are topped by Harry Styles’s “As It Was,” and Kate Bush’s 1985 classic “Running up that Hill.” But Billboard charts may no longer be a good yardstick for a song’s success.

For one, Billboard’s chart-toppers are pop and reggaeton, but Twitter is all about Kpop, and indie jazz is hot on Bandcamp. And Billboard itself has acknowledged it can’t keep up with streaming. TikTok generates viral hits too—treat yourself to TikTok compilations of Lizzo’s upbeat “About Damn Time,” and Jack Harlow’s “First Class.” And, of course, Beyoncé has a new single (and Great Resignation anthem?).

Spotify just went ahead and threw them all on one list, and maybe we no longer like to be told what single song defines our season, anyway.

What’s the point of a gas tax holiday?

In response to record-high gasoline prices, US president Joe Biden asked lawmakers yesterday to pause federal taxes on the fuel for three months. Production of gasoline in the US is already close to maxed-out, and outside of begging Saudi Arabia to drill more, the federal government doesn’t have a ton of cards to play.

But it’s not like the temporary tax break, which some states have also tried, will save drivers all that much. The federal gas tax is 18.4 cents per gallon, less than 4% of the current gasoline price. Plus, a break on a fixed rate looks even worse if gas just keeps getting more expensive.

Whether the gas tax holiday will be another fruitless effort to curb inflation is hard to say. But targeted relief for low-income households, as well as subsidies on public transit and electric vehicles, could be a better place to start.

Did the US waste low interest rates?

Today’s inflation problem can be traced in part to the last recovery, when public investment stalled despite unprecedented low interest rates. The decision to forego investment left the US vulnerable to supply chain problems, and led industries like housing and energy to cut much of the capacity the world sorely needs today.

​​✦ Our next Weekend Brief, available exclusively to Quartz members, takes a look at the “wasted decade.” Get it in your inbox by signing up for a membership (at 40% off!) today.

❓  Will lifting US tariffs on Chinese goods help fight inflation?

🛍🏬  Some Chanel customers spend so much money, they get their own special stores…

The rise of cyber threats is not just a news story, it’s a reality. But as the world continues to digitalize, more of our data and devices are potentially at risk. The Global X Cybersecurity ETF (BUG) provides exposure to companies preventing intrusions and attacks — all in single trade.
Explore BUG

Porn-detecting headwear now exists. Chinese scientists have developed a helmet that can read brainwaves to detect consumption of illicit material.

Robo-fireflies have taken to the skies. Flying, insect-sized robots can use light to communicate with each other.

A tiny, self-healing robo-fish is bait for microplastics. It’s made of materials the pollutants can’t resist.

Amazon’s latest hire is a robot worker. It won’t quit unless it runs out of power.

Londoners are going wild for vegetable cocktails. That’s one way to get your five-a-day.