Skip to navigationSkip to content
This story was published on our Quartz Daily Brief newsletter, The concise, conversational rundown you need to start your day.
By Morgan Haefner
Published June 28, 2022

…while California will vote on adding abortion rights to the state constitution. It may become one of the first states to codify abortion and contraception rights.

46 migrants were found dead in a Texas semitruck. Another 16 people have been hospitalized after the vehicle was discovered on a remote road in San Antonio.

A judge ruled noncitizens cannot vote in local New York City elections. The law that was struck down would have granted voting rights to 800,000 people.

US officials visited Venezuela. The trip is the latest effort to return detained Americans, and comes amid growing pressure for lower gas prices. 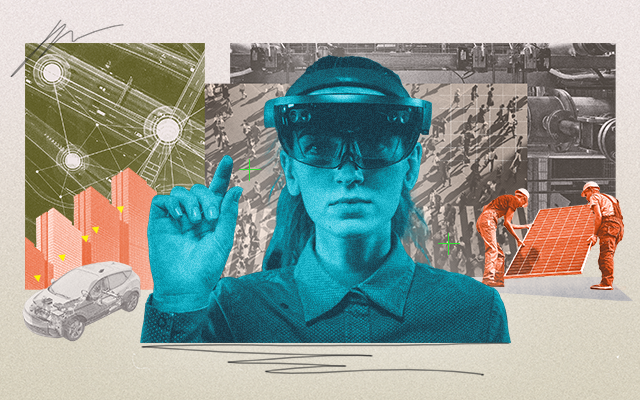 It’s been a big week for the US Supreme Court. Up next: A decision to severely limit the powers of the US Environmental Protection Agency.

The plaintiffs, which include several coal and mining industry companies and Republican state attorneys general, have argued that the EPA has overstepped its statutory mandate in a controversial rule about regulating greenhouse gas emissions—only that rule doesn’t exist, and never really did. The Obama administration’s 2015 Clean Power Plan was disputed, repealed, and later replaced with the Affordable Clean Energy rule in 2018 (since remanded, and there’s no new rule yet).

The court could decline to decide until a new EPA rule is issued, or, it might say the EPA lacks “beyond the fence-line” authority but can regulate individual power plants. In the worst case scenario, the decision could lead to overturning the landmark ruling that established the agency’s right to regulate CO2 and greenhouse gas emissions.

The next abortion battleground

More than half of all abortions in the US are medication abortions—meaning they are induced by pills. Many of those pills are sent by mail following a telehealth consultation, making the US Postal Service, a federal agency, among the main conduits for abortion access.

As some US states move to enforce bans on abortion, pills-by-mail will become a legal challenge as well as one of enforcement. Here’s where the lines are drawn, for now:

💊  States can regulate access to health within their borders, but they can’t regulate federal mail. And monitoring each package’s contents is unrealistic, especially in a post-pandemic world.

💻  States can take swipes at telehealth, but those attempts are easy to circumvent.

⚙️  States are big, but Big Pharma is a beast. Manufacturers of abortion pills are already suing states, arguing that federal approval of a drug overrides state laws.

Africa has one of the lowest insurance penetration rates in the world: less than 3%.

​​The continent’s insurance industry struggles for several reasons, chief among them a lack of development. Getting insurance is a lengthy and complex process, and people are skeptical of providers thanks to long process times for claims that rarely materialize.

But Africa’s appetite for insurance is growing.

Our latest Quartz Africa Member Brief was all about waking Africa’s sleeping giant—the insurance industry. ​​✦ Read this issue, peruse the archive, and get a fresh one every Wednesday in your inbox by signing up for a Quartz Africa membership today. And hey, go ahead and take 35% off.

🏃‍♀️  How much is Kate Bush making from “Running Up That Hill”?

🏦  Can bankers fix their climate problem from the inside?

🏐  Are you ready for the Top Gun universe?

The most complete mummified mammal was found in the Americas. “She’s perfect and she’s beautiful,” a paleontologist said of the baby wooly mammoth that’s 35,000 years old.

The deepest shipwreck was discovered off the coast of the Philippines. The US Navy destroyer was found 6,985 meters (22,916 feet) below the surface.

Bored & Hungry has to be the most confused restaurant. The NFT-themed burger joint in Los Angeles decided not to accept cryptocurrency anymore.

Our grossest friend criterion is that they smell similar to us. Yes, humans smell each other all the time.

The world’s worst hotel has walless rooms snuggled between a highway and a gas station. Renters aren’t supposed to sleep, but rather ponder the climate crisis and other horrors.

Our best wishes for a productive day. Send any news, comments, olfactometers, and a peaceful slumber to hi@qz.com. Reader support makes Quartz available to all—become a member. Today’s Daily Brief was brought to you by Julia Malleck, Susan Howson, Morgan Haefner, and Amanda Shendruk.