Skip to navigationSkip to content
This story was published on our Quartz Daily Brief newsletter, the concise, conversational rundown you need to start your day
By Julia Malleck
Published July 5, 2022

Gun violence marred July 4 celebrations in the US. The country was shaken by a mass shooting in a Chicago suburb that killed at least six people, while gunfire injured two police officers at a fireworks show in Philadelphia.

The three largest drug distributors in the US won an opioid case in West Virginia. A judge ruled McKesson, AmerisourceBergen, and Cardinal Health did not cause an oversupply of opioid pills.

A Chinese-Canadian billionaire abducted from a Hong Kong hotel in 2017 went on trial in China. Canadian consular officials said they were denied access to Xiao Jianhua’s trial.

Basketball star Brittney Griner wrote to president Joe Biden. The athlete, who was arrested in Russia in February, called for action to free her and other US detainees in the country.

The US said the Israeli army was “likely responsible” for the death of Palestinian reporter. However, a ballistic test of the bullet that killed Shireen Abu Akleh was deemed inconclusive.

Chile finalized the draft of its new constitution. If approved in a referendum on September 4, the document will replace a text written under the dictatorship of Augusto Pinochet. 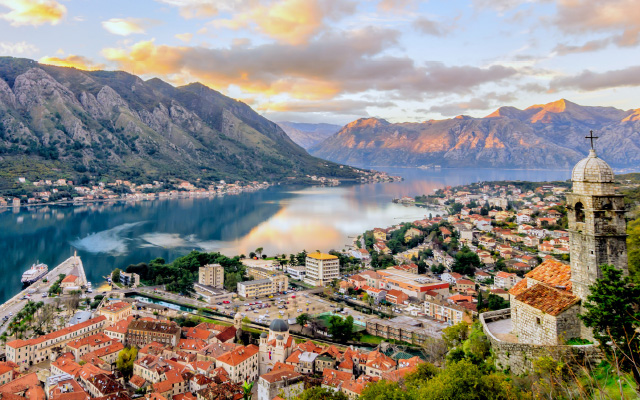 Interested in a real estate investment that also gives you European citizenship? Look no further than majestic Montenegro. For a minimum investment of EUR 450,000 you can become a citizen and secure a passport of this official EU candidate country in eight to ten months. Contact Henley & Partners and apply now before the program ends on 31 December 2022.

The US Federal Reserve, which has been focused on bringing prices down for the past few months, knows its recent actions could trigger a recession. Its tools, however, only affect the demand side of the economy. The central bank can’t increase the oil supply, build semiconductors, produce more aluminum, or speed up logistics.

What the Fed can do is respond to data in real time, and lower interest rates if it looks like inflation is coming down.

Even though new manufacturing data show supply chain snags persist, the Fed may be hiking too fast, and dampening demand for industries that need to invest in equipment and structures that would build the US economy’s resilience in the long term.

Have a nice flight, Albert

This vacation season, there’s little to suggest that staff strikes, canceled flights, and C-suite resignations are going to be over soon. But there’s a silver lining: airports might be getting a tad easier to navigate thanks to the personalized flight information boards that Delta Airlines is piloting in Detroit Metro Airport.

The company behind the boards, California start-up Misapplied Sciences, has created a new technology called “Parallel Reality” which can display information for up to 100 travelers simultaneously. The boards can project millions of light rays in different directions, and uses digital identification like facial recognition, to match information to passengers.

Parallel Reality is no more vulnerable to data breaches than existing systems, according to a Delta representative. The hope is it can help declutter information passed along to travelers as they negotiate the gates, sandwich shops, and metal detectors of airport life.

It’s been a decade since the gene editing process known as Crispr came onto the scene. Here are just a few of the things scientists have done with Crispr since:

😷 Fought cancer. From the lungs to the cervix, Crispr has shown promise in combating many different kinds of cancers. Some experiments use the enzyme to harness the immune system to attack the cancer.

🦠 …and infectious diseases such as HIV.

Crispr’s teen years are looking even more promising. If you’re a member, check out our latest issue of the Forecast to understand more about what it can do for us in the next decade. ​​✦ If not, take 40% off a membership and get this and other issues of the Forecast in your inbox every weekend.

📵 India’s government may be banning Sikhs on social media

💳 Zambia is getting virtual debit and credit cards

🏭 What the Supreme Court ruling means for US climate change policy

Interested in a real estate investment that also gives you European citizenship? Look no further than majestic Montenegro. For a minimum investment of EUR 450,000 you can become a citizen and secure a passport of this official EU candidate country in eight to ten months. Contact Henley & Partners and apply now before the program ends on 31 December 2022.

Giant snails are attacking Florida. The invasive species, which carries a parasite called the rat lungworm, has sent a county into quarantine.

Nobody bid for the first Chevy NFT. It even comes with a free “minted green” 2023 Corvette Z06, but still no takers.

Poop law reform may soon be on New Zealand’s docket. The Responsible Campers Association wants a responsible revision of the law, which permits people to go in public (if alone).

A Burger King employee got a six-figure gift. After working 27 years at the fast food chain, Kevin Ford got a miserly thank you from the company—but others stepped up.

You may now kiss the alligator. In a traditional Indigenous ritual, a mayor in Mexico married a reptile bride to bring prosperity.