Skip to navigationSkip to content
This story was published on our Quartz Daily Brief newsletter, The concise, conversational rundown you need to start your day.
By Julia Malleck
Published July 11, 2022

The next UK prime minister will be announced on Sept. 5. The eleven candidates vying to replace Boris Johnson are more ethnically diverse than any prior Conservative leadership contest, and all are promising tax cuts.

Sri Lanka’s parliament outlined steps to elect a new president. The incumbent president and prime minister are resigning amid protests and an economic crisis. A vote will be held on July 20.

Tesla’s Berlin gigafactory is halting production for two weeks. The shutdown comes only a few months after the factory opened. Meanwhile, Toyota’s Motomachi plant will continue its suspension amid a model recall. Hyundai Motors faces part shortages and delivery delays.

Protests in China over frozen bank deposits turned violent. Mass demonstrations in Henan Province have led to arrests and clashes with police.

Shanghai recorded its first case of covid-19 subvariant BA.5. Authorities allayed fears of a return to harsh lockdowns, but tougher restrictions have returned to some districts.

The Aboriginal flag has been permanently raised over Sydney harbor. It has been hailed a victory for the Indigenous community following a years-long campaign.

The first image from NASA’s James Webb Space Telescope was released tonight by president Joe Biden. Here it is, folks: the highest-resolution image of the universe ever captured—or at least, what it looked like about 13 billion years ago:

The $10 billion, tennis-court sized spacecraft that captured this view is the largest, most powerful telescope ever put in space—true to form, 10 years behind schedule and double its original budget. Its sensors are powerful enough to spot the heat of a bumblebee at the distance of the Moon from the Earth.

Launched in December to a location 1 million miles from Earth, it is now ready to use its 21 foot (6.5 meter) wide mirror to peer at distant planets and ancient stars. Tuesday, scientists at NASA will release five more images of stars, galaxies, and planets, giving more insight into the space telescope’s capabilities.

Russia shut down Europe’s biggest natural gas pipeline, Nord Stream 1, for scheduled maintenance yesterday. But the key question is if the pipeline will reopen within the promised 10 days. Russian president Vladimir Putin has financial interest in maintaining the flow of gas, but some German officials fear he’ll choose politics over profit.

Not to mention, winter is coming. Bloc members are supposed to fill their natural gas storage to at least 80% capacity by November, but most of the continent’s biggest consumers are currently storing far less than that, following a winter with high demand and a period of low gas production during the pandemic.

The likelihood of an extremely tight gas market during the winter is already pushing up futures prices.

The UK is even less secure than the chart above suggests, since its storage capacity is only enough to support a few days. 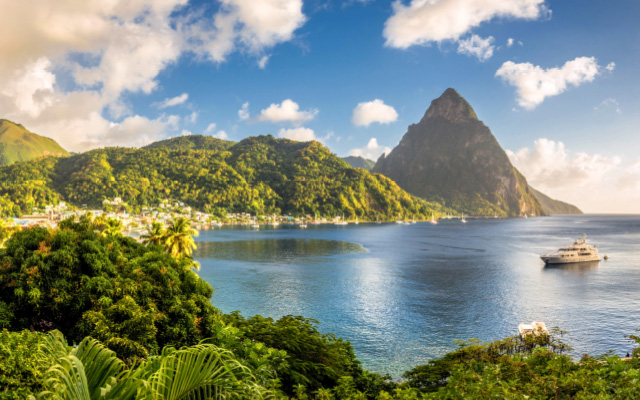 Considering diversifying your citizenship portfolio as a volatility hedge that gives you access to other jurisdictions? Donate USD 100,000 to a government fund or invest in property, enterprise, or the Covid-19 Relief Bond (ends 31 December 2022) and become a citizen of St. Lucia in three to four months. Contact Henley & Partners to find out how.

Birth control minus a prescription

It’s been 62 years since the US started offering women hormonal birth control—the first country to do so. Yesterday, HRA Pharma, a French drugmaker owned by Irish pharmaceutical company Perrigo, filed an application with the US Food and Drug Administration to make its contraceptive pill available over the counter. Quartz’s Annalisa Merelli details how such a step reclaims reproductive rights and improves access to contraception, but should not be viewed as a quick fix to the country’s current abortion rights crisis following the overturning of Roe v. Wade.

✦ With your support, we can continue writing stories like these—plus, you’ll gain access to exclusive content, including two weekly emails that dive deeper into the topics driving the global economy. Sign up today and take 40% off!

📈 India’s population is set to surpass China’s in 2023

🎥 Marvel’s Thor is bringing Hollywood back to pre-pandemic business

Considering diversifying your citizenship portfolio as a volatility hedge that gives you access to other jurisdictions? Donate USD 100,000 to a government fund or invest in property, enterprise, or the Covid-19 Relief Bond (ends 31 December 2022) and become a citizen of St. Lucia in three to four months. Contact Henley & Partners to find out how.

More than 100 lions have taken up residence along beaches in India. Conservationists say territory wars between prides have pushed some to the Gujarat coasts.

Finland’s new event venue is supported by 95 trees. The Pikku-Finlandia in Helsinki is also fully transportable and recyclable.

Welcome back, Spix macaw. The striking blue Brazilian parrot, once thought to be extinct, has been revived by a successful breeding program helped by the popularity of the Rio movies.

Nanoparticles might be the future of teeth cleaning. A “robotic microswarm” could function as a mildly terrifying three-in-one brush, rinse, and floss mechanism.

Britain’s gray squirrels will be put on birth control. The menace to UK woodlands will be given oral contraceptives hidden in hazelnut spread.