Skip to navigationSkip to content
This story was published on our The Memo from Quartz at Work newsletter, Practical advice for modern workers everywhere.
By Heather Landy

In the 1960s, American architects were preoccupied with erecting iconic buildings along city skylines. Few cared what the towers looked like on the inside.

The contemporary focus on office interiors is thanks to Art Gensler. The Brooklyn-born architect, who passed away on May 10, opened his eponymous practice in 1965. Starting with two towers in San Francisco, he proved that designing attractive interiors could lure tenants to new buildings. The focus on interiors, which he called “inside-out design,” eventually helped his firm become the world’s largest architecture practice.

Today, the firm has more than 6,000 employees working on projects in more than 100 countries. But Gensler’s earliest hires were confounded by the idea of pouring energy into designing spaces inside towers built by other firms. Over time, his persistence in prioritizing interiors that respond to shifting work styles would prove key to the firm’s success.

Gensler co-CEO Andy Cohen, who has been with the firm for 40 years, says his longtime boss and mentor had been thinking about the next evolution of the office after the pandemic. In one of their last conversations, the 85-year-old Gensler described how residential interior design might improve solutions for the office.

“He said, why don’t we take that idea and apply it to the open plan, where we have more living room settings and den settings and a sense of choice for where people can work,” Cohen say. “Art definitely kept saying, ‘Let’s design it so that people have a choice when they come back to the office.’”—Anne Quito

🏢 Klarna outgrew its New York office before it could even use it. The buy-now-pay-later startup has big plans for America.

🏙️ There’s a better metaphor for work than “family” or “team.” What work really takes is a village.

🥺  Not everyone understands the rules yet about propositioning people at work. Here’s a handy flowchart to remind you when it’s ok and when it’s not.

😷 Taiwan’s face-time work culture is hurting its pandemic response. Despite a strong preference to hunker down and stay at home, subways and roads are still filled with commuters who have no choice but to come to work.

🤦‍♂️ This isn’t the first time Bill Gates has damaged his reputation. The tech titan wasn’t always known as a cozy-sweater-wearing, book-recommending mensch. 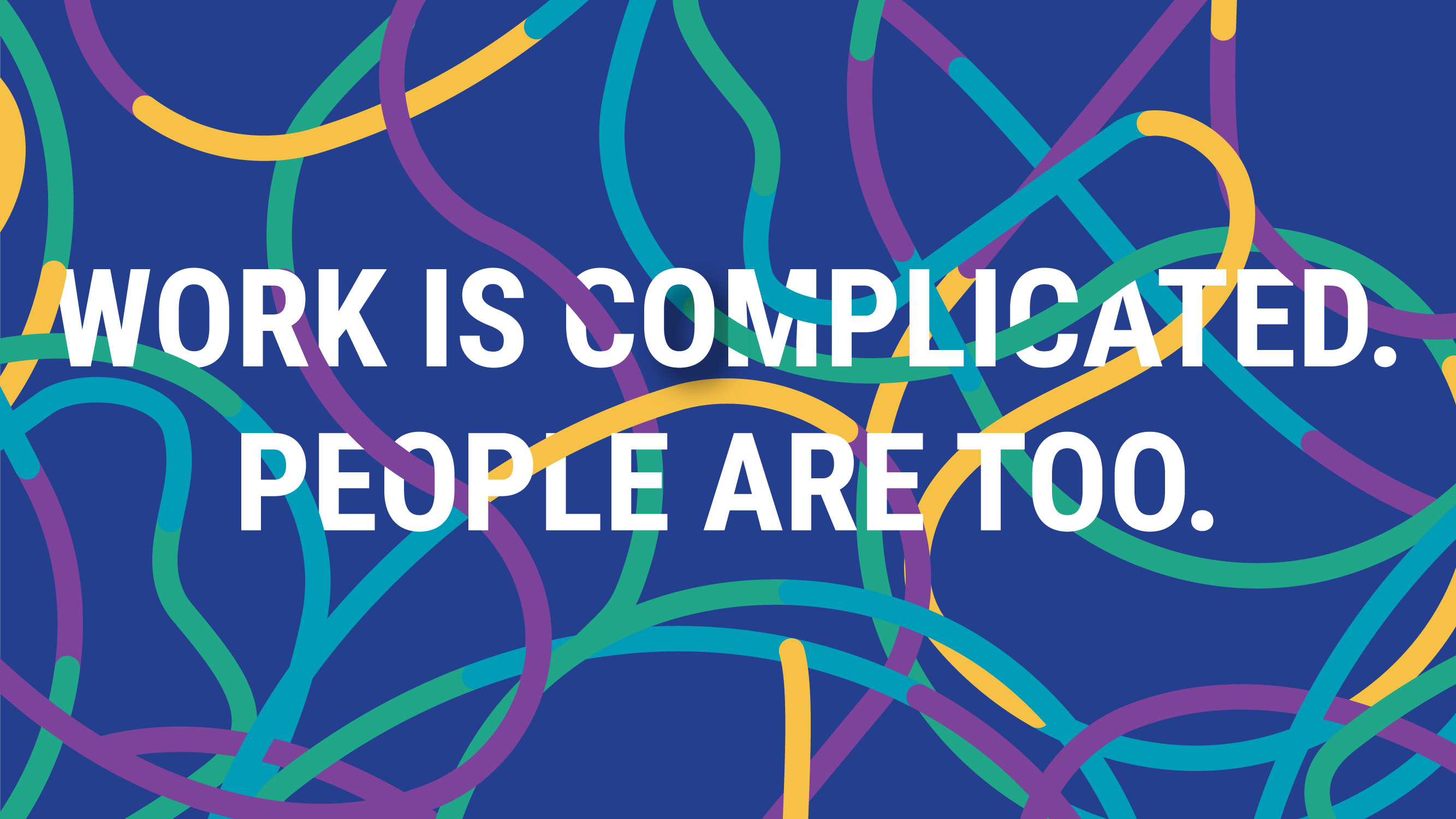 A hack for healthy workplace relationships. Cloverleaf’s Public Profiles are a new, free way to let your colleagues know how you like to work. You’ve got nothing to lose and powerful, productive collaboration to gain. Create your profile today.

In 2015, Walmart declared it would raise wages—meaningfully—for more than 1 million employees. Wall Street balked, and critics of Walmart’s famously parsimonious ways were shocked, but CEO Doug McMillon drew “a straight line from the decision to boost pay to the stark need to start countering the threat from Amazon,” as Quartz’s Oliver Staley reported two years after the surprise announcement. By then, the impact of Walmart’s move was clear: If not exactly a race to the top, the company was already a major influence in a race from the bottom.

The wage hikes came in stages. At the same time, Amazon, Target, and other retailers were stepping up their pay, too. Then came the pandemic, and both the public pressure to fairly compensate essential workers and the realities of a labor market that, for reasons still not fully explained, is not snapping back to business as usual.

The impact is now spilling over to other sectors. Last week, at a conference of the Society for Advancing Business Editing and Writing, Marriott CEO Anthony Capuano suggested that employers like Walmart and Amazon have become very competitive on pay, which has helped them retain low-wage workers—and is making it difficult for the hotel chain to overcome labor shortages in markets with high demand. (He also cited the relative generosity of US unemployment benefits in the pandemic, school closures that are keeping some parents out of the workforce, and concerns about the dependability of work in the hotel industry in light of the past year’s downturn.)

The takeaway: As Staley noted in 2017, “There are two basic ways to close the inequality gap in America, now among the widest in the developed world. We can diminish the income of the highest-paid 1%—those whose households make roughly $1.4 million a year—via progressive taxation and new rules giving shareholders more control over CEO pay. Or we can lift the income for workers in the bottom 90%—those with an average household income of  $34,000—through minimum wage increases, tax credits, and subsidies.”

McMillon was among the executives to recently oppose US president Joe Biden’s efforts to raise the federal minimum wage to $15 an hour, and new tax credits have not yet had time to arrive in Americans’ bank accounts and make their way into the economy. But the free market also has a role to play in shrinking the wealth gap, and it appears that at least some of America’s largest corporations, whether out of a sense of obligation to their workers or to their shareholders, are beginning to recognize it.

The e-commerce surge of the past year was astounding, and experts believe a lot of the digital shopping habits consumers picked up during the pandemic are here to stay. But the reality is, stores aren’t going away.

As virtual as our lives have become, stores remain an indispensable way for us to interact with products and brands, and the commercial areas where they cluster can still be vital social spaces. Stores are convenient, too—in some cases a more convenient way to shop than buying an item online and waiting for delivery. But the way companies use stores is evolving as technology alters the way we buy things.

Read more here about the five ways stores are evolving as e-commerce takes off.

CEOs often use elaborate frameworks for setting corporate strategy—yet they still struggle to decide which projects to prioritize. They end up saying yes to too much and everyone ends up feeling stretched.

But business strategy doesn’t have to be complicated, says Harvard Business School professor Felix Oberholzer-Gee. In fact, some basic economics and one simple exercise are enough for most companies to decide what to prioritize. His approach has another important benefit: it helps clarify whether your company is actually good for customers, employees, and the world.

Start a free week of membership to read A simple, ethical approach to corporate strategy.

While we have more digital tools than we’ve ever had before, building networks and authentic professional relationships in many ways seems harder than it’s ever been. Can we find ways to connect to people without it feeling awkward, dirty, or embarrassingly self-serving?

Indeed, we have—thanks to the advice of the expert panelists at our most recent Quartz at Work (from home) workshop. Your Quartz membership or free trial is your passport to our replay and detailed recap, featuring advice for early-career folks, mid-career industry switchers, and senior professionals who still haven’t quite gotten over their skepticism about networking. Let our workshop change your mind about why and how we should network.

“It should be fitting the job to the human, not fitting the human to the job.”—Northeastern University professor Jack Dennerlein telling the Wall Street Journal why educating employees isn’t as effective in lowering on-the-job injury rates as reconfiguring the workspace is.

A modern leadership story: Many CEOs of major corporations abstain from social media. Not Adam Aron. The CEO of AMC Entertainment has not only rejoined Twitter after a long hiatus, but has also become a meme lord. Quartz’s Adam Epstein explains the unlikely alliance between a corporate executive and the self-described apes of Reddit.

This Memo was produced at home in blissful silence because sometimes even music lovers need an auditory break, especially once their partners have gone back to the office.

You got the Memo!

Our best wishes for a productive week. Please send any workplace news, simple business strategies, or corporate meme lords to work@qz.com. Get the most out of Quartz by downloading our app and becoming a member. This week’s edition of The Memo was produced by Heather Landy and Sarah Todd.