Skip to navigationSkip to content
This story was published on our The Memo from Quartz at Work newsletter, Practical advice for modern workers everywhere.
By Heather Landy
Published August 4, 2021

It’s not unusual today to hear business leaders treat diversity as a moral issue, but it wasn’t long ago that they framed it mainly in terms of the financial benefits. Key to that argument were three widely cited McKinsey studies, released in 2015, 2018, and 2020, showing a connection between the diversity of a corporate leadership team and the fatness of the company’s profit margin.

But what if McKinsey got it wrong?

In a new paper, a pair of accounting professors report that they applied McKinsey’s approach to companies in the S&P 500 index and could not find a link between racial or ethnic diversity and financial performance. While the paper has not yet been peer-reviewed, its findings are consistent with a larger academic body of work. “Scholarly researchers have rarely found that increased diversity leads to improved financial outcomes,” wrote Harvard Business School professors Robin Ely, the faculty chair of the school’s Gender Initiative, and David Thomas, the president of Morehouse College, in a 2020 article for the Harvard Business Review.

It certainly would be convenient if more diversity led to higher profits. But if there’s no demonstrable correlation, why should companies be any less committed to the cause?

Setting aside the matter of profits, companies still may have selfish reasons for prioritizing diversity—positive press, say, or the need to meet regulations. But as the old mantra of shareholder primacy makes way for the ideals of stakeholder capitalism, and as workers raise the bar on what they expect from employers on diversity and inclusion, the most effective tactic for getting companies to make changes may be to simply explain why it’s the right thing to do.—Sarah Todd

Read more about McKinsey’s methodology and the new paper challenging it in this piece from Quartz at Work.

🛣️  The best startup ideas have multiple paths to success. The trick is to choose the right one.

🏀  In California, even high school athletes can score endorsement deals. Will other US states let students get paid for their names, images, and likeness?

🏊  Swimming is the best aerobic exercise for your brain. Doing laps may help repair damage from stress and forge new neural connections in the brain.

🌍  Nigerian startups are feeling the effects of burnout. Founders in Lagos are dealing with all kinds of pressure.

😧  Being your authentic self is actually not ideal for creativity. New research shows people gain a creative edge when they assume physical expressions that contradict their state of mind. 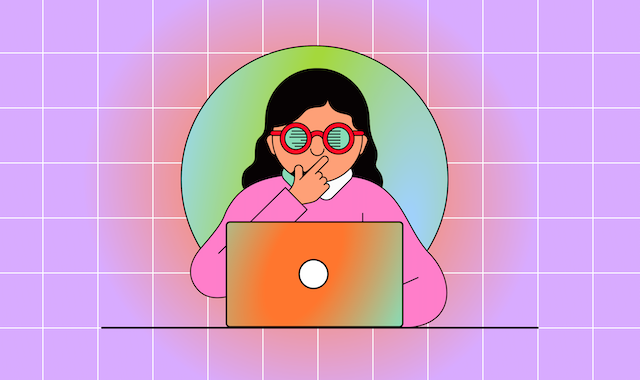 What will collaboration look like in the hybrid era? Fresh perspectives, tech investments, and clear but flexible guidelines will help hybrid teams do their best work, no matter how much distance is between them. Check out Asana’s guide to managing remote and in-office workers.

Even amid the so-called great resignation, giving notice on a giant fast-food sign—as a group of fed-up Burger King workers in Nebraska did recently—was the kind of statement-quitting you see in movies. But recent history is filled with audacious examples of sudden goodbyes. Can you guess which dramatic quitting scenes happened in real life and which were developed in Hollywood? Take our quiz here.

Black Widow star Scarlett Johansson is suing Disney over an alleged breach of contract, having reportedly lost out on about $50 million after Disney released the movie on its Disney+ streaming service the same day it debuted in theaters.

According to Johansson, her agreement with Disney’s Marvel Entertainment stated that Black Widow would play exclusively in theaters for 90 to 120 days. The lawsuit says making the film immediately available to rent on Disney+ put a big dent in Johansson’s potential earnings, since her salary was based in part on how the movie did at the box office—while the salaries of top Disney executives are based in part on how the new streaming service performs.

In a statement, Disney called the lawsuit “especially sad and distressing in its callous disregard for the horrific and prolonged global effects of the Covid-19 pandemic.” The company is essentially framing the decision to make Black Widow available for $30 online as a public-health service.

Releasing the film on Disney+ right away certainly was more convenient and potentially safer for people who have grown accustomed to streaming movies at home during the pandemic. But as Johansson’s suit notes, redirecting potential moviegoers to Disney+ also increases subscribers and allows the company to hold onto profits rather than split them with movie-theater owners.

Despite both sides’ efforts to turn this story into a moral issue, the lawsuit is ultimately just a legal question about what Johansson’s contract did or didn’t say.

The takeaway: The suit seems likely to end in a settlement, but the bigger story may be the PR war between one of Hollywood’s biggest and best-paid stars and one of its biggest star-makers. Can anyone reasonably expect to win it, or will a pandemic-weary public shake its collective head at both sides?

It’s likely that a lot more studios will be pursuing simultaneous theater and streaming debuts going forward. If they want to avoid a clash like ScarJo vs. Disney, they’ll follow the lead of Warner Bros., which agreed to give Wonder Woman 1984 star Gal Godot and director Patty Jenkins substantial bonuses when it decided to release the movie on HBO Max.

Here’s another chance to tell us what you think! We want to serve you as best we can—to do that, we need to hear from you. Take this five-minute survey to tell us a little about yourself and the content you care about most.

Fast-food chains like McDonald’s and Chipotle are offering steep pay increases, but menu prices are barely budging. Is the relationship between wages and prices different from what we thought, or are the increased labor costs just taking time to hit customers’ wallets? Quartz’s Michelle Cheng sorts it out here.

What an opportunity this could be to show that the public’s growing faith in business to solve societal problems may actually be warranted.—Quartz CEO Zach Seward, making the case for vaccine mandates by employers

For more of our coverage on workplace vaccine mandates, click here.

Quartz has just launched a brand new lineup of member-exclusive weekly newsletters. If you’re not yet a member, sign up today and get 50% off your first year. You’ll get access to new emails including:

🔮  The Forecast: a short, sharp look forward at an emerging industry, technology, or trend

🏢  The Company: context on the companies changing (or about to change) the way other businesses work (companies like Coinbase, Discord, Krispy Kreme, and Shein)

💻  How To: specific things you can do to work more effectively and solve problems you care about (from spending too much time with your phone, to managing your team’s return to the office, to shrinking your company’s carbon footprint)

Not that we’re trying to rush Jamie Dimon out the door, but news of the special stock option bonus he got from JPMorgan Chase to stick around for several more years as CEO had us thinking about his female lieutenants and recalling this piece from our archive. It considers the case of rival big-bank Citigroup, which promoted Jane Fraser to CEO in 2020 and reminded other companies why they might not want to leave high-achieving women waiting in the wings. Re-read it here.

Our best wishes for a winning week. Please send any workplace news, box-office takes, and dramatic quitting scenes to work@qz.com. Get the most out of Quartz by downloading our app and becoming a member. This week’s edition of The Memo was produced by Heather Landy and Sarah Todd.