Skip to navigationSkip to content
This story was published on our The Memo from Quartz at Work newsletter, Practical advice for modern workers everywhere.
By Sarah Todd

Facebook whistleblower Frances Haugen has captured the public’s attention with her allegations against the social media giant. One detail of the former Facebook employee’s story suggests a surprising reason why we might see more whistleblowers like her coming forward in the months ahead: The rise of remote work.

The Wall Street Journal reports that Haugen moved to Puerto Rico from the Bay Area in March. She’d planned to keep working for Facebook remotely. But as it turned out, “Facebook’s human resources department told her it couldn’t accommodate anyone relocating to a US territory,” the Journal’s Jeff Horwitz writes. Haugen agreed in April to resign the next month.

Haugen might well have called out Facebook even if she’d kept working there—she had first reached out to a Journal reporter in December 2020. But it’s worth considering how working remotely might make it easier for someone to become a whistleblower. In interviews, Haugen has talked about struggling with the sense that she was betraying her peers at Facebook, people who meant well. Did not seeing those faces every day, not walking through Facebook’s luxe offices every morning, make it easier to commit to sounding the alarm?

And although Haugen would have needed to worry about whether Facebook security was tracking her activity on its systems no matter where she was physically located, it’s presumably easier to keep digging into confidential documents from a remote locale. When you’re working from home, there’s no need to worry about bosses literally looking over your shoulder.

During the pandemic, plenty of workers have founding themselves feeling less emotionally attached to their employers—a shift that could make people more comfortable with the idea of going public with their company’s misdeeds. And for many people, the pandemic and other world events have triggered existential questions about how, or if, our work gives us purpose. Anyone with a conscience is asking: Is my company contributing to a better, more equitable, and sustainable future? Am I? If the answer is no, employees may feel comfortable looking around and jumping ship—and shining a light on their company’s ethical and moral failures to boot.

If ever there was a time for employers and corporate boards to clean up their acts in the face of internal criticism and brewing scandals, this is it. —Lila MacLellan, Quartz at Work

Workplace vaccine mandates don’t have to be politically polarizing. To minimize tensions, employers should follow these tips.

Facebook’s lead apologist was once a political idealist. Nick Clegg is now defending Facebook against claims that it’s bad for society—a far cry from his past as an inspiring voice on the UK’s political scene.

Tesla was ordered to pay a former employee $137 million over racial harassment. Owen Diaz, a Black man, won a lawsuit claiming that he was subjected to racial slurs and other hostilities while working as an elevator operator.

The activist hedge fund that shook up Exxon now has a stake in GM. The fund, Engine No. 1, supports GM’s planned shift to electric cars.

What’s wrong with India’s gig economy. A former delivery worker in Mumbai is using social media to shine a light on the lives of overworked, underpaid workers for Zomato and Swiggy. 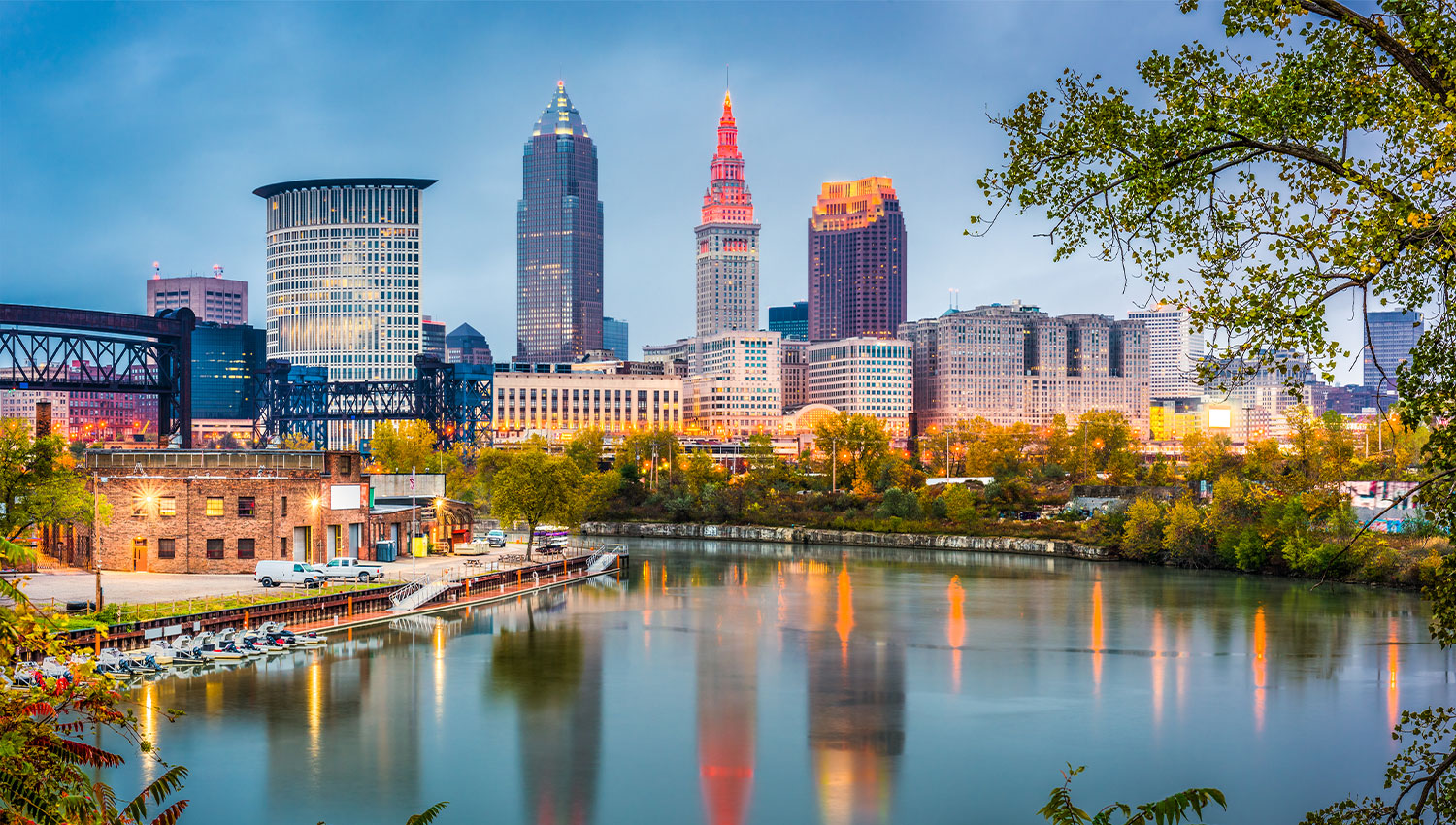 Build your business in the world’s 21st strongest economy—without ever leaving the US. In the first seven months of 2021, more than 126,000 new companies were created in the Buckeye State. And with 0% corporate income tax and a rapidly growing workforce, there’s never been a better time to do business in Ohio.

Curious about what MBA programs are teaching bright young minds these days? A look at the eight courses that received the Aspen Institute’s Ideas Worth Teaching Award this year suggests that business schools are getting increasingly progressive, with courses that emphasize issues like sustainability and racial diversity. If those sound like classes you could use yourself, feel free to peruse the syllabi (and steal the reading lists) of courses like:

You might not be working alongside a member of Generation Z yet. But just wait. By 2025, Gen Zers will make up more than a quarter of the labor force. And they will start their careers with their own set of expectations about connecting, advancing, and finding purpose, building on—and in some cases diverging from—the expectations of their millennial elders.

On Sept. 30, Quartz conducted a workshop on how to manage Gen Z. Watch the full video, or read our recap for key takeaways, here.

This recap is available exclusively to Quartz members. Sign up now for a 7-day free trial.

In more whistleblower news, Alexandra Abrams is calling out Blue Origin’s toxic culture after spending two and a half years on the Jeff Bezos-owned space company’s communications team.

On Sept. 30, Abrams published a critical essay co-authored by 20 other anonymous current and former employees. They describe a workplace that tolerated sexism among a clique of senior leaders close to Bezos and cut corners in a race to meet deadlines and beat rival space entrepreneurs to space, demoralizing workers and threatening the safety of their project. Blue Origin offered a blanket statement in response but did not deny any of the specific allegations in the letter. “Blue Origin has no tolerance for discrimination or harassment of any kind,” the statement reads.

In interviews with Quartz senior reporter Tim Fernholz, Abrams and other Blue Origin workers raised concerns about how Blue Origin’s habit of stretching people and resources too thin impacts its human flights. As one departing engineer wrote in a memo reviewed by Quartz, “In this environment, safety is not an option, even if we repeatedly state that it is our highest priority.”

The US Federal Aviation Administration, which regulates commercial spaceflight, says it will investigate safety issues at the company, which currently plans a second flight with passengers, including two tech entrepreneurs and Star Trek actor William Shatner, on Oct. 12.

The takeaway: Abrams’ allegations are a reminder that toxic workplaces aren’t just harmful to employees—they can have big consequences for clients, customers, and the general public, too. Read the full story here.

“I remember standing in the supermarket looking at all these rows of spices. Holly was off somewhere, and she came around and I said, ‘This is such an interesting problem.’ And she said, ‘So quit f**king around and do it!’”—Scientist David Julius, who won the Nobel Prize in physiology and medicine along with Ardem Patapoutian this week.

Julius says that while he’d long been interested in how the body responds to sensations like heat and pain, his big research push came from his wife, Holly, as he eyed chili pepper seasonings at the store. Here’s to all the friends and family members who have given us much-needed nudges in our own careers.

This edition of The Memo was produced while listening to the 2014 album Stay Gold by First Aid Kit.

Quartz is awarding one small business a chance to win $10,000. Sponsored by T-Mobile for Business, this new competition gives purpose-driven companies the chance to broadcast their mission across our platform with free ads plus $10k in cash. Register here.

Our best wishes for a safe and successful week. Send any workplace news, inspirational chili peppers, and MBA course ideas to work@qz.com. Get the most out of Quartz by downloading our app and becoming a member. This week’s edition of The Memo was produced by Sarah Todd, Heather Landy, and Tim Fernholz.