Skip to navigationSkip to content
This story was published on our The Memo from Quartz at Work newsletter, Practical advice for modern workers everywhere.
By Cassie Werber
Published October 13, 2021

The last two years has been all about learning to do things differently, whether working remotely, existing without the in-person support of family and friends, or finding a hybrid between caretaking and moneymaking responsibilities. But figuring out how to do things on the fly when the world around us tips and swerves isn’t the same as deeply learning about something new.

Maybe there hasn’t been much time for in-depth exploration of a new subject since the pandemic struck; some of us might even feel that the space for this disappeared when we left the education system and first entered the world of work.

But a career is a long time to not have space to learn something new.

“I don’t think in general we create enough time allocated to the purpose of learning,” says

Banks Benitez is the CEO of a small startup accelerator called Uncharted. He spent his vacation time in 2021 on what he calls “deep learning retreats.” One week was spent in New Mexico, where time outdoors was paired with a deep dive into finance and thinking about future trends. Another two weeks were dedicated to learning the basics of cookery at a culinary school in Vancouver, where before and after class he took time to study topics like climate change policy and decentralized finance.

Happily for those of us with responsibilities that make full weeks of isolated study unlikely, Benitez is positive that “profound” learning can be achieved in much shorter spaces of time. And, apart from it being joyful, he has some good arguments for why learning totally different things from what we normally concentrate on—be it about cooking, or trees, or finance—makes sense.

For every minute of learning in his job, “the marginal benefit is pretty thin,” Benitez said because he already has “a good baseline knowledge.”

“But the marginal benefit of a new minute of learning or a new hour of learning in something else is huge, because I know nothing about it! Like: How are trees communicating? …The return on invested time is gargantuan.”

There are other reasons why learning something new might help us in what we do every day: It might give us new models or metaphors through which to think about old problems; create a sense of spaciousness and hope in an otherwise packed existence; or simply give us new energy. When we look at children, we don’t think of learning as a luxury but as a necessity. We don’t have to treat it as unaffordable just because we grew up and got jobs.—Cassie Werber

🚘  Tesla is moving to Texas. The electric car maker’s desire to continue production through the pandemic caused a rift with the authorities in its home of Fremont, California.

🗒️  There are two big problems with sustainability reporting. One, the purpose of it doesn’t (yet) align with the purpose of our financial system. Two, the reports themselves are really hard to understand.

👷🏿  US labor participation is staying stubbornly low. Economists expected more people to flood back to work by now, with some blaming the delta variant for the shortfall.

📦  It’s already too late to ship goods to America in time for Christmas. One supply-crunched container of tree decorations made from capiz shells has been stuck in the Philippines since June—and that’s not even the worst of it.

💭  Mental health got a lot, lot worse during the pandemic. Venture capital and private equity investors have spotted the opportunity. 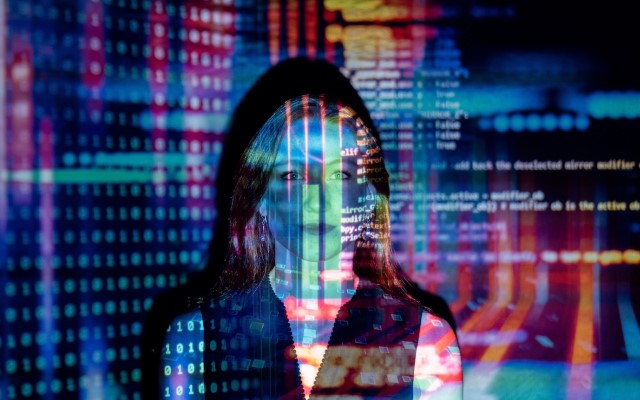 In today’s ever-changing world, transformation isn't a one-time effort. Organizations thrive when their vision, team, and capabilities evolve to meet new challenges. Join Brightline on 28-29 October for Strategy@Work, the premier virtual conference for transformative leaders. Register today with code STRATEGY20 for 20% off your general ticket.

How to come up with your next idea

A good idea always requires more than a eureka moment. In our upcoming Quartz at Work (from anywhere) workshop, Stanford d.school executive director Sarah Stein Greenberg will help you learn how to create the conditions for successful ideation, how to train yourself to see things in new ways, and what to do with your insights once you have them.

Banks have some of the heftiest UK gender pay gaps.

HSBC Bank Plc, an entity which employs 2,000 people in the UK and includes HSBC’s global banking and markets business, has the widest gender pay gap of any big bank in the country, at 54% in 2020-21, meaning that women earn just 46 pence for every £1 men earn. The rest are better, but not much better.

Facebook’s Forecast, an experimental mobile app launched in June 2020, was one of the social media giant’s most interesting projects. Users would bet on the likelihood of events taking place in the real world: in essence predicting the future. An online points system rewarded users whose predictions were most accurate.

Research has shown that, over time, making predictions and then seeing how they relate to what actually happens can help people overcome biases and make better forecasts about real-world events. Such “prediction markets” already exist, but Facebook’s entry into the space was a shift from fringe interest to potential mainstream, since Facebook has experience building platforms for billions of users. The company, which has been criticized heavily for polarizing online discourse and making extreme views more hardline, conceptualized the project as a way to make that discourse more factual and reasoned.

But Forecast was only ever available on iOS, and reviewers appeared confused about its purpose. The project’s chief architect left Facebook in March. And now Forecast is getting shut down.

The takeaway: Even with all the power and resources behind Facebook, moving something from its specific, organic niche to the mainstream is hard. And changing user behavior (whether that’s the device on which they want to engage with your app, or how they want to think about the world) is even harder.

“One of the takeaways with all the CAPTCHA stuff is that we need humans picking out photos of traffic lights and re-typing blurry numbers and letters to help train computers to see the world the way that humans do. … And there’s something really comforting to me about this idea that we keep using the defining characteristics of the natural world to advance the digital one.”—Quartz executive editor Kira Bindrim, on the Quartz Obsession podcast.

Yes, Quartz has a new podcast! On one of our first episodes, Kira spoke with Quartz reporter Amanda Shendruk about how true randomness—air turbulence, seismic waves, or the globs in lava lamps—differs from the pseudo-randomness generated by computers, and why we need a lot of both.

Former PepsiCo CEO Indra Nooyi, who stepped down in 2018 after 12 years at the helm, raised some eyebrows when she recently told the New York Times that she never asked—and never would have asked—for a raise. Nooyi did fine financially, of course. What worried some readers, though, was how those who reported to Nooyi would have been able to proceed if they felt they were underpaid. Since women and people of color are on average paid less than their male or white counterparts, with the explanation sometimes given that this happens because they don’t negotiate hard enough, would the knowledge that their boss refused raises and didn’t see asking for them as appropriate hold others back? If you want to ask for a raise, meanwhile, we’ve got some expert advice from the Quartz at Work archives.

Our best wishes for a safe and successful week. Send any workplace news, newly acquired subject-matter expertise, and predictions of the future to work@qz.com. Get the most out of Quartz by downloading our app and becoming a member. This week’s edition of The Memo was produced by Cassie Werber, Walter Frick, and Heather Landy.