Skip to navigationSkip to content
This story was published on our The Memo from Quartz at Work newsletter, Practical advice for modern workers everywhere.
By Lila MacLellan

Twenty years ago, when the internet was fast becoming integral to the lives of ordinary people, most businesses had to make a choice.

They could change what they did or how they did it, often radically. Or they could stick to the status quo and try to weather the storm.

What happened to those that didn’t adapt, like video-rental giants and booksellers that didn’t take online rivals seriously?

“Many of those companies are gone. They don’t exist,” said Blair Taylor, managing director of talent and organization at Accenture, and the consultancy’s North American lead on inclusion and diversity. According to Taylor, we’re at a similar inflection point when it comes to sustainability.

Until quite recently, sustainability might have been seen as a nice-to-have, maybe even a buzzword that was bandied around but didn’t mean much. But not any more, Taylor said.

Now, the combined pressure from customers, employees, prospective employees, and regulators puts companies at another crossroads: Either to tackle and reduce the damage they do to the planet and its people, or risk going out of business entirely.

“Companies are now recognizing: if we are just bystanders in this, If we don’t take an active role in trying to make things better, it will actually be to our detriment,” Taylor said.

“I’ve seen a palpable shift in this, and I’ve been doing this work for 25-plus years,” he said. “I think there’s now a fundamental recognition that if we in the world of business are going to be successful, we have to pay attention to these massive shifts that have gone on” in attitudes to everything from hiring people from different backgrounds, to sourcing raw materials more equitably, to emitting less carbon.

Taylor was speaking to Quartz ahead of the release today of a new index by the World Economic Forum in collaboration with Accenture, Ipsos, and Nielsen, on how people from diverse backgrounds are represented in the media, including film and television, newspapers and magazines, sport, and gaming. The index seeks to create benchmarks for how media is doing when it comes to representing people from different backgrounds equally and with nuance. It found that film, television, and print media were doing better, while gaming lagged. The report also revealed that trust in brands increased when an audience saw those brands as representing people from different backgrounds. Accenture argues that this is a big business opportunity.

Today’s WEF report concentrates on diversity and fairness, which is one part of sustainability. But the wider concept includes both how a company treats people, and what damage it does to the environment.

There’s a “sweet spot” where businesses can make changes that mitigate harm and simultaneously make money, said Taylor. One example might be the realization that hiring from the broadest possible pool of candidates will result in better hires, who will also understand the needs of more diverse customers. It would also be fairer.

But that sweet spot is hard to hit. Becoming truly sustainable is difficult, and takes a high degree of commitment and investment. And for some companies, hitting it might not be possible at all. — Cassie Werber, senior reporter

🇺🇦 Grammarly is donating all of its profits earned in Russia and Belarus since 2014 to Ukraine. The company, which was founded in Kyiv, is also allowing select Ukrainian media outlets to use its English-language writing assistance software for free.

🏢 Having an assigned desk makes the office more attractive to workers in several countries. Having a permanent spot, rather than a hot desk, would lead most employees in China, Japan, France, and elsewhere to work remotely less often.

🌟 Marilyn Monroe gave Ella Fitzgerald a publicity boost before the jazz singer rose to fame. Managers might learn from Monroe’s ahead-of-her-time example of using privilege without centering herself.

💰 The YouTube creators community was a bright spot in India’s economy during the pandemic. In 2020, YouTube stars supported 683,900 full-time equivalent jobs and contributed $894 million to the country’s GDP.

🍼 The corporate world is beginning to normalize career breaks. LinkedIn has created a tool that lets you label a gap in your work history as time away for “parenting” or “mental health” and more.

Disco isn’t dead! Most people think of disco as the ultimate fad, but what if we told you that most people are wrong? Surprise! In 2022, disco is more relevant than ever, and its influence can be seen all around us.

Learn more about disco’s timeless domination in this week’s episode of the Quartz Obsession podcast.

The return to office is upon us—for real this time. Maybe. Tech companies like Microsoft and Google and banks like Citigroup and American Express have announced fast-approaching dates by which staff will be expected to start showing up at the office at least part of the week.

To employees, the demand that people appear in the office again—even part-time—can be baffling. Yes, some people will be thrilled and relieved to work somewhere other than home. But, as Apple employees wrote in a protest letter to that company’s leadership team last year (after CEO Tim Cook announced that employees will be required to work in the office at least three days per week), workers had already demonstrated they could be productive and innovative working remotely, so why insist that they go back in person? Many found they were more able to balance career with life, including caregiving, when they worked from home. Why force those employees to commute? Why deny them the chance to live near family on the other side of the country, especially after the pandemic had re-ordered priorities for so many?

Twitter managed to side-step the entire debate when, in 2020, it told workers they could work from home indefinitely.

This month, Parag Agrawal, Twitter’s new CEO reiterated that policy, while announcing that the office will be open again for anyone who wants to go in. “Wherever you feel most productive and creative is where you will work and that includes working from home full-time forever. Office every day? That works too. Some days in office, some days from home? Of course. That’s actually how most of you feel,” he wrote.

Agrawal didn’t suggest this arrangement would be easy or frictionless. Compared with having everyone working at home, “distributed working will be much, much harder. Anyone who has joined a meeting remotely while others are in a conference room knows this pain,” he said. “There will be lots of challenges in the coming months, and we’ll need to be proactive, intentional, learn, and adapt. We’re in this together, and we each play a role in the open, inclusive, and productive culture we want to create.”

The takeaway: Agrawal’s tenure has just begun, but he has passed an early test of company culture. He is putting employees’ needs first, knowing that a work-from-anywhere policy would require more effort from Twitter’s managers and leadership team, not only its employees. He is also minimizing the amount of time employees and teams spend debating the merits of going remote-first or meeting in the office once per week, or returning to the office full-time.

More than that, he is choosing a workplace structure that will, in a sense, mirror the company’s aspirations within the marketplace as it moves toward decentralization. Twitter is evolving away from the walled-garden tech platform model in a process that could take years. As it does this, it’s appropriate to let go of a conventional office model, to relax the corporate grip on employees’ lives and routines, and to forge a path forward.

Join us: The new rules of collaboration

Collaboration has been a theme in the working world for at least a decade now, but the concept isn’t so simple for teams that are global, hybrid, or remote.

Join us Thursday, March 10, 2022, from 11am to 12pm ET (4pm – 5pm GMT) for a workshop hosted by Quartz’s Heather Landy. Veteran collaborators will share the best practices for cooperation, communication, and documentation across time zones and work locations. 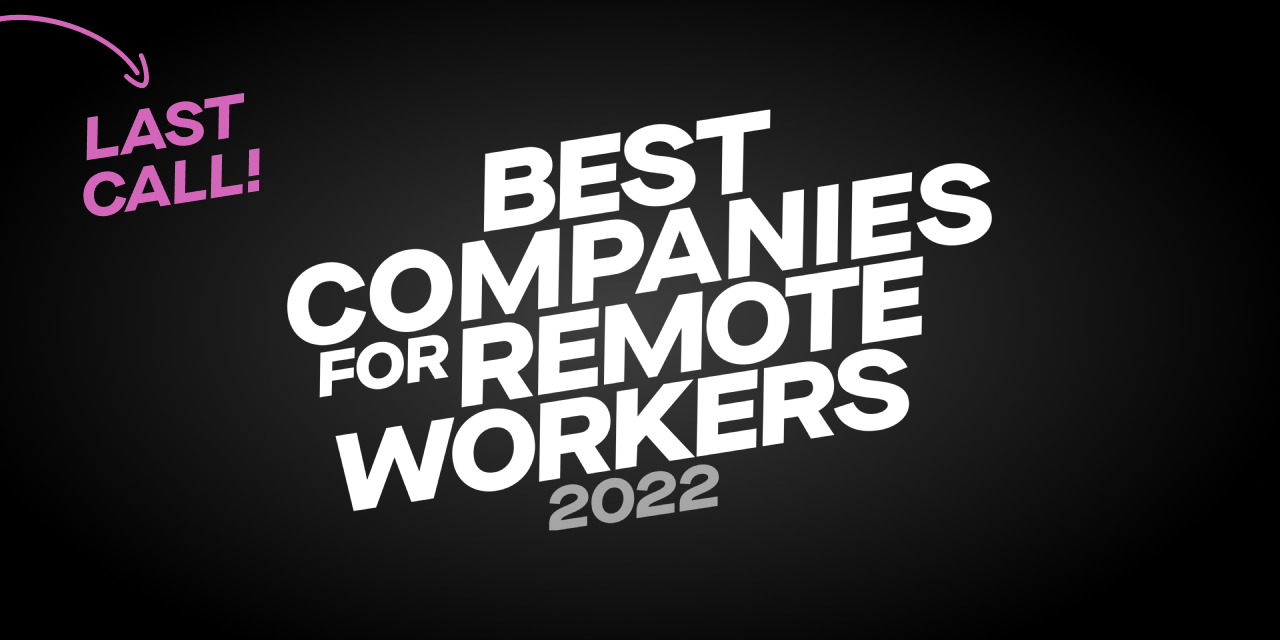 Time is running out. Tell us before March 16th, what's the remote-work experience at your company. We’re ranking the Best Companies for Remote Workers. Submit your company to see if they make the list.
Enter now

Today’s Memo was written by Lila MacLellan and Cassie Werber. It was edited by Francesca Donner. The Quartz at Work team can be reached at work@qz.com.