More than 400 companies have withdrawn from Russia since it invaded Ukraine. But what are they hoping to achieve? An end to the war? Clean hands? A brand boost? The companies’ statements aren’t always clear—McDonald’s, for example, said it has always been committed to the principle of “Do the right thing.” That raises as many questions as it answers.

Quartz’s executive editor Walter Frick asked Nien-hê Hsieh, acting director of the Safra Center for Ethics at Harvard and a professor at Harvard Business School, to explain the moral philosophy behind companies’ decision-making.

Here are a few highlights from their wide-ranging conversation, which you can read in full on Quartz. The interview has been edited for length and clarity.

Quartz: Why are so many companies suddenly ceasing doing business in Russia?

Nien-hê Hsieh: It’s hard to know exactly what goes on inside companies. But I think it’s helpful to frame this against three broader trends. One is that companies are increasingly expected to have a position on, or do something about, specific issues in society. The second is there’s a lot of pressure within companies from employees to address issues. We’ve seen this, for example, with Black Lives Matter or other issues. And then the third is that increasingly, I think, companies are thinking about their role in society more generally.

And then I think we should distinguish between three kinds of responses. One would be what you might call “expressive,” meaning that something is so close to the line that companies feel the need to say something, whether in terms of support or solidarity or something at all. The Ukraine war might be an example of what might motivate companies to take an expressive view in their actions by ceasing operations.

You also could have the second kind of response, which is to avoid complicity. Not trying to be complicit in some sense by operating within Russia.

What should the role of business in society be?

Corporations will increasingly need to have a view on which issues to take action on and which issues to speak out on. Here are three ways of thinking about how they should develop one: Think in terms of basic rights, the functioning of institutions, and then, more generally, ask: What are the conditions that we would require for a thriving society? 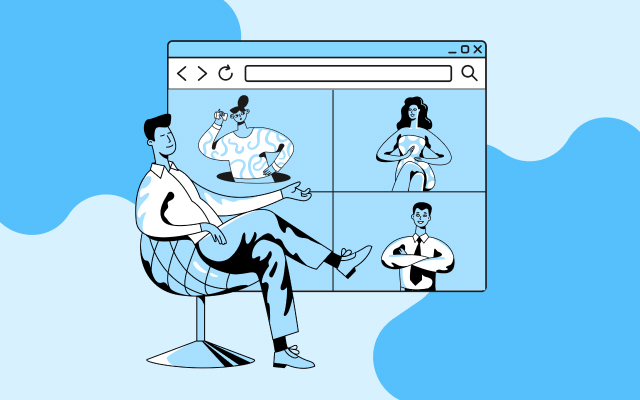 Myth: when it comes to praise from their managers, employees who are not in person full-time fall through the cracks. According to a recent survey from Workhuman, the truth is that hybrid workers report feeling more appreciated than on-site or fully remote employees though they are teetering on the verge of burnout. Check out the 5 new truths every manager should know about today’s workplace.

Five Things We Learned This Week

☢️ Russian forces finally released some Chernobyl workers. After nearly a month working at gunpoint, 64 employees at the Ukrainian nuclear power plant will be relieved by coworkers who volunteered to step in.

🇳🇬 Nigerians are calling out horrible bosses. The CEO of the Lagos-based payroll management start-up Bento is under fire for a range of worker abuses that includes body shaming plus-size staff.

🚢 P&O is accused of paying workers “poverty wages.” The British ferry company fired 800 employees and replaced them with Indian seafarers, paid at the dismal wage of $2.38 per hour.

Hundreds of foreign firms with stakes in Russia have cut ties with the country following its invasion of Ukraine. But Koch Industries, owned by the influential right-wing billionaire Charles Koch, is staying.

Last week, Dave Robinson, president and CEO of Koch Industries, explained his firm’s position in a public statement on the company’s website.“The horrific and abhorrent aggression against Ukraine is an affront to humanity,” his letter began.

Robinson then underscored how tiny Koch Industries’ interests are in Russia. Among the firm’s interests there, Guardian Industries, a Michigan company that has two factories in Russia that make industrial glass and employ a combined 600 people, is the biggest.

That might make one believe that it would be relatively easy for Koch to join the scores of companies that have left. But Robinson writes: “While Guardian’s business in Russia is a very small part of Koch, we will not walk away from our employees there or hand over these manufacturing facilities to the Russian government so it can operate and benefit from them (which is what the Wall Street Journal has reported they would do). Doing so would only put our employees there at greater risk and do more harm than good.”

Critics of Charles Koch, who has spent enormous sums to support right-wing causes, aren’t buying Robinson’s arguments. Other companies, including McDonald’s, have left Russia while still paying employees there. Firms with more to lose than Koch have decided that cutting economic ties to Russia is an effective strategy, knowing that Putin has threatened to nationalize foreign assets.

Now Koch’s position on Russia has attracted attention from US politicians, who say lawmakers who have received campaign donations from Koch Industries ought to return the funding. They charge that accepting backing from one of the world’s biggest private companies would influence elected officials’ views on how to respond to Putin and his disinformation war.

Flimsy justifications rarely hide greed and self-interest successfully, particularly in this case, when war has brought about rare bipartisan agreement over the need to block Putin’s ability to continue funding the invasion of Ukraine.

Not only does staying in Russia leave Koch open to criticisms on moral grounds (familiar territory for the company, to be sure), but it puts the firm’s extensive political operations under scrutiny, further damaging the company’s reputation and possibly reducing its clout. Although that outcome would be welcomed by leftists and centrists who oppose what they see as Koch’s anti-democratic political goals, it’s likely not what Koch Industries intended.

Myth: when it comes to praise from their managers, employees who are not in person full-time fall through the cracks. According to a recent survey from Workhuman, the truth is that hybrid workers report feeling more appreciated than on-site or fully remote employees though they are teetering on the verge of burnout. Check out the 5 new truths every manager should know about today’s workplace.

Which Star Wars is the best Star Wars? In today’s franchise-driven movie market, it can be easy to see the rise of sequels as a pure cash grab. But sequels aren’t inherently bad; they’re just misunderstood. And the same factors that lead to a subpar sequel can also help ensure a great one. 🎧 Learn more with this week’s episode of the Quartz Obsession podcast.

Today’s Memo was written by Anne Quito and was edited by Sarah Todd. The Quartz at Work team can be reached at work@qz.com.