Skip to navigationSkip to content
This story was published on our The Memo from Quartz at Work newsletter, Practical advice for modern workers everywhere.
By Sarah Todd

Last week, a California judge overturned a state law mandating corporate board diversity. The 2020 law required publicly-traded companies based in California to have at least one board member from an “underrepresented community” such as Black, Latino, Asian, or LGBTQ. The conservative group Judicial Watch argued in its lawsuit that such quotas are unconstitutional, and has a similar lawsuit pending against a 2018 California law that requires boards to have at least one female director.

There are a few important takeaways from the judge’s decision. Chief among them is that the ruling, while disappointing for many people dedicated to the pursuit of diversity in the workplace, is not a surprise.

“Quota-based systems usually get shut down at the level of courts,” says Stephanie Creary, an assistant professor of management at the Wharton School of Business whose research focuses on diversity and inclusion. Legal precedent holds that quotas violate the Civil Rights Act of 1964, which prohibits discrimination against people based on race, gender, religion, age, and other protected identities. Opponents of diversity quotas typically argue that such measures could lead companies or schools to discriminate against people outside the targeted groups.

That’s why so many companies and schools talk about diversity metrics not in terms of quotas, but as targets or goals. “You have to make sure that in working toward the target or goal, you’re not ignoring people who are from backgrounds other than the one that you’re trying to increase,” Creary explains.

It’s worth noting that quotas do seem to be an effective tool. When California passed its 2018 gender-diversity law, more than a third of public companies in the state had all-male boards; the portion of all-male boards has since fallen to less than 2%, according to a report from the California Partners Project.

But quotas aren’t the only way that legislators can nudge companies toward greater diversity. States including New York and Maryland have passed laws requiring companies to disclose information about gender diversity on their boards, under the logic that greater transparency will pressure companies to improve their demographics.

As for those who bristle at the prospect of regulating diversity, “I want people to remember why this law was passed in the first place,” says Evelyn Carter, a social psychologist and president of the diversity and inclusion consultancy Paradigm. Left to their own devices, some California companies simply weren’t acting to address the dearth of women, LGBTQ people, and people of color on their boards.

“When you think about accountability, all this law was trying to do was to create a structure that would incentivize people to do the right thing,” Carter notes. “Maybe this law isn’t going to be the way that systemic inequity gets righted, but people need to have an answer for how they are going to do it in the absence of this law.” —Sarah Todd

What do you think?

Do you think mandates and quotas for boards are a good or a bad idea? Let us know by writing to us at work@qz.com. 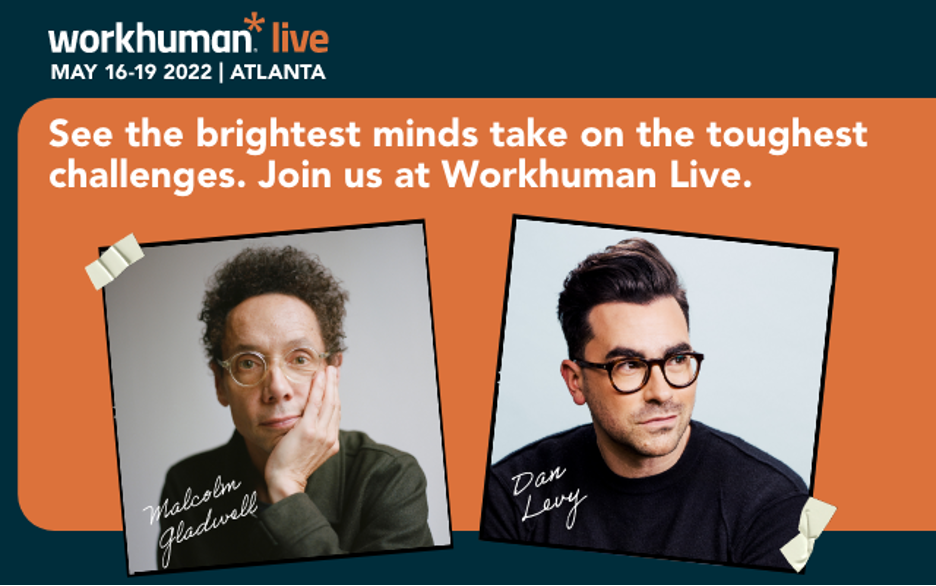 Work’s latest crisis is HR’s biggest opportunity. And change starts in Atlanta at Workhuman® Live. We’re tackling the most pressing issues facing HR and working together to solve them. You have to be there for the powerful keynotes, never-before-shared research and actionable breakouts. Info and risk-free registration at workhumanlive.com.

🙄 Amazon underestimated Staten Island warehouse organizer Chris Smalls. Smalls, who spearheaded the first successful labor campaign at Amazon, was labeled by its general counsel as “not articulate or smart.”

🛏️ In Shanghai, sleep at work is the new work from home. Companies in China’s financial capital are adopting covid protocols that require workers to sleep in factories or offices.

💰 Activist investor Carl Icahn is taking a stand on workers’ rights. The billionaire investor criticized US grocery chain Kroger for paying its CEO 900 times more than the average employee.

🍝 Italy will offer visas to remote workers seeking la dolce vita. The one-year, renewable visas will be available to both freelancers and people who work for companies outside Italy.

🍷 Americans who abuse alcohol miss an average 18-32 days of work per year. That means companies have an economic incentive to invest in interventions.

A curious game of musical chairs happens every time the Orpheus Chamber Orchestra gets together. After every piece, the musicians shuffle positions, where a violinist in the front might move to the back so another violinist can take center stage. Unlike other classical music ensembles, the maverick New York City-based orchestra doesn’t believe in hierarchies, set seating positions, or roles. And it never performs with a conductor.

All this reveals Orpheus’s unique perspective on leadership, Quartz’s Anne Quito writes. Instead of relying on a solitary leader wielding a baton or shining a spotlight on a handful of standout performers, Orpheus’s musicians seamlessly go from leadership to supporting roles at every turn.

Per its founding philosophy, Orpheus’s 34 core members resist the usual “corporate path” of symphony orchestras and consider each other equals. Except for the musician who does some advanced work to adapt a composition for the orchestra, each player—no matter their age, tenure or résumé—earns the same pay for every concert and has a voice in all creative decisions. The fellow musicians debate and fine-tune each piece as a collective.

“You have a lot of cooks in the kitchen and a lot of opinions but at the end of the day, they all come together,” says Alexander Scheirle, the orchestra’s executive director.

Indeed, with many world tours, over 70 albums, and dozens of accolades throughout its 50 year history, Orpheus flourishes because authority and decision-making are shared among all members.

The takeaway: ​​Organizations can benefit from adopting facets of Orpheus’s management philosophy, says Scheirle, who also oversees Orpheus Leadership Institute, a training platform where musicians share their unique takes on creative collaboration and holacracy (a work structure with no hierarchy).

For one, rotating leadership roles fosters humility and mutual respect among colleagues, Scheirle explains. “When you’re in a leadership chair, you learn to do it in the most respectful way because half an hour later, you’ll be in the hot seat,” he says. “This [cycle] creates a deeply respectful way of communicating.”

A flat organization can also bolster individual participation and create a sense of ownership, says Scheirle. In other ensembles where only star players get to sit at the front of the stage you see a kind of tapering of energy the further back one sits. Orpheans, by contrast, are all “leaning in.”

Work’s latest crisis is HR’s biggest opportunity. And change starts in Atlanta at Workhuman® Live. We’re tackling the most pressing issues facing HR and working together to solve them. You have to be there for the powerful keynotes, never-before-shared research and actionable breakouts. Info and risk-free registration at workhumanlive.com.

There are a lot of reasons to avoid using corporate jargon. Among them is the fact that some expressions can be confusing for non-native English speakers.

At a recent Quartz at Work (from anywhere) workshop, linguist Raúl Sánchez, co-author of the book How to Communicate Effectively with Anyone, Anywhere, offered up a short list of phrases to avoid in the interest of cross-cultural collaboration:

For more advice on how to be a better collaborator in a distributed-workforce world, read the rest of our workshop recap or watch a video replay of event. You can also check out our full workshop series.

Not a Quartz member? Support Quartz’s mission to make business better by becoming one today.

Today’s Memo was written by Sarah Todd and Anne Quito, and was edited by Francesca Donner. The Quartz at Work team can be reached at work@qz.com.