Bosses tend to put a lot of stock in face time—and not just how often people show up at the office. A recent survey of 200 executives at US companies reveals that leaders are wary of employees who keep their cameras off during virtual meetings.

According to the survey from software company Vyopta, 92% of executives say that employees who turn their cameras off and remain mute during calls “probably don’t have a long-term future at their company.” What’s more, 93% assume that employees who stay dark on Zoom are less engaged overall, according to the survey from the software company Vyopta.

Such news could spur some remote workers to heave a resigned sigh and flip their cameras on. But a better solution might be for executives and managers to reconsider their attitudes toward multitasking during meetings.

Turning off your camera and microphone during a meeting isn’t necessarily a sign you’re checked out. Some people may simply have Zoom fatigue caused by self-consciousness about how they look on camera—a condition that’s particularly likely to affect women. Others may want to hide a messy bedroom or mute the sound of their children arguing with one another in the next room.

Even if people do turn their cameras off because they’re multitasking during meetings, that’s not necessarily a bad thing. It’s true that task switching makes it harder for people to pay attention to a single subject. But there are ways to multitask that don’t diminish people’s ability to focus, and may even improve their concentration.

Research shows, for example, that doodling during lectures can actually help students better retain information, and that people who participate in walking meetings feel more engaged with their jobs. People who fold laundry or lift weights during a Zoom meeting are able to do those tasks more or less on autopilot—which means that they’re not actually distracted from the meeting at hand.

While it may be disconcerting for executives to find themselves speaking on Zoom to rows of blank squares, they shouldn’t assume that employees aren’t tuned in. And if they want to see employees’ faces more frequently, the solution may be to change cultural expectations about what activities are acceptable during calls.

Consider the chief financial officer at a tactical gear company who told The Wall Street Journal that she leaves her camera on during meetings while going about her daily chores. “Life is a mess right now,” she said, “and we just have to embrace it.”—Sarah Todd

Sponsor content by University of Wisconsin Extended Campus
Optimize the connection between people, planet, and prosperity. Learn sustainability skills and principles that have the power to transform our workplaces and communities with a degree or certificate from the University of Wisconsin. Courses are 100% online and begin May 31.

💵 Austin is conducting a basic income experiment. The progressive Texas city is giving low-income residents $1,000 a month for one year as part of a small-scale experiment in universal basic income.

🦾  Elon Musk is developing humanoid bots for jobs that are “dangerous, boring, and repetitive.” He brushed away concerns that the robots will take jobs away from humans.

🌞  California may adopt a four-day work week. If passed, the bill would require companies to provide overtime pay for people who work for more than 32 hours a week.

For many people, the idea of eating bugs is…gross. Except! Two billion people around the world do make a habit of eating bugs, and their ranks are growing.

🎧  Learn more about the future of edible insects in this week’s episode of the Quartz Obsession podcast. 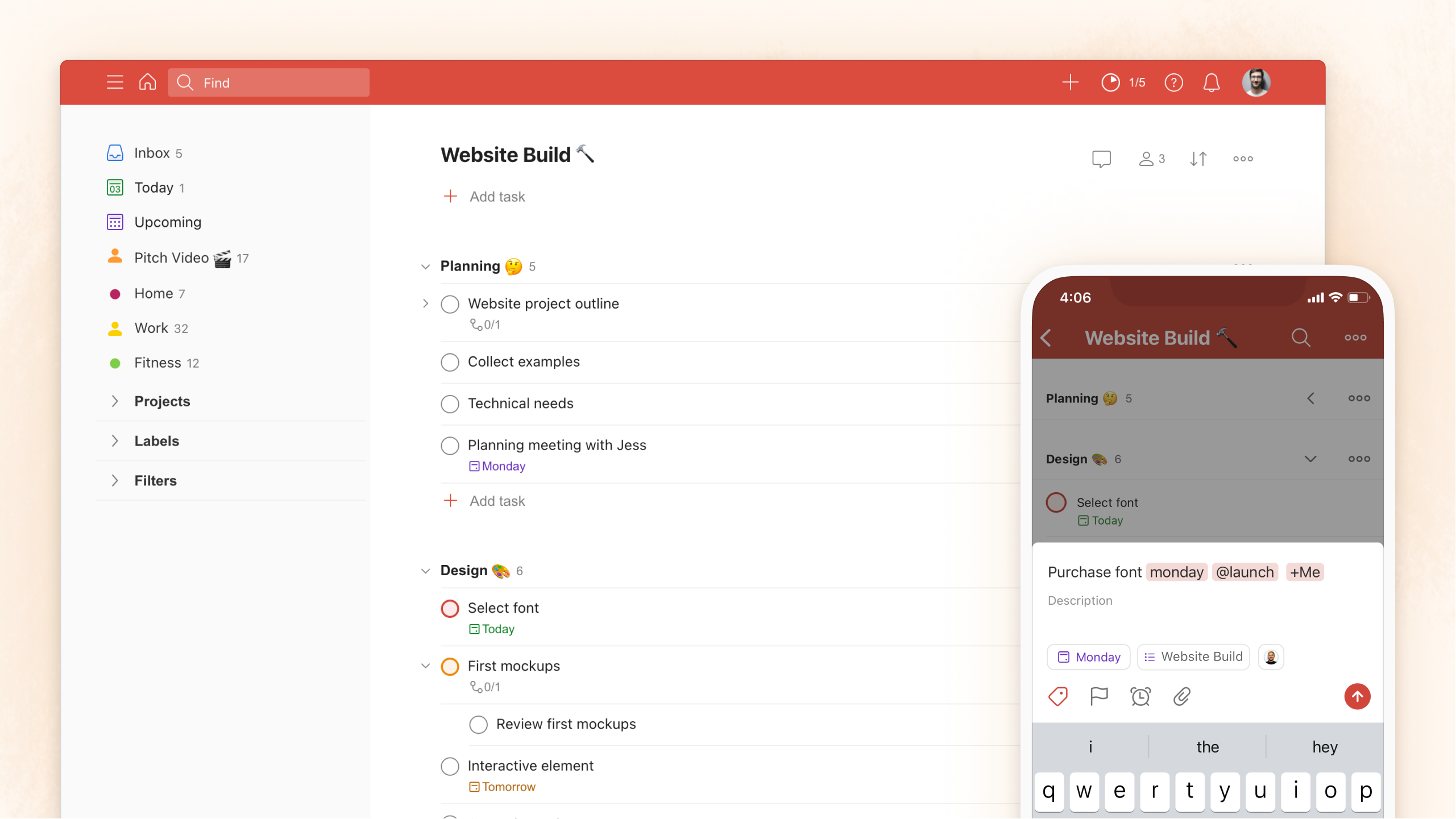 Todoist is an award-winning task management app built by a remote-first team, helping over 25 million people stay organized & productive. It's a simple yet powerful to-do list app, available on every major platform. Capture important tasks into projects, set priority levels, collaborate with your team, and sync tasks across their devices. Get started for free at Todoist.com.

Improve your next remote call with accessibility tools

The stigma against the term “accessibility” has made many ignore free and useful resources that can alleviate the stresses of remote work. At the recent Interaction Design Association conference, Beatriz González Mellídez, an accessibility and digital inclusion lead at the French IT firm Atos, highlighted several accessibility tools and practices we should adopt:

Sponsor content by University of Wisconsin Extended Campus
Optimize the connection between people, planet, and prosperity. Learn sustainability skills and principles that have the power to transform our workplaces and communities with a degree or certificate from the University of Wisconsin. Courses are 100% online and begin May 31.

For the 420 marijuana holiday, marketing-savvy cannabis brand Gossamer created a hotline for people who may have indulged in one too many hits to get any work done today: 202-TOO-HIGH

Today’s Memo was written by Sarah Todd and Anne Quito and was edited by Francesca Donner. The Quartz at Work team can be reached at work@qz.com.