Skip to navigationSkip to content
This story was published on our Weekend Brief newsletter, Analysis and insights on one big news item of the week, plus the best of Quartz.
By Hasit Shah & Courtney Vinopal
Published February 12, 2022

Defeat is a fact of life. We all lose at some point, no matter what we’ve chosen to do, or where circumstances have led us.

Elite athletes competing at the Super Bowl and Winter Olympics will lose in public, often under intense pressure. After a lifetime of training, and the extraction of every ounce of talent, they must also learn to deal with the trauma of defeat.

But there is much to learn from the victories that sometimes follow. The comeback is the grandest of all sporting narratives, after all, and the idea of redemption is built into the foundations of humanity. How do we redeem ourselves? Do we even try?

Soccer star Mohamed Salah, devastated by defeat on Sunday in the final of Africa’s biggest competition, the Cup of Nations, came close to a kind of immediate redemption just days later. Emerging off the bench for Liverpool to a standing ovation, the “Egyptian king” dropped a shoulder, shimmied past a defender, and smashed the ball against the crossbar. So close.

US athletes Lindsey Jacobellis and Nathan Chen won gold this week after past Winter Olympic disappointments. But they themselves don’t necessarily think in terms of redemption. Doing so, Jacobellis told the New York Times, would have distracted her from the “task at hand.”

Chen shared a piece of advice from fellow Olympian Evan Lysacek, who encouraged him to think about life after the Games: “Win or lose, you’re going to go home, and you’re going to continue the life that you had.”

There’s no one rule or formula for dealing with setbacks when you’re competing among the best of the best, says Mark Ayogi, a sports psychology professor at the University of Denver. “There’s only what people have found works for them.”

But it can be useful to put things in perspective, Ayagi adds. When an athlete—and anyone else—thinks of their profession as what they do, rather than who they are, they may have an easier time “returning to a functional state quicker.” Whatever you do, and whether or not you seek redemption, keep trying. 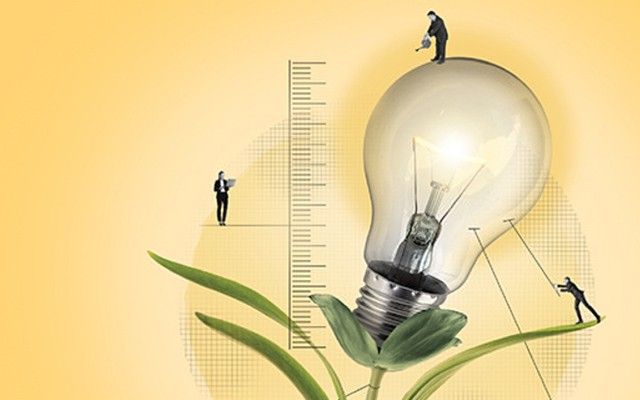 Innovation has an image problem. The 'i-word' is invoked so often, and by so many, that it has come to mean at once everything, and as a result, nothing at all. Yet, with Deloitte’s inaugural Innovation Study, we hope to clarify what this business-critical concept means to business and technology leaders working in the trenches today. To this end, Deloitte surveyed and interviewed more than 400 business, technology, and innovation leaders across six industries in the United States on the topic of innovation, and how they are moving beyond the buzzword toward a new and improved understanding of the state of corporate innovation programs.
Propel your innovation

“And what I know from that kind of pressure is: It is not easy to win. Ever.” —Mikaela Shiffrin to the Associated Press, regarding Simone Biles’s exit at the Tokyo 2020 Olympics

When skier Mikaela Shiffrin exited her second race of the week, and was clearly devastated afterwards, gymnast Simone Biles tweeted a message of support.

Biles herself was heavily criticized by some for dropping out of the Tokyo Olympics last summer for mental health reasons. She and tennis star Naomi Osaka, who pulled out of both the French Open and Wimbledon for similar reasons, helped kickstart a conversation about the mental toll elite sports takes on athletes.

Olympians haven’t just had to deal with the everyday stress that comes with being an elite athlete over the past year—they’ve also been forced to perform in empty arenas because of covid restrictions. The usual roaring crowds have been absent in both Tokyo and Beijing, and many athletes are competing without close friends and family in the stands.

Sports psychologists are divided on whether a lack of an audience helps or hurts athletes, but the concept of social facilitation suggests they tend to perform better in front of fans.

According to psychology professor Daniel Wann, “If there’s a lack of an audience, theoretically, you should see across-the-board maybe not quite as high a level of performance as you would have before.”

Need more Olympics in your life? Sign up for Need to Know: Beijing Olympics, a limited email series that will tell you everything you need to know about the people, politics, and pandas of the controversial Winter Games in Beijing.

🧊 Is freezing your eggs worth it?

🌊 Black communities face the highest risk of future US floods

⚓️ The search is on for relics of a shameful history. National Geographic reports on divers training as archaeology advocates to document the wreckage of slave ships around the world.

🍷 Millennials aren’t drinking enough wine. Sales of American wine could fall by 20% in the next decade as millennials turn to other drinks, the New York Times reports.

🤑💵💰 Custom strings of emojis are now for sale. Similar to NFTs, these so-called “Yats” can cost hundreds of thousands of dollars, says the Wall Street Journal.

🍆 There are limits to sex tech. Sex toys typically fly off the shelves around Valentine’s Day, but there’s a gap between what these products promise and what they can deliver, Lux Alptraum writes for Wired.

Innovation has an image problem. The 'i-word' is invoked so often, and by so many, that it has come to mean at once everything, and as a result, nothing at all. Yet, with Deloitte’s inaugural Innovation Study, we hope to clarify what this business-critical concept means to business and technology leaders working in the trenches today. To this end, Deloitte surveyed and interviewed more than 400 business, technology, and innovation leaders across six industries in the United States on the topic of innovation, and how they are moving beyond the buzzword toward a new and improved understanding of the state of corporate innovation programs.
Propel your innovation