And, Delhi and Mumbai will house the maximum number of these millionaires over the next decade, according to a report published by South Africa-based New World Wealth. Currently, Asia’s third largest economy has 236,000 HNIs—a number expected to grow by 105% in the next 10 years.

Mumbai is currently home to about 41,200 millionaires, while Delhi has about half that number at 20,600. These are the only places with more than 10,000 millionaires in India. Over the last 15 years, both have seen an over 300% rise in the number of millionaires. 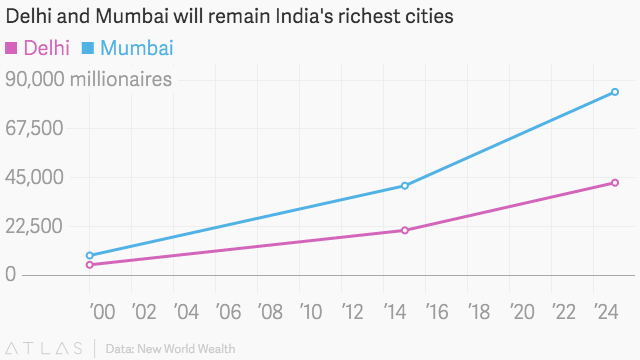 Here are the top 10 cities in the Asia Pacific region where the number of millionaires will grow the most:

In India, however, many emerging cities are giving Delhi and Mumbai a run for their money. These include the IT hubs of Pune, Bengaluru, Chennai and Hyderabad, where millionaires will grow by over 100% over the next decade. Yet, compared to Delhi or Mumbai, each of these cities would still house fewer than 20,000 millionaires by 2025. 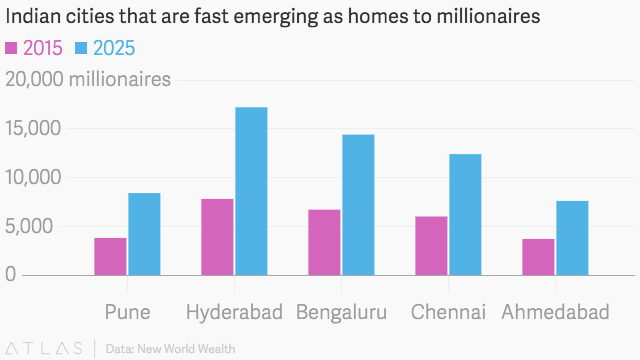