Although the oil world continues to watch Saudi Arabia and the US with baited breath, it also should probably be keeping an eye on India.

The biggest headline coming out of the International Energy Agency’s latest oil market outlook is that the IEA doesn’t expect oil prices to get back to normal until 2017, but one tidbit from the report shows the potential for another big energy shift on the global markets’ doorstep: India is set to surpass Japan as the world’s third-largest consumer of crude oil, behind the US and China. 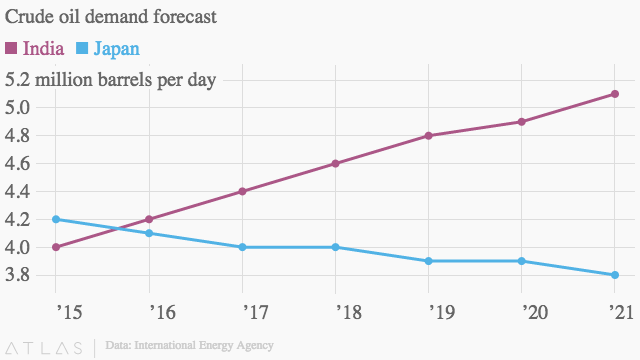 Indeed, oil imports for the last BRIC standing have surged in the last couple decades, from just 34 million tons in 1997 to 187 million tons last year. Plus, India has made building and improving highways a huge priority, which will likely encourage more people to do more driving, even as the country cuts fuel subsidies.

“Indian consumption races ahead as more motorists take to the roads, while Chinese demand growth cools in tandem with the economy,” the IEA wrote in its summary of the report. 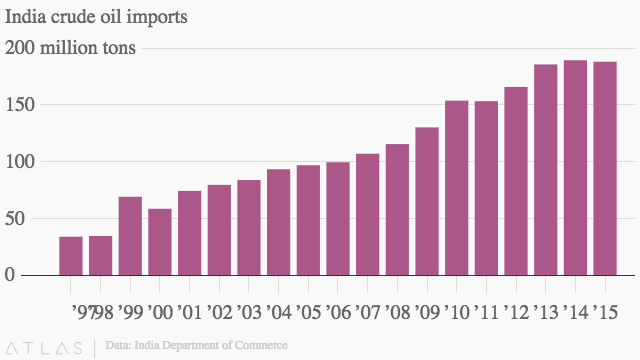 Granted, the US and China will still be leagues ahead in terms of consumption. But it’s clear where the growth is. By 2021, US oil consumption is expected to fall slightly from 2015 levels—and while China’s consumption is still expected to rise 21.4% over that timeframe, India’s is forecast to grow even more, at 27.5%. 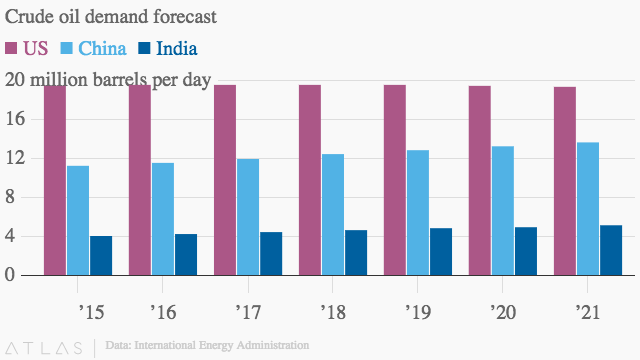