Since 1976, our company has spun yarn for some of the world’s top fashion brands. With the industry continuously called to task for its wasteful ways, this year we created an upcycling system in Hong Kong, with the aim to recover the value of a discarded garment and to create a new (and renewable) resource.

The sustainable initiative we built is called the Billie System. It processes up to three tons of excess stock every day and converts it into upcycled slivers, which can be blended with other fibers and re-spun into yarn to create new garments.

Sounds impressive, right? Except that it’s a paltry effort in the face of our staggering textile waste problem.

In Hong Kong, where we’re based, we churn out 340 tons of textile waste every day. Our upcycling system, housed in a 20,000-square-foot facility, tackles barely 1% of that waste.

A survey of the rest of the world paints an even more alarming picture: The US delivers an estimated 12.7 million tons of textile waste to landfills a year; China produces a whopping 26 million.

At the rate we’re going, we need upcycling and recycling facilities to be as ubiquitous—and accessible—as convenience stores in every city if we really want a shot at processing the amount of waste we’re putting into landfills. In case it’s not obvious, that’s not going to happen.

Sustainability is the new black

So here’s the 3 trillion-dollar question: Can we actually make fashion sustainable?

Considering that the industry creates some 150 billion pieces of clothing for 7 billion humans each year, the sobering reality is that no, we can’t. Any model that encourages more consumption than is necessary is inherently unsustainable.

The correct question might now be: What can be done?

A system such as the Billie has its merits, but it also has its limits. In our case, it made sense for our company because of what we already have in place: a textile mill in Zhuhai, a city in China’s southern Guangdong province that borders Macau, which brings the distance of our garment-to-garment process travels to a mere 64 kilometers (just under 40 miles).

But a project like this may not be as practical elsewhere. And adding more production lines to the Billie so it can process more waste isn’t quite as simple as it sounds. Sending the world’s textile waste to Hong Kong to process doesn’t make sense, either.

In other words, duplicating the technology behind the Billie so it can be applied everywhere is a thrilling possibility, but that, too, would weigh heavily on the environment.

Anticipating excess inventory is the norm, which makes it impossible to escape being wasteful.

In the US, for instance, where only 3% of clothing in stores are made in the country, it means having to transport recycled fibers to places such as Bangladesh, China, Vietnam, and others, where the remaining 97% of clothing that retails in America is actually created, and then importing the final products back to the US.

Enter the circular economy, which proposes a closed-loop process of consumption. For supply chains such as the one in our company, the premise is simple. It encourages manufacturers to use waste as a resource instead of dumping materials and further burdening the planet.

o illustrate, harvesting crops such as cotton, used in 50% of the world’s textiles, involves up to 20,000 liters of water per kilogram. Finding a worthy replacement then saves a staggering amount of water, and relieves our cities of a portion of waste.

Here’s why that’s still just not enough: Material innovation only chips at a larger problem that can’t be solved by technology, advanced as it stands today. Under the linear system we’re accustomed to, cities consume more than 75% of natural resources, produce more than 50% of global waste, and emit between 60% and 80% of greenhouse gas emissions.

Addressing the problem at its very core requires something intangible: a change in perspective in the part of various stakeholders, including retailers, consumers, and suppliers.

Real change needs to be uncomfortable—for everyone

While retailers around the world are seeing that their impact on the planet is worth at least a conversation, and more brands are reviewing their supply chains and use of natural resources, might there exist a better path to sustainability?

In July, Spanish fast-fashion giant Zara committed to zero-discharge of hazardous chemicals from its supply chain by 2020, and vowed to eradicate single-use plastics by 2023. The sustainable cotton communiqué, a pledge to use 100% sustainable cotton by 2025, recently united brands including Nike, H&M, Ikea, Levi’s, Marks & Spencer, Woolworths, Adidas, Burberry, Timberland, as well as Kering Group’s portfolio of luxury fashion brands.

The media’s response has been mixed, with a fair amount of criticism. And perhaps rightfully so.

Here’s the thing. Retailers behind “sustainable” endeavors aren’t actively trying to deceive consumers; it’s just that the term “sustainable” has been so vastly and loosely defined, to the detriment of the movement itself. Unfortunately, not only do vague definitions allow everyone to perform the bare minimum and call it a day, these also encourage the belief among consumers that purchasing sustainable products is enough.

That sale seasons—note the plural—are a standard in most brands’ calendars is a testament to the state of overproduction in the fashion industry. Anticipating excess inventory is the norm, which makes it impossible to escape being wasteful. But does it have to be?

In crafting decreased quantities of products and fewer collections each year, retailers elevate the value of their inventory and reduce dead stock. Both suppliers and retailers must recognize that studying supply and demand is inseparable from any strategy rooted in sustainability. The decision-makers behind these companies are in a unique position to consider and address how promoting a surplus of inventory impacts the environment and even societal culture.

For our part as suppliers and textile companies, a regular review of operations and systems is necessary. Efforts to improve efficiency and ensure consistent quality in the manufacturing processes must be made so that waste in the form of “buffer production” is minimized. Ideally, production output should be exactly the order quantity placed by the customer, not more.

Just as importantly, consumers and governments need to work together to identify paths toward real solutions. Within communities, more education and awareness is essential.  At a strategic level, there needs to be incentives, policies, bolstered enforcement measures, and sufficient funding that can not only encourage, but make mandatory a culture of recycling.

In short: Governments must make this a priority. Countries frequently cited among the top recyclers on the planet, including Germany, Japan, South Korea, Slovenia, and Austria, draw their success from key action points that make recycling a near-seamless operation, beginning with individual households. This means the burden can’t rest entirely on the fashion industry and its suppliers, or even our governments.

Thinking within the confines of a circular economy poses one of the biggest creative challenges of our generation, and old habits die hard. What the movement requires, far beyond the idea of Billie systems in place in the world’s biggest cities, is to hold ourselves accountable—because we are.

We need to change the very way we live and consume if we want to make an impact. 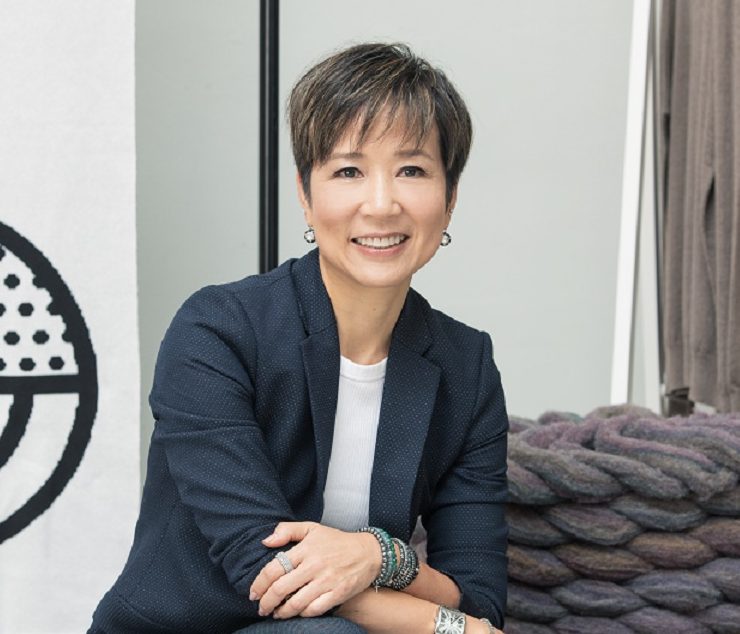