Skip to navigationSkip to content
This story was published on our Quartz Africa Weekly newsletter, News and culture from around the continent.
By Jordan Weinstock

Executive Assistant based in New York

Who has the right to name an African movement? Nigerians don’t think it should be a white person living in Europe.

Last week, Twitter users turned their attention to Trish Lorenz, a Berlin-based journalist whose book Soro Soke: The Young Disruptors of an African Megacity, co-opts a Yoruba phrase that rallied Nigerians protesting police brutality in Oct. 2020, and uses that movement to profile the changemaking scene in tech and other aspects of Nigerian society.

It could have been another foreigner’s view of Africa. But not only did Lorenz repeat a cardinal white savior sin of claiming to tell a “little-told” story of “the dreams, and aspirations” of Africans, she made a major judgment error claiming to have coined “the Soro Soke generation.”

African journalists and scholars were swift in regretting another weak western narration of Africans’ lived realities. Cambridge University Press and its bookshop blame the claim on an unintentional error but stood by the book.

Lorenz’s book built on her winning essay about what it means to be young in an aging world, a subject that must discuss Africa since the continent houses the world’s youngest people. But Lorenz’s haughty gaze and erasure of meticulous, real-time African storytelling resurfaced the publishing elite’s blindspot. “White people who ‘study’ Africa write for their fellow whites,” said Wunpini Fatimata Mohammed, an assistant professor at the University of Georgia’s College of Journalism & Mass Communication.

Will another author make Lorenz’s mistakes? Don’t bet against it. But as the linguist Kola Tubosun argued, a good response to such unforced errors is to center African storytelling, in this case a proper account of the #EndSARS “Sọ̀rọ̀ Sókè” period. —Alexander Onukwue, west Africa correspondent

🤔  The challenge: The clinical trials required to verify claims of effectiveness for medicinal products can take years, cost a ton of money, and prove difficult to carry out in African countries that lack sufficient infrastructure. Thus many herbal medicinal products never go through trials, and are marketed as mere supplements.

🌍  The road map: There are few large-scale companies in the industry, which is dominated by small businesses in the informal sector. Innovative entrepreneurs are needed to champion business models that will attract funding to alternative medicine.

💰  The stakeholders: Other than self-funding small- and medium-scale businesses, there are a few bigger players in the space. US-based Enygma Ventures, South African liquor company Distell, and venture capital firm Invenfin (an arm of Remgro) have made investments in the sector.

Learn more about Rev. Anselm Adodo, a Benedictine monk, ethnobotanist, and medical sociologist who founded Paxherbals, in the most recent edition of the Quartz Africa Member Brief. Paxherbals, which combines indigenous knowledge with scientific research and modern production methods, boasts multiple laboratories, a production plant, a herbarium, and farms for growing medicinal plants.

To get the Member Brief directly in your inbox, sign up for a free trial of Quartz Africa membership.

Starlink begins its search for rural African users. Alexander Onukwue explains why Starlink bringing its $599 kits to Nigeria and Mozambique later this year, after getting government approvals, will be a hard sell.

Swvl lays off a third of its workers. Egyptian bus-hailing startup Swvl made this announcement only two months after going public on Nasdaq. Alexander Onukwue explains what the company blames for the action.

Africa needs better cities, not more cities. A summit held in Kenya last week focused on the need to upgrade Africa’s towns into cities. Faustine Ngila opines that the continent should prioritize dealing with hurdles in its current cities before creating news ones.

Fenty’s African launch did not include makeup influencers. Alexander Onukwue explores how that may affect patronage in the eight countries where the company’s beauty and skin products are now available in stores.

Covid made Africa the saddest continent. Though Africa had among the lowest death and infection rates during the pandemic, the continent was not saved from the economic ravages of covid-19. Faustine Ngila looks into the sobering findings of the World Happiness Report.

French-speaking nations in Africa have long been sidelined in startup funding. Though west Africa was the most attractive region in 2021, attracting 33% of the overall amount of deal shares, the region owes its pole position to Nigeria, Africa’s largest economy.

2021 showed encouraging signs for Francophone countries with the region registering its first unicorn by way of Wave, a mobile money services provider that took on telecom giant Orange forcing it to match its competitive offer for transactions services. The startup’s $1.7 billion valuation sent an important signal to VC investors on the lucrative deals that could exist beyond the imaginary language barrier. Ndeye Diarra Diobaye posits though that what Francophone Africa’s VC space needs is self-agency model. 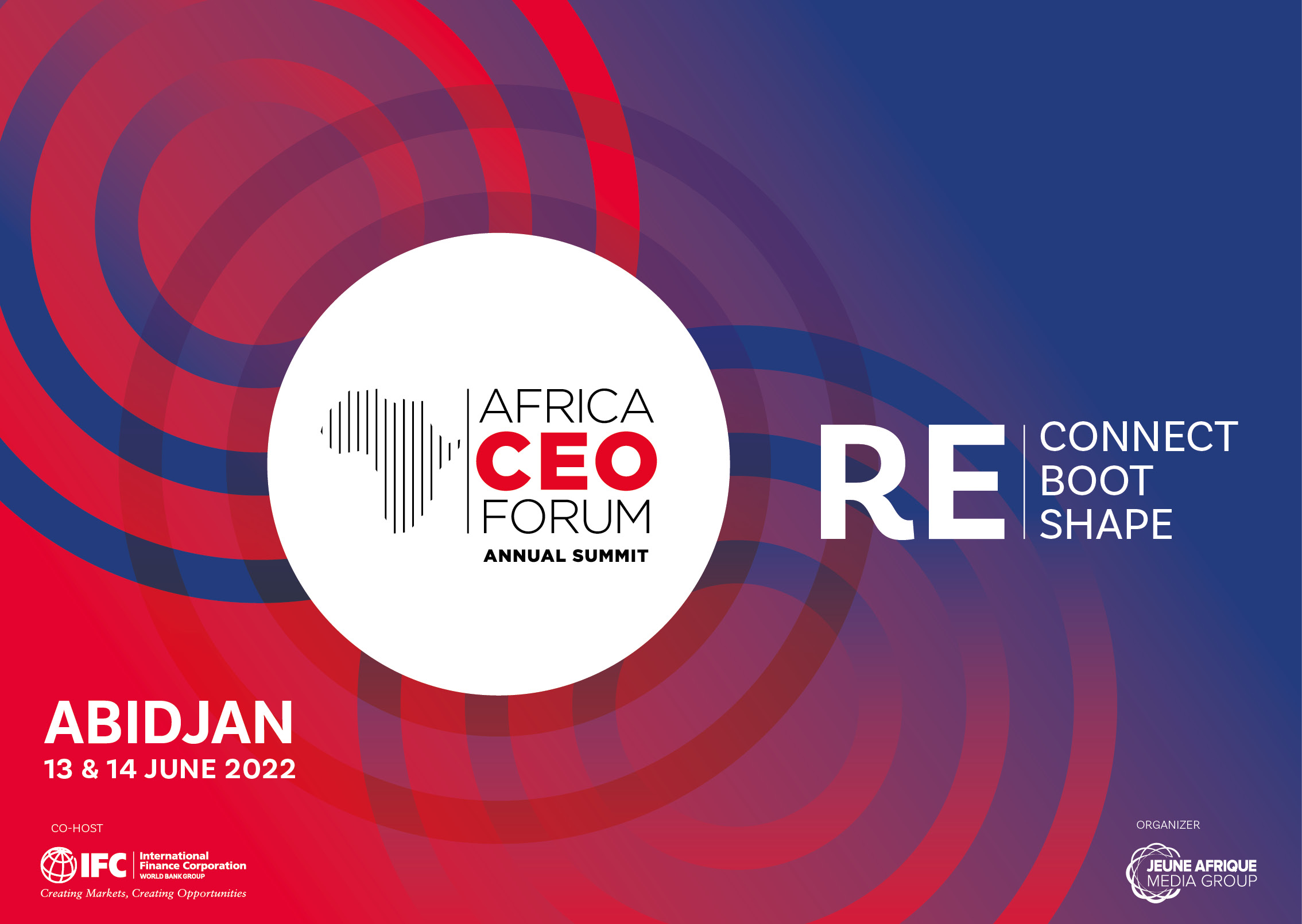 Only 3% of articles about Rwanda in top academic journals are by Rwandan researchers. This is despite the fact that the country has been extensively written about, especially as it pertains to the 1994 genocide.

Felix Ndahinda, Sandra Shenge, Jason Mosley, Nicola Palmer, and Phil Clark explain the complex reasons why this is the case and detail the stories of Rwandan researchers starting to be considered experts on their own country.

Appetito, an Egyptian grocery delivery company, bought Lamma for at least $10 million. The latter operates in Tunisia and Morocco, and gives Appetito more human and engineering resources to claim a larger share of the North African grocery delivery market. Appetito started as an Instacart for Egypt in March 2020.

Betastore, a Nigerian startup for retailers to stock consumer goods, raised $2.5 million. Investors in the round include 500 Global, VestedWorld, and Loyal VC. Betastore’s B2B ecommerce sector is seeing large interest and includes other venture-backed companies like TradeDepot, Omnibiz, Sabi, and Alerzo in Nigeria alone.

Talk360, a South African startup, raised $4 million in a round led by HAVAÍC, a South Africa-based firm. Talk360’s product is an app that enables phone calls across Africa. But the company’s ambition is to integrate various payment methods to make money transfer fast and easy.

That title now goes to the US. Bilateral trade between the US and India stood at $119.4 billion in the financial year ending March 2022, ousting China from the top spot—up from $80.5 billion the year before.

It’s not the first time the countries have leapfrogged one another in the rankings: China most recently took the top trading spot from the US in 2020.

It’s likely that bilateral trade between India and the US will continue to grow. India is part of the newly formed, US-led Indo-Pacific Economic Framework (IPEF). The 14-country economic agreement, which does not include China, aims to strengthen US alliances and economic cooperation in the region

Tanzania is preparing for 5G rollout. Tanzania is following in the footsteps of its eastern Africa peers Kenya, Uganda, and Ethiopia in the auction for 5G spectrum. Alex Malanga of The Citizen reports why the government is keen on this technology.

You can view Sudan’s pyramids from your home. Google is working with Unesco to offer users virtual tours of the Pyramids of Meroe in Sudan through immersive technologies. The National News’s Alvin Cabral explains how it works.

How did 400 elephants die in Botswana? This is the question that the Botswana government is struggling to find answers to after a series of investigations. Jonathan Moens of The National Geographic reports  on this mystery in the Okavango Delta.

Drones communication comes to Malawi. Drone manufacturer Wingcopter has chosen Malawi as its entry point to Africa. Its communication system is expected to help drone pilots deliver drugs to those who live on otherwise impassable roads in rural Malawi, Suas News reports.

Mali finds itself in the Russia-Ukraine muddle. After Mali accused France of orchestrating a massacre in the past decade, Russia is supporting former’s push to hold the latter accountable. Ramzy Baroud of the Middle East Monitor explains this curious partnership.

Get financed in your disruptive technology project. Do you live in Egypt or South Africa? You stand a chance to receive funding for your health, agriculture, water, or renewable energy project. (July 30)

Financing small but growing businesses. Grofin Grants is looking to finance operations for 80-100 small businesses per year at a total cost of $100 million. They should be based in Nigeria, Ghana, Zambia, Egypt, South Africa, Kenya, Tanzania, Rwanda, or Uganda. (Year-round)

Our best wishes for a productive and ideas-filled week ahead. Please send any news, comments, suggestions, ideas, green bitcoin, and Starlink kits to africa@qz.com. You can follow us on Twitter at @qzafrica for updates throughout the day.