The Jan. 6 committee laid out the case against former US president Donald Trump. In the first public hearing on the insurrection, several of Trump’s allies rejected his claims of voter fraud.

CEOs called for legislators to address America’s “gun violence epidemic.” The letter, signed by 220 business leaders, comes as a gun reform bill passed a vote in the US House, but faces an uphill path in the Senate.

Regulators are taking a closer look at reports of Tesla’s “Autopilot” crashes. The preliminary investigation turned into an engineering analysis, which could lead to a recall.

Sriracha sauce is in short supply. The southern California-based manufacturer of the popular condiment had to suspend production after a prolonged drought caused a chili peppers shortage.

It’s still flu season. Diseases that waned due to covid-19 restrictions are coming back with a vengeance. 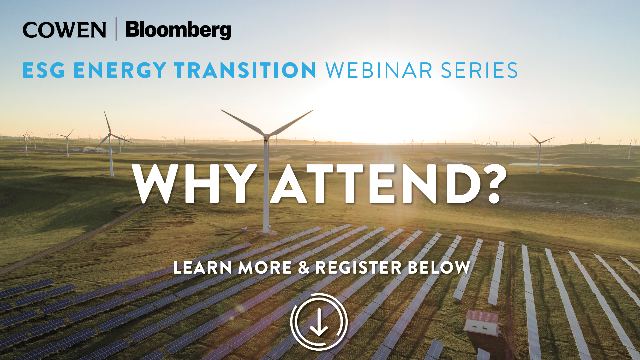 Will one monolithic technology or approach ultimately emerge to dominate the transition to clean energy? How should investors consider such a possibility? Cowen is excited to announce a 3-part energy transition webinar series in partnership with Bloomberg Intelligence that aims to answer the pivotal questions surrounding energy transition and its impact on investors.
Register here

As the Russia-Ukraine war drags on, the global food crisis threatens to get worse. Russia and Ukraine together export more than a quarter of the world’s wheat. The global food system had already been weakened by covid-19 and the climate crisis, but now there’s more to keep an eye on.

Ukrainian farmers’ next harvest starts in late June. Ukraine shipped much of last summer’s crops before the war, and the silos that are undamaged are full of corn and barley. So farmers have nowhere to store their next harvest, which could rot.

Russia is still managing to sell grain. The country has stolen up to 500,000 tons of grain from Ukraine, and is trying to sell it to drought-stricken African countries.

Globally, food prices remain high. With wheat prices continuing to rise, countries like Spain are using feed grain to fill the gaps in its flour production.

Food’s friend gets a buzz

Another threat to global food production is a declining bee population. Bees, which contribute an estimated $217 billion to the global economy and are awfully cute, have increasingly needed protection to keep food systems secure.

This week, California gave four species of bumblebees endangered species status. The newly expanded law means bees are more likely to be kept in their native habitats, giving them a better chance for their populations to rise again.

Check out the newly protected bees, as visualized by Quartz reporter Clarisa Diaz. ✦ Love stories like these? Support our journalism by becoming a Quartz member today and get 40% off.

Be careful what you ask for, Musk

Elon Musk’s latest objection to his bid to buy Twitter is that the company hasn’t provided enough information, specifically related to bot activity. But that legal argument got hosed down after Twitter threw Musk much, much more information than he asked for.

The amount of data Twitter sent Musk will be nearly impossible to parse without a team of data scientists to decipher what is bot activity and what isn’t, determine what users are “monetizable” and when they logged in, and then surmise how many bots were counted as monetizable users.

500 million: Tweets per day comprised by the data in the firehose

2019: The year Twitter came up with its own stat (monetizable daily active users) for how many people it can serve ads to

$1 billon: Musk’s breakup fee, but it’s not like he can just pay it and walk

🤔 Why Netflix should buy Roku

👀 Three signs the US housing boom is petering out

😩 Why Ethiopia’s local fintechs are worried

Will one monolithic technology or approach ultimately emerge to dominate the transition to clean energy? How should investors consider such a possibility? Cowen is excited to announce a 3-part energy transition webinar series in partnership with Bloomberg Intelligence that aims to answer the pivotal questions surrounding energy transition and its impact on investors.
Register here

Bring back Baywatch! There’s a lifeguard shortage in the US forcing pools to stay shut and leaving beaches unguarded.

Straw dolls resembling Vladimir Putin are popping up at Japanese shrines. The figurines are often used to put a curse on people.

Apple’s iconic “Think Different” slogan is up for grabs in the EU. The bloc’s highest court ruled the trademark was past its sell-by date.

A Galapagos giant tortoise species thought extinct a century ago is confirmed alive. She’s called Fernandina, and she may not be alone.

Half of the ads on podcasts are still read by hosts. But advertisers that want more data are testing out some other ideas. Learn what’s next in the podcast advertising space in the latest episode of the Quartz Obsession podcast.